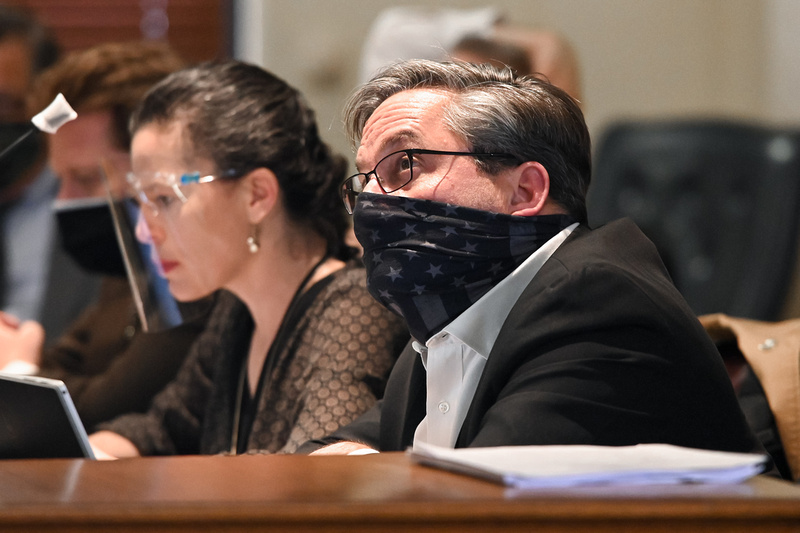 The full Senate will consider a bill aimed at maintaining a place for coal in West Virginia’s energy production.

“It’s our hope that this bill will help stabilize a bad situation by encouraging West Virginia coal usage,” said Chad Francis, a lobbyist with the United Mine Workers of America.

He told senators, “We’d like to maintain what we have right now. Another 20, 30 years, that would be amazing. We’re trying to keep these communities together, these miners working in West Virginia, and any suggestions from you gentlemen and gentle ladies would be amazing.”

The U.S. Energy Information Administration reported this month that less electricity was generated by coal than through nuclear in the United States in 2020.

“The combined effects led coal-fired electricity generation to fall 61 percent since 2008 and to fall lower than nuclear in 2020,” the administration reported.

Conversations about the nation’s energy mix and the reliability of the power grid are happening nationally, particularly after major power outages during a cold snap in Texas last month. But extreme weather events affecting the power grid also have included the 2014 Polar Vortex or the extreme heat in California last summer.

“I don’t think there’s another energy source to generate electricity with that you can put one or two or three months of fuel right on the ground at the power plant,” said Senator David “Bugs” Stover, R-Wyoming on Saturday.

“Something goes wrong, weather goes bad, you can just take your little end loader out there and load up your own at the energy plant.”

The Senate Judiciary Committee passed SB542 on Saturday, effectively the last day to move a bill out of committee with enough time to pass it to the other chamber.

Senators asked questions of United Mineworkers union and coal industry representatives, but did not otherwise discuss the bill before passing it. No representatives of power companies or the Public Service Commission spoke.

Senate Judiciary substituted its own version of the bill for a version that had already passed the Senate Energy, Industry and Mining Committee.

The earlier version had a provision requiring in-state electricity producers to maintain coal consumption at 2019 levels “to the extent feasible” while requiring that all producers maintain a 90-day supply of base fuel on site.

During a committee meeting earlier this month, Chris Beam, president of American Electric Power, was among those expressing concern about the effects of the bill. In its original form, Beam said the bill would have reduced the ability of power companies to adjust to the market for customers.

“You cannot and you should not force onto the customer an uneconomical solution,” Beam told senators March 3.

The requirements of the earlier bill seemed to have been loosened significantly and received only a nod today.

“I think we’ve responded adequately to all the concerns that were raised about this bill,” testified Chris Hamilton, president of the West Virginia Coal Association.

The bill makes a statement of coal’s traditional role in the energy industry and describes how its decline has affected the state’s economy and effects on the power grid.

But still has some practical effects.

The bill provides “procedures to ensure that no more coal-fired plants close and long-term state prosperity is maintained.” One of those ways, according to the description of the bill, is assuring power plants maintain a minimum 30-day aggregate fuel supply of coal.

“This legislation encourages — Capital E, encourages — without imposing any requirements on our state utilities to maintain these huge economic and industrial electric manufacturing generators we have around the state,” Hamilton told senators.

“As we’re all searching for alternative energy strategies and forms, we think it’s absolutely critical that we maintain these electric generators here within the state of West Virginia throughout their designed life. We’re not asking they go beyond that time. We certainly hope and pray they make it to that time.”