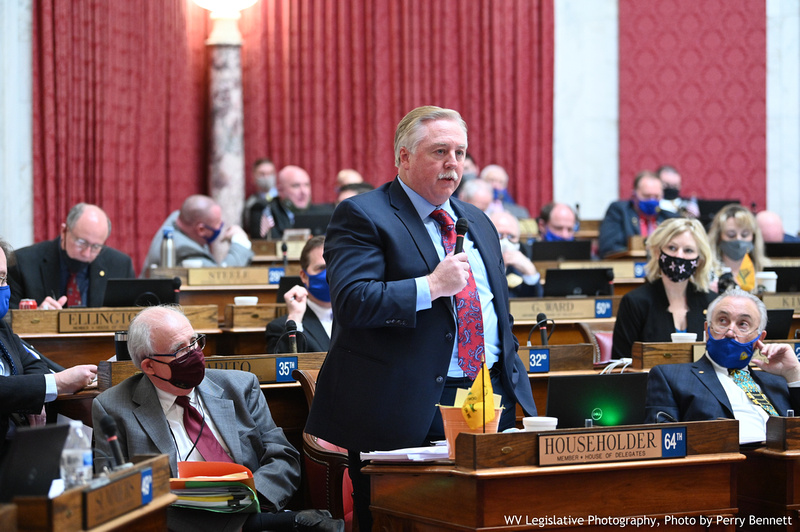 The House Finance Committee has introduced a proposed state budget that initially shows cuts for West Virginia University, Marshall University, a long-sought floodwall in Milton and a veterans nursing home in Beckley.

But delegates have structured the budget so that funding could be made up if the state winds up with a financial surplus at the end of this fiscal year, as it’s on track to do.

Delegates wanted to make sure that was true.

“There would be more than adequate funds for what is listed in that surplus section. Is that what I heard you say?” asked Delegate Paul Espinosa, R-Jefferson.

The answer was yes.

The budget introduced in the House Finance Committee on Monday also envisions cuts to the MARC train that benefits commuters in the Eastern Panhandle and to the Jobs & Hope employment training and addiction counseling program touted by Gov. Jim Justice.

Cuts may be necessary because of legislation that may require revenue reductions, including $75 million next year from the House’s separate income tax reduction bill. That represents half of the annual $150 million income tax cut under the bill, based on going into effect halfway through the fiscal year.

What the House Finance Committee discussed on Monday is not set in stone, as the legislative process could prompt changes — including to the budget bill itself or to the income tax bill.

$17.5 million from the Governor’s Civil Contingent Fund for the Milton Flood Wall, and replaced with anticipated General Revenue surpluses.

$7 million from tourism, and replaced with anticipated General Revenue surpluses.

$7.75 million from the Economic Development Authority.

$3.1 million from the Jobs and Hope vocational program.

$2.5 million from Medicaid, replaced with funds from the Attorney General’s consumer protection fund.

$2.8 million from the MARC train, through the Department of Transportation.

$7 million from the Department of Veterans’ Affairs, representing the Beckley veterans nursing home, to be replaced with anticipated General Revenue surpluses.

$18 million from WVU, to be replaced with anticipated General Revenue surpluses.

$10 million to be cut from Marshall University, to be replaced with anticipated General Revenue surpluses.

There are also smaller proposed cuts to the court system’s budget, the Auditor’s Office, the Department of Education, the Division of Health and Senior Services.

The surplus refers to an annual budget practice of putting additional funding possibilities in order of priority, in case annual state revenue comes in above estimate.

Half of any surplus at the end of the fiscal year is allocated to state reserves, and the other half may be spent.

Governor Justice has described being $200 million ahead of projections to this point for the current fiscal year. That was some assurance for those concerned about possible cuts, but it is no guarantee.

The possible cuts to WVU and Marshall drew particular concern.

“When you were referring to the cuts to the universities, you said the money was in the surplus. Do you mean the money will go back to them?” asked Delegate Sean Hornbuckle, D-Cabell, representing the area around Marshall.

Delegate Joe Statler, R-Monongalia, the area around WVU, asked about the order of the items in line for surplus spending.

“How did you make your determination where that would be?” Statler asked. “Who made the policy decision?”

“I don’t suppose a little old lonely delegate could challenge it could he?” suggested Statler.