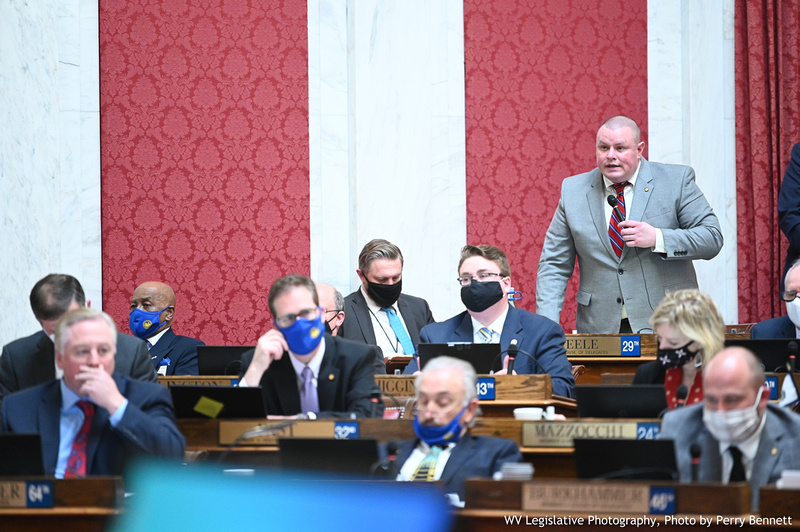 A vote in the House of Delegates could be seen as a litmus test about the odds of passing marijuana legalization in West Virginia.

During debate about a broad-ranging bill to change West Virginia’s criminal code, delegates considered an amendment removing the criminal penalty for simple possession of cannabis by adults 21 and over.

The amendment was defeated narrowly, 46-53.

The amendment was sponsored by Delegate Mike Pushkin, D-Kanawha, and received significant bipartisan support. Not enough to pass though.

“It’s just a simple policy question. Do we think we should tie up our court system, tie up the work of our law enforcement enforcing laws that we’re already not enforcing,” Pushkin said.

“We’re not bringing anything into the state that’s not already here. It’s already here. This simply states that adults in West Virginia, 21 years or older, can make that determination for themselves.”

“This is not a legalization of marijuana. This is a decriminalization,” said Steele, R-Raleigh.

“This does not change the fact that marijuana is illegal in West Virginia. What it does is it stops us from taking our law enforcement and spending hundreds of hundreds of millions of dollars to enforce something that nobody goes to jail on. We keep repeatedly processing people through the system over tiny amounts of marijuana.”

He noted that it would still be a felony to sell marijuana, even with the amendment. Transferring and growing, outside of medical marijuana, would also be considered felonies.

But processing simple possession charges requires resources that could be used for other priorities, Steele said.

“Are you mad at some guy with a nickel bag of weed? Yeah,” Steele said. “But we’re clogging  up our system dealing with that guy so much that we’re not taking care of that really scary guy who is trafficking kids with sex slavery.”

“There’s a certain role for the state, and it should be a very limited role,” McGeehan said.

Other Republicans rose and disagreed.

“If we send the perception to our kids that it’s OK to have a nickel bag of marijuana in your pocket because you’re not going to be arrested, guess what they’re going to do,” said Delegate Rolland “Buck” Jennings, R-Preston.

“Decriminalization is not the same as legalization? Baloney,” said Fast, vice chairman of the Judiciary Committee.