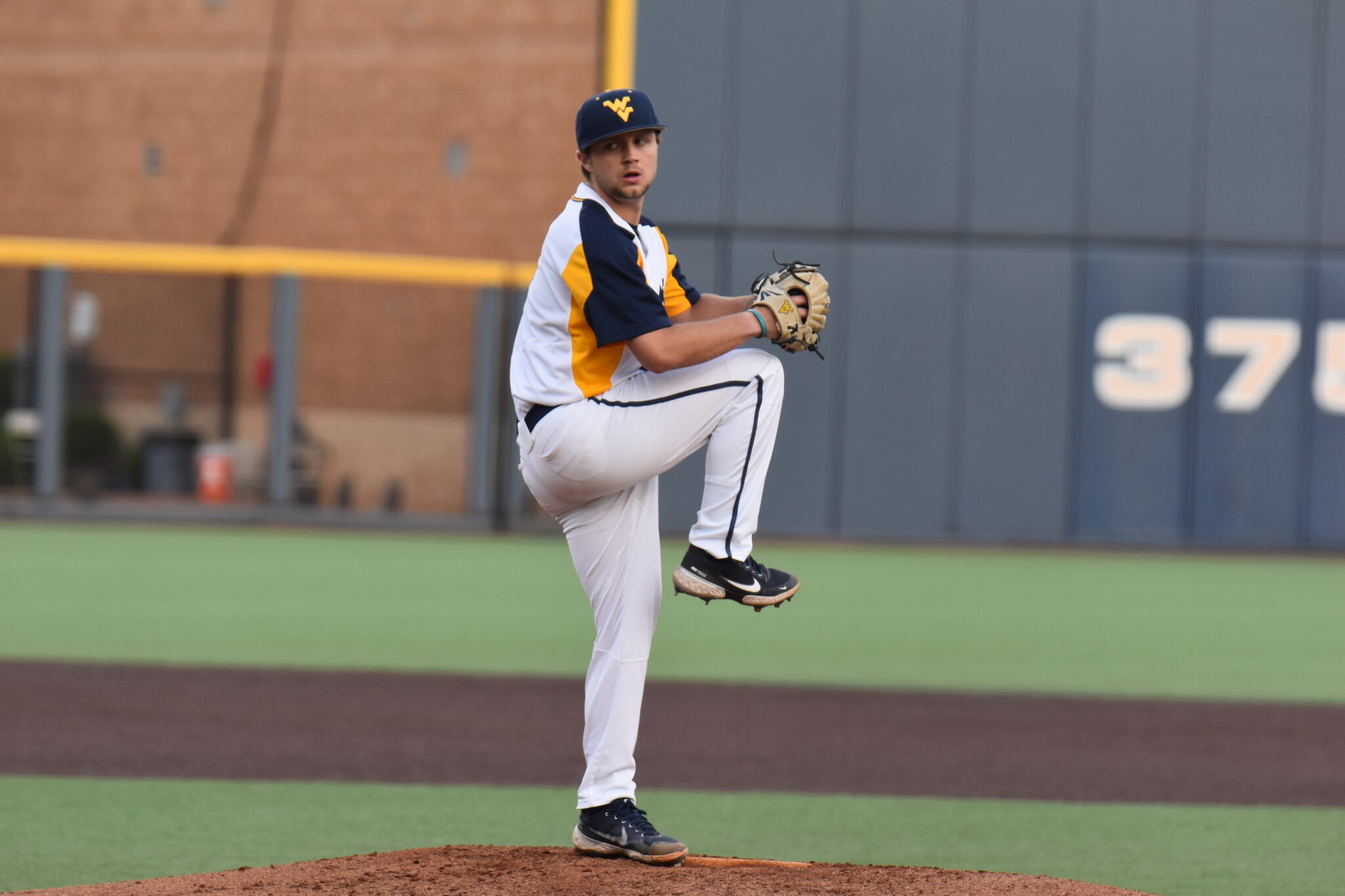 GRANVILLE, W.Va. — West Virginia pitcher Jake Carr hasn’t had the type of sophomore season the Mountaineers envisioned from him to this point.

Improvement from Carr could be critical to the Mountaineers turning their season around, and the St. Albans native took a big step forward in that department Wednesday to help West Virginia get even with Marshall.

“We need somebody else to step up and give us some starts — it’s no secret,” West Virginia manager Randy Mazey said. “I say it every time somebody interviews me that starting pitching is the key to this thing. We’re trying to find pieces here and he has a history of being able to start. It was good to see him throw up some zeros and get some of his pitches back.“

The victory allowed West Virginia (13-14) to even the season series with the Thundering Herd, who fell to 4-20 with a 13th straight setback. Marshall’s last victory came over the Mountaineers back on March 23 in Huntington, 7-1.

“I didn’t have any idea that they had a losing streak,” Mazey said. “I just told the guys you can’t let your in-state rival beat you twice in one season, especially on your home field.”

Carr entered with an 0-2 record and an earned-run average north of 13 in eight appearances and four starts. He got off a shaky start against MU, which got a single from Ryan Leitch to score Geordon Blanton for the game’s first run in the top of the first inning.

But Carr induced an inning-ending double play ball to shortstop Mikey Kluska and had little trouble the rest of the way.

Carr didn’t surrender a hit after the first inning and struck out Cole Williams with a pair of runners on to end the fourth, which also ended his outing.

Austin Davis’ two-out double in the fourth allowed Brophy to score for a 3-1 lead, but McGwire Holbrook was thrown out at the plate on the play to end the frame.

Byorick’s fifth-inning triple was misplayed in right field and enabled Victor Scott to score West Virginia’s fourth run. The lead grew to 5-1 later in the inning when Byorick stole home.

A fielder’s choice from Tyler Doanes brought home Brophy in the sixth, and Byorick drew a base-on-balls with the bags packed to score Holbrook for a 7-1 advantage.

“Even when we were losing and had lost five in a row at one point, I kept telling them the offense is getting better,” Mazey said. “In four or five of those losses, we had a lead at some point in the game. The offense is doing their thing. We have to find some pitchers that once we score can keep the other team from scoring.”

Marshall struck for two runs in the seventh on a Devin Ward RBI single and a throwing error by WVU pitcher Zach Ottinger that allowed Tyler Cox to score.

But the Mountaineers regained their six-run lead in the home half of the seventh when Doanes drove in Davis and Dominic Ragazzo on a two-run single.

Doanes finished with two hits and three RBIs, while Byorick was 1-for-2 with a pair of runs and RBIs. Holbrook was 3-for-3 and Davis added two hits and two RBIs in the victory.

Carr, who struck out three, picked up his first win of the season.

Marshall was held to three hits, including one over the final eight innings. Starting pitcher Ryan Capuano took the loss after allowing two runs in 1 1/3 innings.

The Herd used eight pitchers, while the Mountaineers had seven players toe the rubber.

“It’s all about those guys on the mound,” Mazey said, “and it was refreshing to see some guys throw well tonight.”