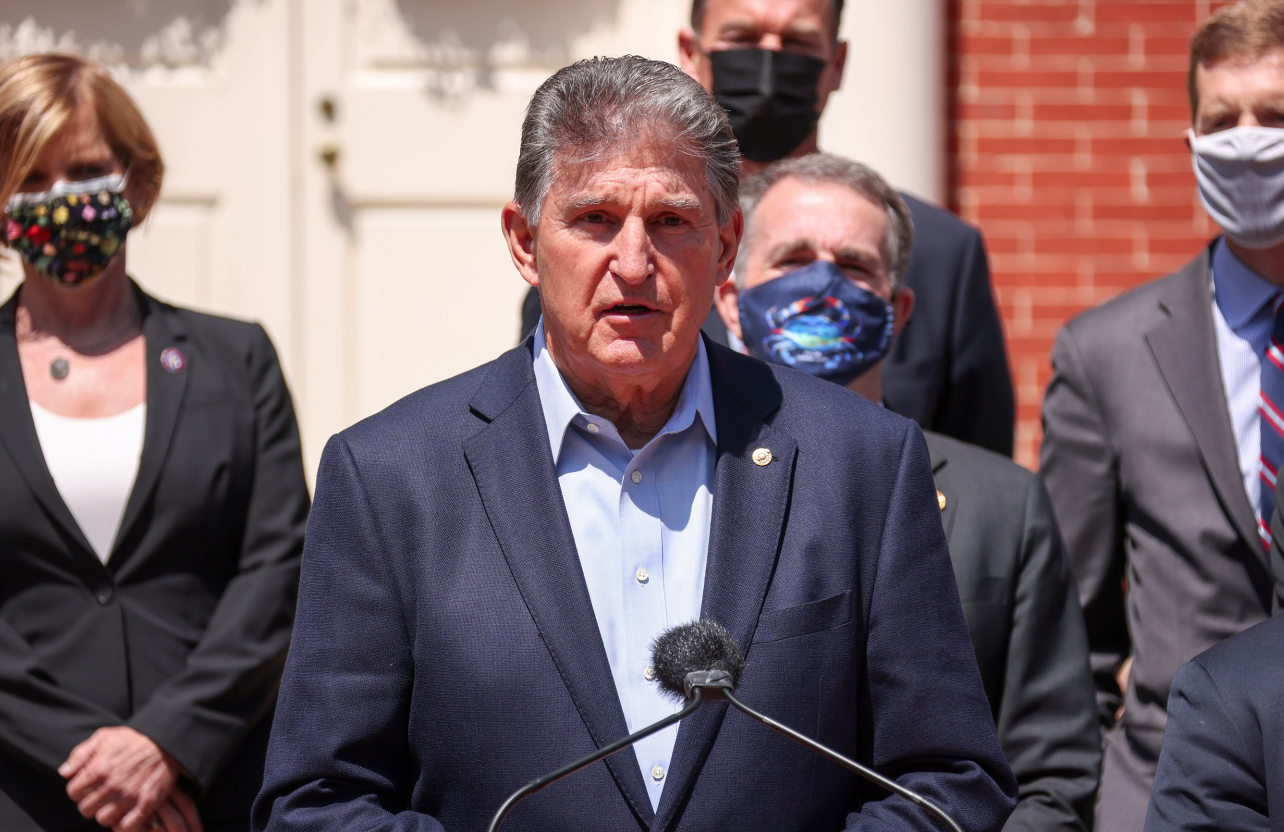 “There is not a greater common cause than infrastructure,” Manchin said. “If we can’t come together on infrastructure in the most toxic atmosphere we’ve had in Washington, then we’re in trouble.”

Manchin participated in an infrastructure summit held Thursday and Friday in Annapolis, Maryland; Gov. Larry Hogan invited fellow governors, U.S. senators and members of the bipartisan House of Representatives Problems Solvers Caucus to the event, which focused on how Congress can reach a bipartisan agreement.

“Although we come from different parties and different levels of government, all of us are united in our commitment to bipartisan action to rebuild America’s crumbling infrastructure,” Hogan said.

President Joe Biden announced the American Jobs Plan last month, which includes $621 billion for transportation infrastructure, $111 billion for upgrading water systems, $100 billion for building high-speed broadband infrastructure, and $100 billion for improving the nation’s electrical transmission system. Funding would also go toward economic and workforce development. The $2.3 trillion proposal is supported by increasing the corporate tax rate to 28% and other changes to the tax code.

Senate Republicans on Thursday announced a smaller plan, which includes $299 billion for roads and bridges, $35 billion for improving water systems, and $65 billion for broadband. Republicans oppose increasing the corporate tax rate — which decreased from 35% to 21% following passage of the 2017 tax law — and instead propose changes to user fees as well as utilizing unspent federal dollars. Manchin has also opposed increasing the corporate tax rate to 28%, instead pitching a change to 25%.

The White House has recommended spending money over eight years compared to the Republicans’ five-year plan.

The House Problem Solvers Caucus suggested funding an infrastructure plan by adjusting the federal gas tax and encouraging a vehicle-miles-traveled program for electric vehicles, although the caucus also stated it is not making any recommendations. The U.S. Chamber of Commerce, the nation’s largest business group, expressed support for the caucus’ plan in addition to hope that Congress will pass a bill this summer.

Manchin said he is confident lawmakers can reach a legislative compromised, but noted legislators should address common goals first. The senator said the Biden plan focuses on “convention infrastructure” — like roads, public transportation and water systems — and “human infrastructure,” the latter of which Republicans and Democrats are split on addressing in a single bill.

“We believe that we should take step by step,” he said.

“Why don’t you take the greatest need that we have and do it on something we all agree on? I think that’s what we’ve come to an agreement on, I think, more than anything else today.”

Manchin is part of a group of 20 senators focused on bipartisanship in the current Congress, and he invited Capito to the group at the start of the year. Some members of the group — Republicans Susan Collins of Maine, Bill Cassidy of Louisiana, Mitt Romney of Utah, and Todd Young of Indiana — participated in the summit.

Governors who attended the legislative summit were Democrats Ralph Northam of Virginia, Tom Wolf of Pennsylvania and John Bel Edwards of Louisiana.

“They have an appetite to want to do something bipartisan. This is doable,” Manchin said. “There are other things we can work on piece by piece, committee by committee.”

Hogan said there are common interests regarding infrastructure as well as a shared goal about passing a bill.

“We recognize that forging a bipartisan compromise on these issues will not be easy, but we all believe that it can and that it must be done,” he said.

Hogan, a Republican, serves as the national co-chair of No Labels, a political group focused on political collaboration. The governor and Manchin participated in a national advertisement campaign for the organization after last year’s presidential election, in which the two urged Americans to respect the results.

Capito, the ranking member of the Senate Environment and Public Works Committee, said Thursday she has already talked with Democratic colleagues and the White House about passing an infrastructure bill. Capito was one of the multiple senators who met with Biden administration officials in February regarding infrastructure priorities.

“We agree that these bills are necessary and that the committees of jurisdiction should be the ones that force the compromise and forge the great policies that we need to make sure that we are meeting this challenge,” she said Thursday.

Psaki said Friday the president will invite the Republican sponsors of the infrastructure plan to the White House for discussions.