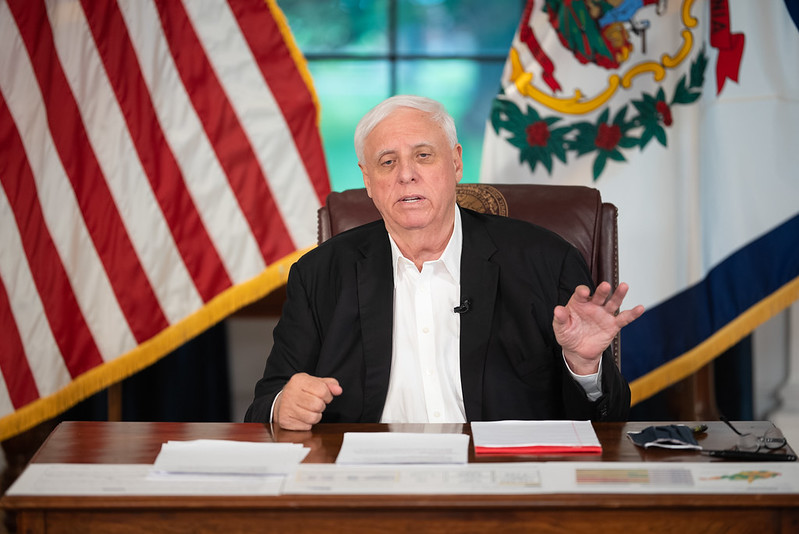 “We’ll have a big celebration,” he said. “Wear your mask just a little while longer.”

By then, Justice said, state health advisers project 65 percent of all West Virginians 12 years of age and older will have been vaccinated.

The governor said that date will be targeted no matter how close West Virginia may be to achieving that percentage.

“I think it’s set in stone. We’ll be close enough,” he said.

But Justice said the state must make a sustained effort to vaccinate the population in the weeks ahead.

“We’re going to call this our call to arms,” Justice said.

The governor is talking about assuring 65 percent of the population eligible for vaccination — rather than the total population — receives shots.

Right now, residents aged 16 and older are eligible for vaccination. Federal and local officials believe that as soon as next week citizens ages 12 and up will receive authorization to be vaccinated.

The governor and his advisers have been focusing on improving the vaccination rate of younger West Virginians.

But they have taken some assurance from the vaccination rate of older residents. Seventy-two percent of residents 65 and older have been vaccinated, according to the state.

“We are once again calling on all West Virginians to help us reach these goals,” said Clay Marsh, West Virginia’s coronavirus response coordinator.

As the health department watches hospitalizations and covid-associated deaths, there are no indications that recent deaths in Kanawha County include anyone who was fully vaccinated against the virus.

“This is evidence that covid-19 vaccines are the key to ending this pandemic and keeping people safe,” Young said.