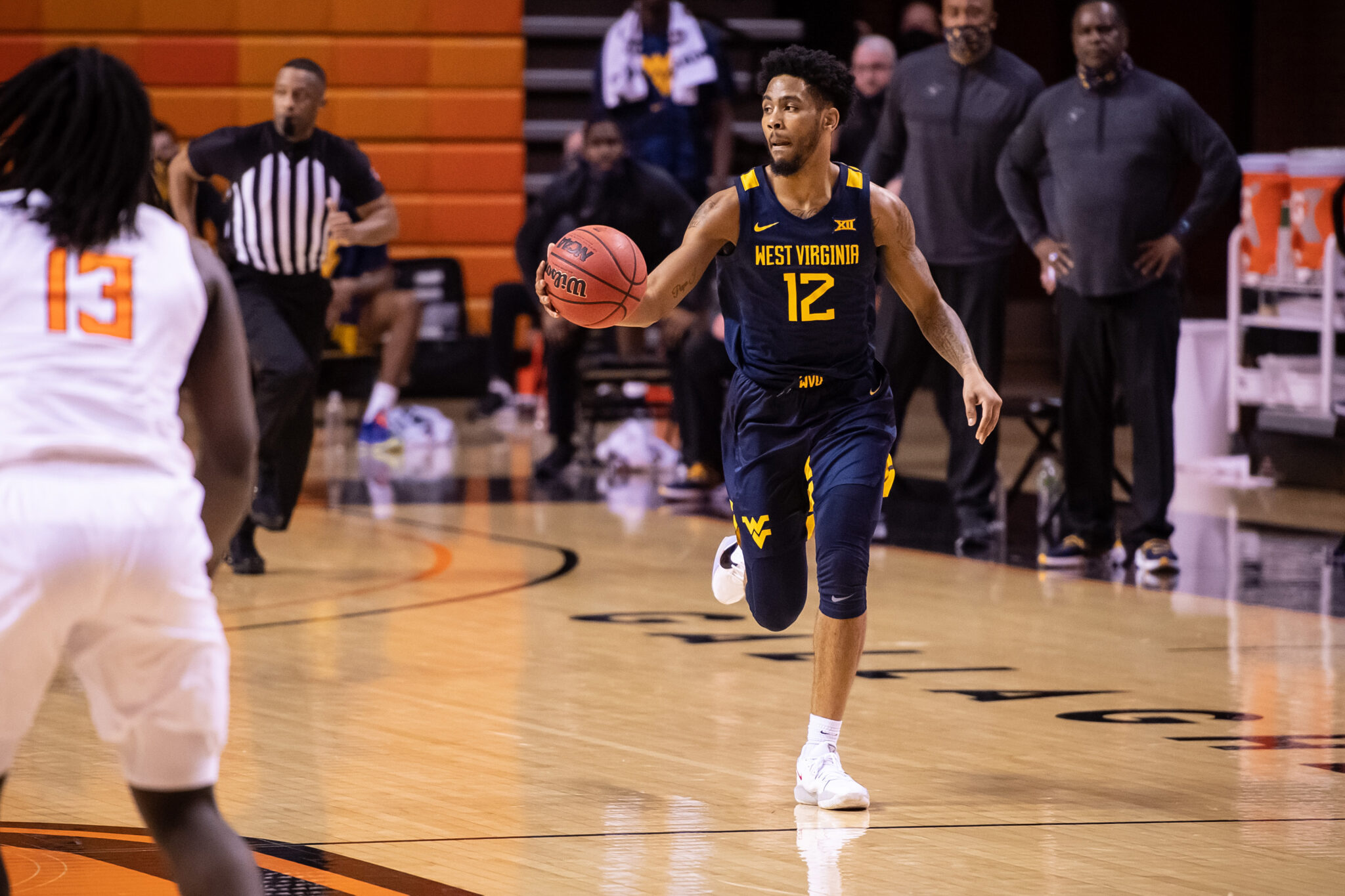 MORGANTOWN, W.Va. — One of the three West Virginia guards weighing professional options for next season has decided to return to the Mountaineers. Taz Sherman announced Tuesday afternoon that he will be using an additional season of eligibility at West Virginia for the 2021-2022 season.

Sherman entered the NBA Draft evaluation process shortly after the end of last season. Sean McNeil and Deuce McBride did the same and have yet to finalize their intentions.

“I was just trying to figure out what the best decision was for me and my family,” Sherman said on Citynet Statewide Sportsline. “Ultimately the decision came down to that and wherever the best opportunity may be, if it was to leave or come back.”

Sherman’s production increased from his first to second season in a WVU uniform. Two seasons ago, he averaged 5.3 points on 38.3 percent shooting. Last season, he averaged 13.6 points and shot nearly 43 percent.

“I improved from my first year here, but I don’t think I did enough to necessarily get drafted,” Sherman said.

Sherman’s decision to return immediately makes the Mountaineers a better offensive team and provides them with a steady veteran in the backcourt.

“We are thrilled to have Taz back for another season of Mountaineer basketball,” Huggins said. “He went from scoring five points a game in his first season with us to scoring more than 13 points per game last season. Taz explored his options in a professional manner, while finishing his bachelor’s degree in May. Taz is a leader on and off the court, and he will provide us with veteran leadership this season.”

Sherman scored in double figures in 21 of WVU’s 28 games last season. He was named to the All-Big 12 Honorable Mention team. Sherman was also second on the Mountaineer roster in made 3-point field goals (47) and free throw shooting percentage (87.3%).

“It was just comfortability and opportunity,” Sherman said. “We went to a more guard-oriented lineup to where our guards could be more free, have opportunity to put up more shots and that really tailored to me, Sean and Deuce’s game. Being able to get downhill more and do drive and kicks, we improved our three-point percentage vastly from our first year here together.”

Sherman, who said he’s currently at 188 pounds, will be looking to add weight.

“I can gain five to eight more pounds to be more in the area of a combo guard,” he said. “With my play style, posting up smaller players and playing that slower style, they want me to gain more weight.”

With Sherman taking advantage of an extra year of eligibility due to the pandemic, WVU will be able to go over the normal scholarship limit of 13 players. Forward Gabe Osabuohien previously announced he will return for a fifth season of eligibility. Forward Derek Culver announced he will be pursuing professional opportunities and will not return for his senior season.