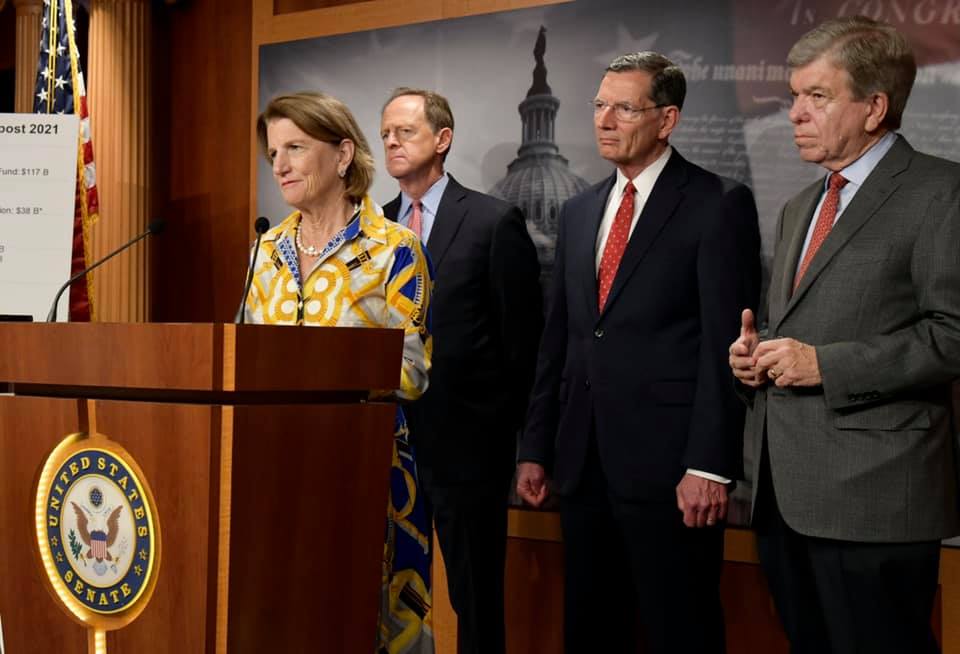 Biden told Capito he appreciates the efforts of Senate Republicans, but the altered plan does not do enough to meet the Biden administration’s goals.

Capito is the lead Republican negotiator in infrastructure talks; she and colleagues put forward a $928 billion counteroffer to the White House’s American Jobs Plan last week. The White House has reduced its plan from nearly $2.3 trillion to $1.7 trillion.

Capito and Biden met Wednesday at the White House, and both sides have voiced interest in reaching a bipartisan agreement.

According to White House press secretary Jen Psaki, Capito told Biden the senators increased spending in their offer by $50 billion.

“The President expressed his gratitude for her effort and goodwill, but also indicated that the current offer did not meet his objectives to grow the economy, tackle the climate crisis, and create new jobs,” Psaki said. “He indicated to Senator Capito that he would continue to engage a number of Senators in both parties in the hopes of achieving a more substantial package. They agreed to speak again on Monday.”

Biden has proposed multiple tax changes to fund his proposal, including a 15% minimum tax on corporations. Republicans oppose plans to increase taxes lowered in the 2017 tax bill, and have instead pushed user fee changes and utilizing unspent coronavirus relief funds.

Both sides also disagree about what a package should address; Republican senators have focused their plan on more traditional projects like roads and bridges, while Biden has pushed similar work as well as “human infrastructure” like child care.

During remarks on the May jobs report — in which the U.S. Bureau of Labor Statistics reported the United States added 559,000 jobs last month — Biden said lawmakers should approve legislation that provides substantial funding for projects to further economic growth.

“We have a chance to seize on the economic momentum of the first months of my administration, not just to build back, but to build back better,” he said. “This much is already clear: We’re on the right track. Our plan is working, and we’re not going to let up now.”

Biden also spoke Friday to Rep. Peter DeFazio, D-Ore., who serves as the chairman of the House of Representatives Transportation and Infrastructure Committee. DeFazio and Democratic colleagues have introduced a $547 billion surface transportation reauthorization bill, which the committee will review Wednesday. The proposal would dedicate $343 billion for roads, bridges and transportation safety, $109 billion for transit, and $95 billion for rail services.

Psaki said Biden thanked DeFazio for his work on the American Jobs Plan and offered support for Wednesday’s markup.

“The President and Chairman DeFazio agreed on the benefits of continued engagement with Democratic and Republican Senators as the House work on infrastructure advances this coming week,” she added.