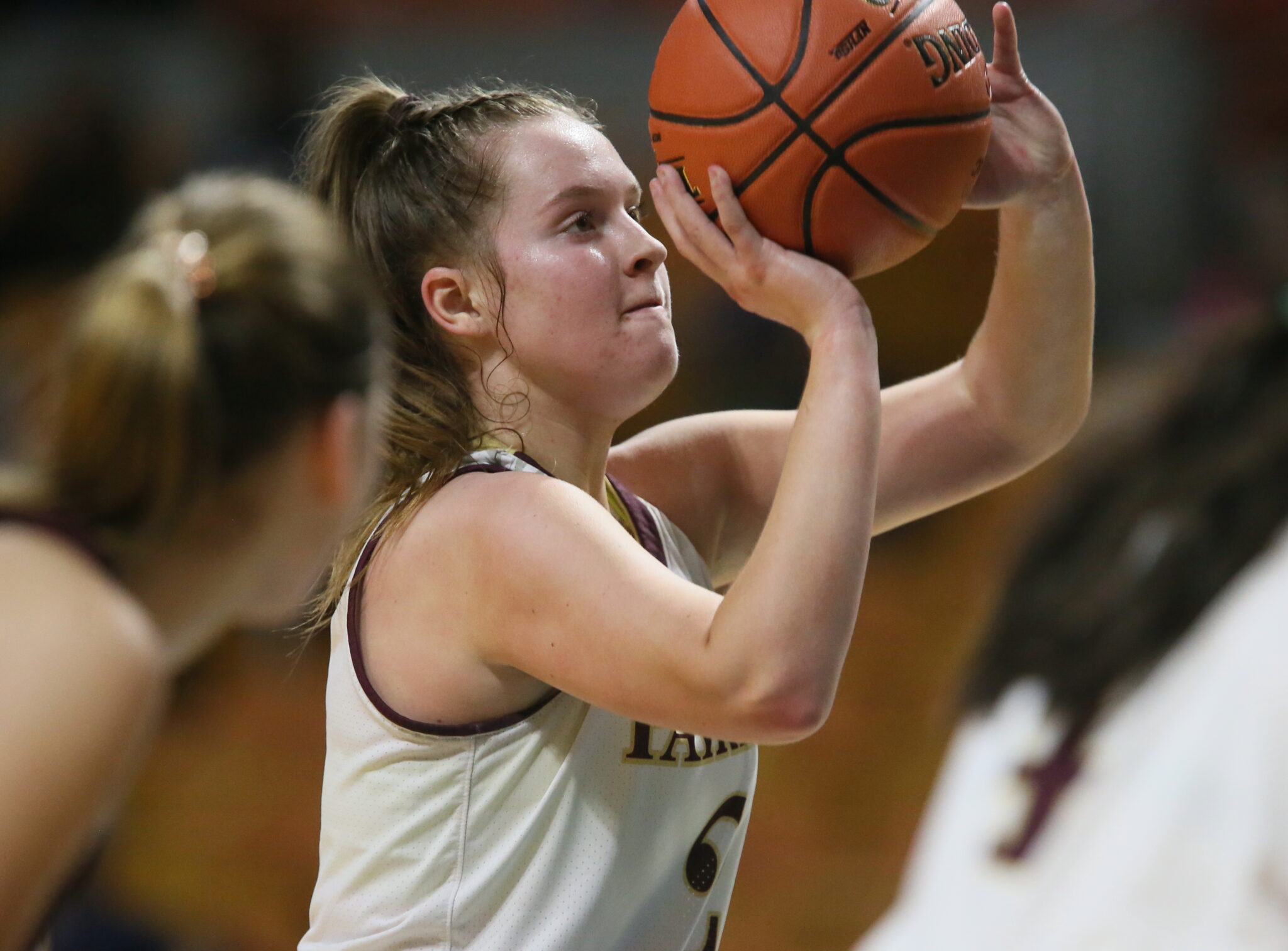 George Washington’s Kalissa Lacy was set to embark on a college basketball career at Morehead State after signing her national letter-of-intent to play for the Eagles back in November 2020.

But less than a month after Lacy’s standout career with the Patriots came to an end, Eagles’ head coach Greg Todd accepted the same position at Eastern Kentucky.

Lacy is following through with her plan to play for Todd, and after being granted her release from Morehead State last week, the 2020 Mary Ostrowski Award winner has joined the EKU program.

“When I got released, my recruitment was open and I could transfer anywhere I wanted to go,” Lacy said. “I talked to coach Todd and he told me he’d have an opening if I wanted to come there. I really valued coach Todd’s opinion and coaching styles over the last year and I knew if I came here, I’d feel like family and he’d take care of me.”

While Todd officially accepted the Eastern Kentucky job on May 10, Lacy wasn’t released from her national letter-of-intent until Cayla Petree took over as Morehead’s head coach.

Lacy had planned to stick with Morehead State even after former Eagles’ assistant coach and recruiting coordinator Clint Williams left for a position at Indiana State prior to Todd’s departure.

“He was one of my main recruiters, so I was kind of upset when he did that, but coach Todd was still there,” Lacy said. “When he left, I was thinking I have relationships with the other coaches, but I really liked my relationship with coach Todd, so I decided I should follow my gut in that aspect.”

Lacy is already enrolled at Eastern Kentucky, which began practicing June 1. She got to campus Saturday, moved into her dorm and completed her first practice with the Colonels earlier Wednesday.

“I love it so far,” Lacy said. “The director of basketball operations got me into school within a couple days. I had to go through a physical and sickle cell test and all that, so I watched on Monday and Tuesday. But all the girls were so welcoming to me. It feels like a family and I haven’t even been here a week.”

Playing at Eastern Kentucky allows Lacy to team with former Fairmont Senior standout Anysa Jordan, who recently wrapped up her second season with the Colonels. EKU also added Arina Khlopkova over the offseason, a UTEP transfer who played her 2017-2018 high school season at Teays Valley Christian.

Lacy and Jordan have somewhat of a past, with GW falling to Fairmont Senior in December 2018 — when Lacy was a sophomore and Jordan a senior. Lacy, one of the Mountain State’s most prolific scorers over the last decade, scored 32 points in that defeat.

“I’ve always known of her,” Lacy said of Jordan. “I remember playing against her and we talked about that the other day. It’s always good when there’s someone from West Virginia to have connection with.”