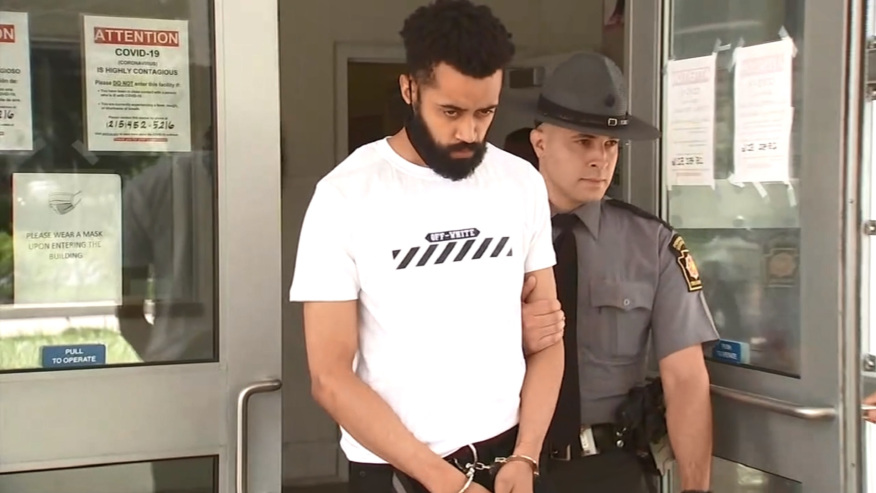 PHILADELPHIA, Pa. — U.S. Marshals have arrested the alleged driver in a hit-and-run crash that claimed the life of a West Virginia University student in January, 2020.

Aaron Sims, 27, of Camden, New Jersey, was arrested Monday in West Philadelphia after initially confessing to causing the deadly crash that killed Chole Robertson, then spending more than a year on the run.

In the early morning hours of January 25, 2020, Robertson and her friend, Bobbiann Gubbei, were riding in an Uber when police say Sims slammed into the back of the car at a high rate of speed on Vine Street Expressway in the Philadelphia area. Robertson was killed immediately while Gubbei suffered two broken femurs, a broken arm, four breaks of her pelvis and lacerations in the incident.

According to police, Sims fled the scene, but later returned to a Pennsylvania State Police barracks and confessed. Toxicology tests determined Sims was driving at twice the legal limit and had THC in his system. After Sims posted bond and had been on the run ever since.

In a 2020 interview with WAJR News in Morgantown, Robertson’s sister, said her sister was happy and looking forward to 2020.

“Her stories that were up before she passed away you could tell she was having the time of her life, but she had alcohol and knew she had to take an Uber home,” Robertson said. “She did the responsible thing and someone else did the irresponsible thing.”

Sims is facing multiple charges, including aggravated assault while DUI and homicide by vehicle.