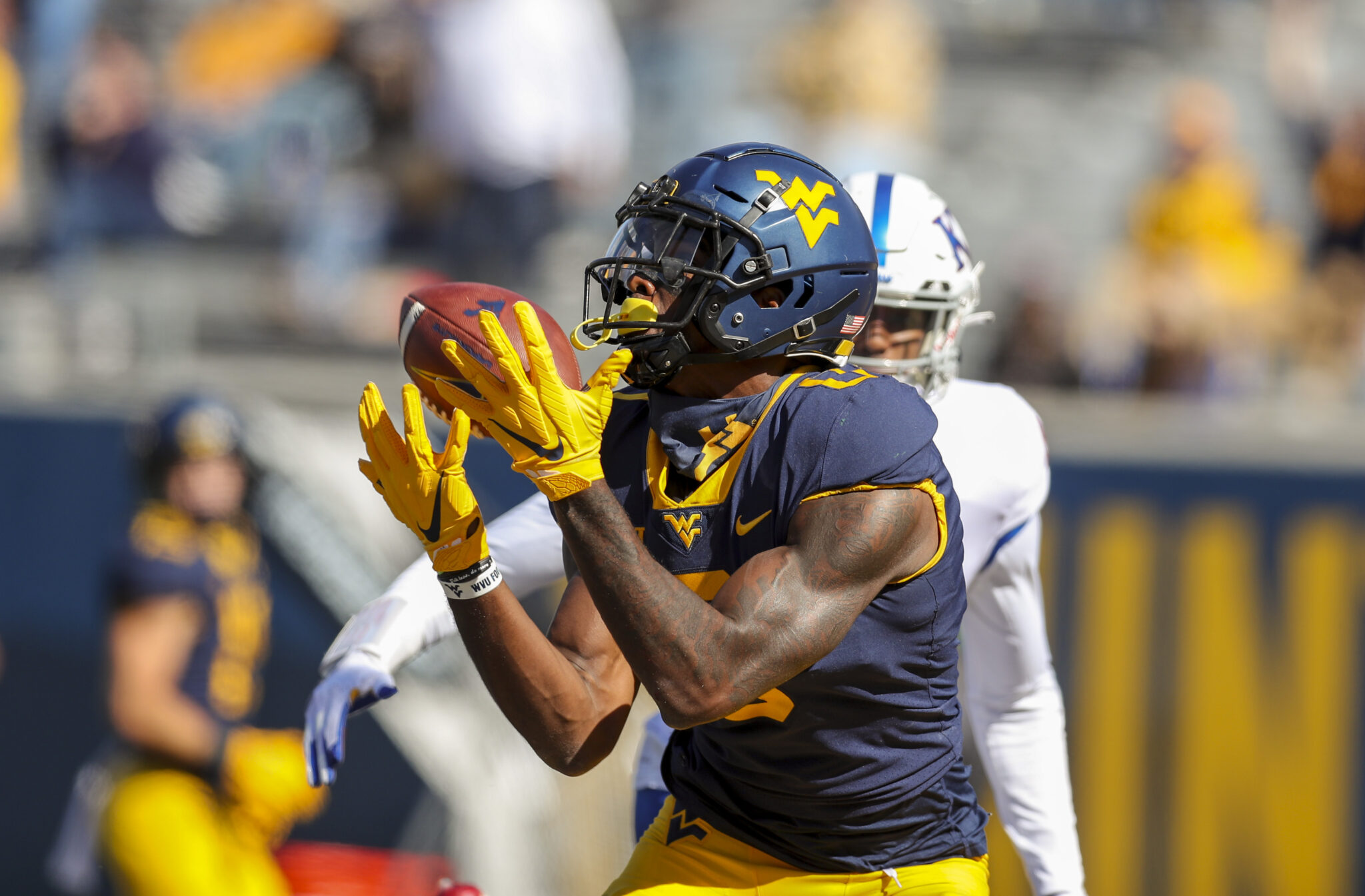 MORGANTOWN, W.Va. — Bryce Ford-Wheaton thinks back to 2018, when the wide receiver was redshirted in his first year at West Virginia.

“I saw guys like David Sills and Gary Jennings and they were so much older than me,” Ford-Wheaton said. “They were always eating healthy, and I’d always look at their plates and be like, ‘Ugh, why are you all eating that?’”

Sills and Jennings, then-senior wide receivers and two of the more decorated pass catchers in WVU football history, tried to explain the importance of their diet to Ford-Wheaton, who was only months removed from his playing days at Holly Springs High School in North Carolina.

Ahead of his junior season at West Virginia, Ford-Wheaton says he is following a strict diet, similar to what he saw from veteran Mountaineer wideouts in his days as a newcomer.

“It’s part of being an elite athlete,” Ford-Wheaton said. “If you really want to reach the next level and use your full potential while you can, you really have to focus on everything, because everything really does matter. Hopefully the younger guys now are seeing me eating well and they can tell the same story in two or three years.”

Ford-Wheaton was WVU’s second-leading receiver in 2020, hauling in 27 passes for 416 yards and three touchdowns in nine games. The 6-foot-3, 220-pound junior believes offseason preparation could lead to better results this year.

“I really wanted to get better all around,” he said. “I’ve been going hard in the weight room trying to lean out muscle mass. “I’ve been eating right, which is something I haven’t really done in my past. I’ve been focusing on a lot of nutrition and smaller things like fine-tuning my body and definitely a lot of works on the jugs machine.”

Ford-Wheaton says he’s cut out all fast food and fried food from his diet, while adding, “I’ve been trying to eat more chicken and fish than anything like red meat or beef. The first few weeks was very hard, but now it’s kind of a habit to eat healthy.”

While he got a firsthand look at the strict diets of past WVU players, Ford-Wheaton didn’t consider the importance of eating healthy until far later in his college career. The 2021 season will mark Ford-Wheaton’s fourth year at West Virginia and third year of extensive playing time.

“As a young guy, you really don’t know,” he said. “You try to feel it out, but you don’t actually know until something clicks in your head. You want to try something. I wanted to try this and it’s something that’s really helped me. I feel better than ever right now, especially with this new diet.”

WVU’s receiving group expects to show improvement in 2021 after the unit was plagued by drops at critical times last season. Ford-Wheaton is now one a veteran and with it comes more of a leadership role, though he believes the wideouts as a whole have done a good job displaying it during the offseason.

“Leadership in our room really comes across the board,” Ford-Wheaton said. “It’s not like we have one specific leader. We have multiple leaders and a lot of the young guys gravitate towards people who are in the same position or they can see themselves developing into. We have a really high standard in the room right now for leadership. We don’t let anybody slack. There’s a certain standard you have to meet every week and we push each other to meet that.”