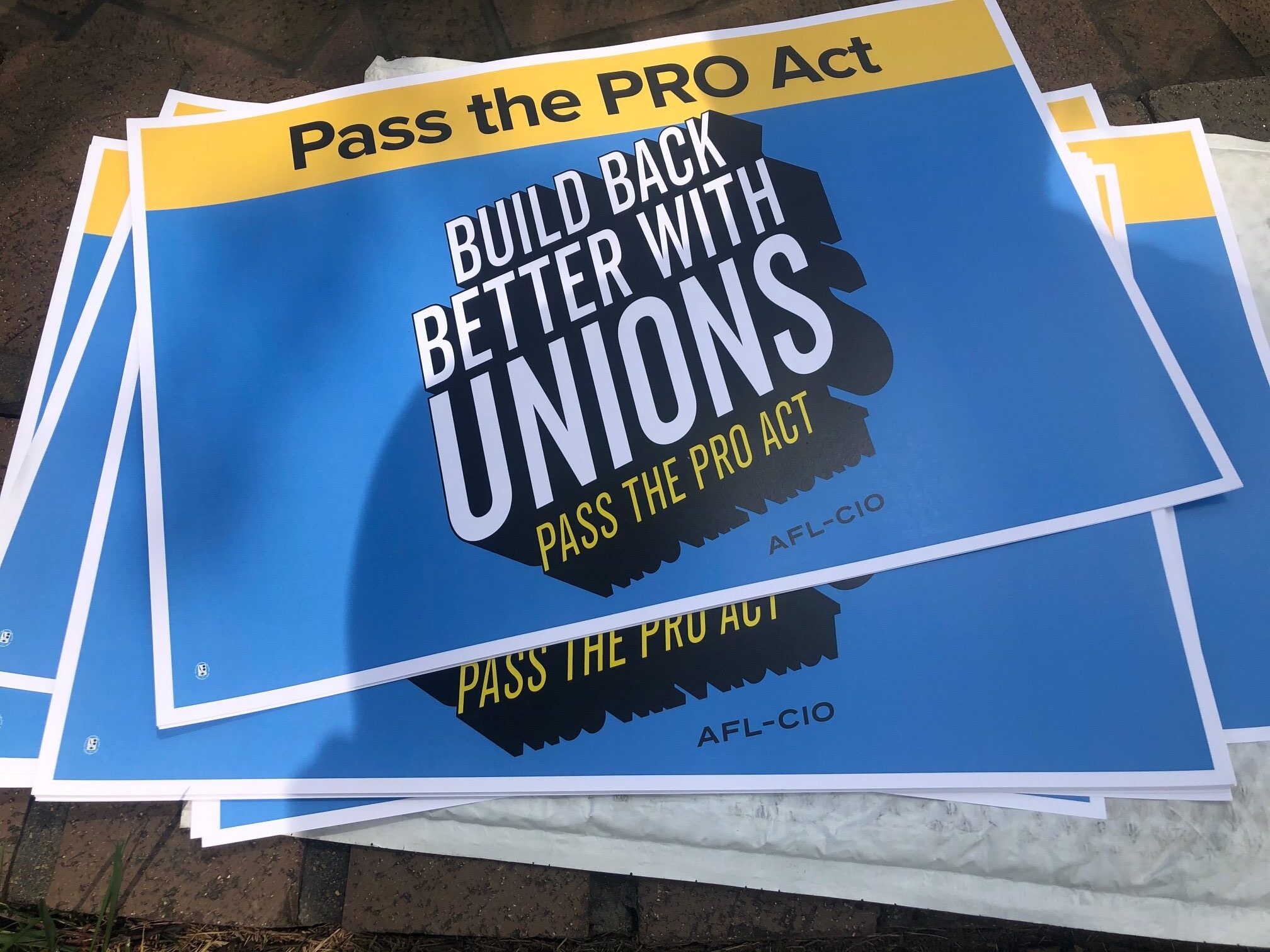 Rally goers were seen on Thursday holding these signs.

The act is awaiting consideration from the U.S. Senate after being passed in the House in March. Event organizers said the labor rights bill will ‘reform inadequate labor laws and empower workers to exercise their freedom to organize and bargain,’ in a statement.

“The PRO Act allows workers to be empowered in the workplace and allows them to form a union and level the playing field between the corporate CEOs and the billionaires and the people that work for them,” Walters said.

Capito is on the opposite side of Walters. She told reporters during a conference call on Thursday that she believes the PRO Act goes “way over the top.”

“It pretty much eliminates any state’s ability to have right-to-work law, which we have in West Virginia,” she said. “Why is the state not had primacy over the ability to make their own labor laws which they have in the past? I think it eliminates independent contracting status.”

Bill Track 50 states the act expands various labor protections related to employees’ rights to organize and collectively bargain in the workplace. The site further states, “it revises the definitions of employee, supervisor, and employer to broaden the scope of individuals covered by the fair labor standards; permits labor organizations to encourage participation of union members in strikes initiated by employees represented by a different labor organization; and prohibits employers from bringing claims against unions that conduct such secondary strikes.”

“They campaign on jobs and they campaign on building a better infrastructure. All we do is turn around and give corporate CEOs a tax break. And we get nothing. This is just one bill out there that will help protect workers,” he said.

Capito said Thursday she has been supportive of unions in West Virginia with collective bargaining and other things but does not see this passing.

“I think the reason the protests are coming is to raise awareness but to also give Senator (Chuck) Schumer and other Democrats the right to put it into their spending and tax package that they are following up with after the infrastructure package,” Capito said.

A similar rally took place outside of Capito’s office in Martinsburg on Foxcroft Avenue. Different labor groups were represented on Thursday at both sites including construction workers, communication workers and teachers.