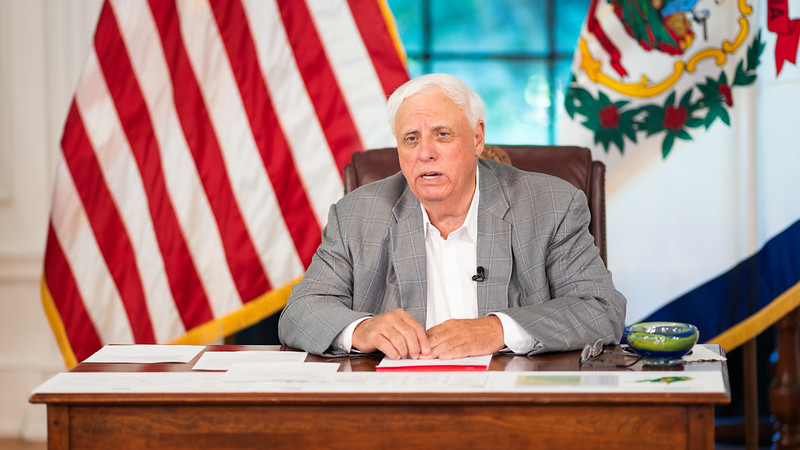 As the number of delta variant cases in West Virginia jumped to 100, Gov. Jim Justice said his administration must do more.

The governor said that does not include a new mask mandate or increased restrictions like a shutdown.

But he said officials will increase emphasis on accounting for personal protective equipment and hospital beds, study whether people who have been vaccinated need a booster and bump up covid-19 briefing schedule back to three days a week.

Justice said he decided to take some actions after being asked to meet in person with Clay Marsh, the state’s coronavirus response coordinator, and James Hoyer, who leads the state’s multi-agency response team.

As Marsh and Hoyer laid out the risks of inaction, Justice said at today’s livestreamed briefing, his initial response was “Excuse me, I’ve got to go pee and throw up.”

The delta variant of covid-19 is considered far more infectious than previous strains. Unvaccinated people are most at risk, but those who are vaccinated may still come down with covid, although the worst of the symptoms are generally suppressed.

“While vaccines are really important and work really well, the delta variant can be present in such high concentrations that people can get sick and transmit the disease to people who are fully vaccinated,” Marsh said today.

West Virginia’s numbers have been going in the wrong direction.

The color-coded county alert map has gone from the safety of green to more and more yellow and gold, signaling elevated levels. One county, Webster, is now red.

Hospitalizations from covid are now at 133, way down from the peak of a few months ago but on the rise. Cases requiring ICU admission (54) and ventilators (20) are also increasing.

Meanwhile, vaccine rates have leveled off, despite the governor’s vaccine lottery efforts or his stark warnings that more people could die.

Fewer than half of West Virginians, 49 percent, have been fully vaccinated. Numbers are best in higher age groups and not great among younger people.

“It’s not time to be running through the streets in a panic,” Justice said. But “This thing the next couple of weeks is probably going to get worse.”

The Centers for Disease Control & Prevention this week advised even vaccinated people to mask up indoors if you live in a place with “substantial” or “high” coronavirus transmission. The advice for the unvaccinated all along has been face coverings in public indoor places.

But Justice said now is not the time to reinstitute a mask mandate in those communities.

“Masks aren’t going to help us a whole heck of a lot from the way we see it,” Justice said, noting the viral load of the delta variant is much higher than other strains.

So he proposed other options instead:

The governor and his advisers said the state will double down on assessing numbers of personal protective equipment and hospital beds.

Hoyer, former adjutant general of the West Virginia National Guard, spoke about this in military terms in relation to Justice.

“We need to understand what we’re doing is to give him as the commander a better focus on what’s out in front of us and what we need to do to maintain a level of effort to achieve those objectives,” he said.

Hoyer acknowledged that these are already counted on a regular basis but suggested the count will be more urgent now.

“It’s a matter of emphasis from the commander as well as frequency. Because the governor sees a storm on the horizon, he’s directed us to increase the frequency,” he said.

Justice said the heightened emphasis will be useful.

“We continually assess our PPE and our staffing and our beds, but when you see an enemy on the horizon you absolutely go back and doublecheck,” he said.

“We’re going to move on this immediately,” Justice said.

Justice and his advisers envision a voluntary program to assess antibody levels among older residents who have been vaccinated for about six months.

That could help determine whether those people will need booster shots of vaccine.

Marsh said the program would be conducted by a lab company that was already partnered with the state during the pandemic.

There were questions about whether those kind of broad health assessments might be better led by federal entities such as the Centers for Disease Control & Prevention. Marsh said West Virginia can contribute to that knowledge.

“We think we can gather very valuable information,” Marsh said.

Just last week, the governor was asked if that number continues to be truly necessary.

Now Justice said the situation calls for increasing the briefing schedule to Monday, Wednesday and Friday.

“We need to have the briefings,” he said. “We need to be here right now.”