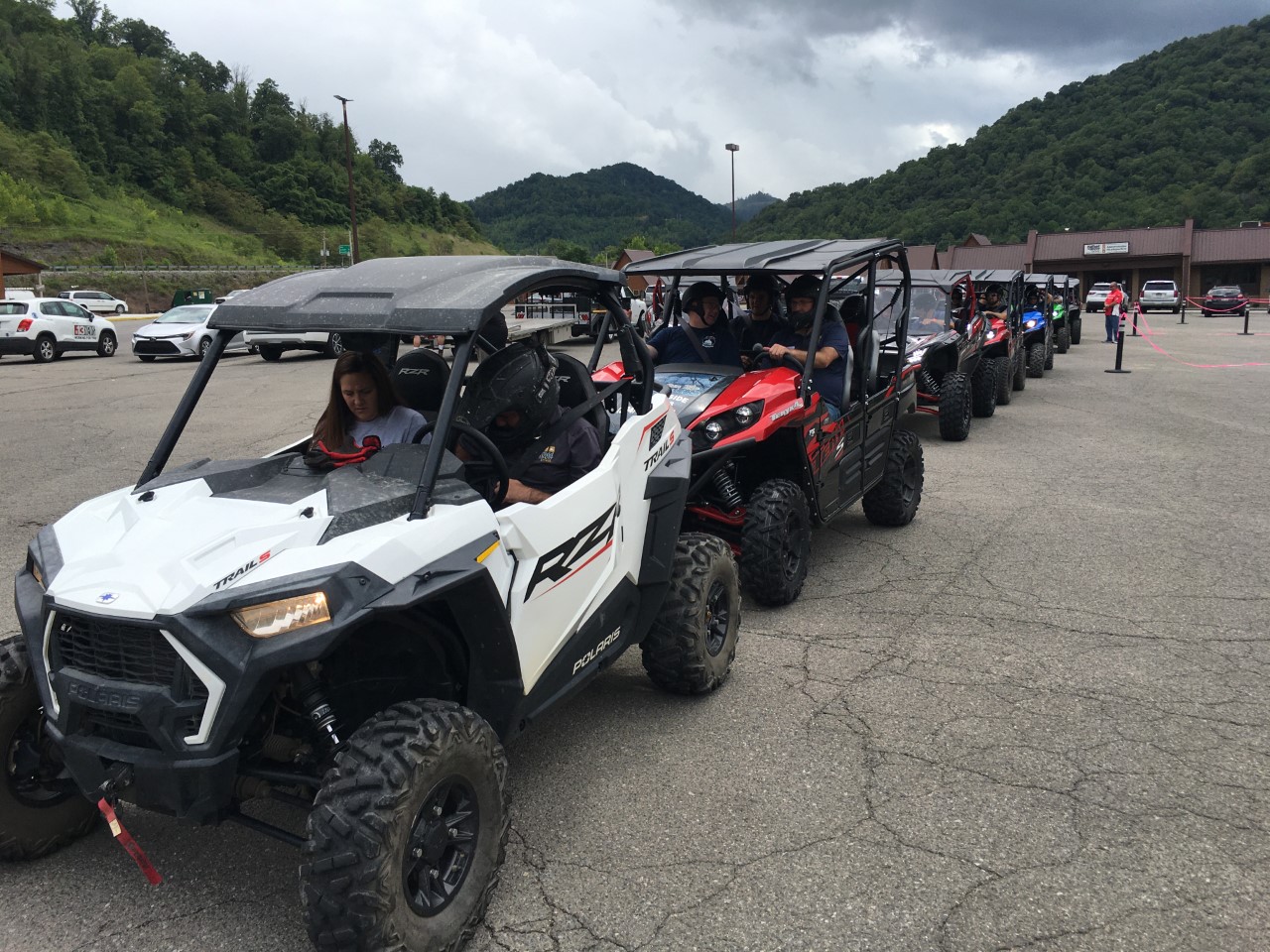 “They have a test track right here in their back yard, a thousand miles of test track,” Manchin said as he prepared to lead representatives of Honda, Polaris, and Kawasaki on an off road vehicle tour of the Hatfield McCoy Trail.

The groups gathered at the Appalachian Outpost’s Broken Axle Restaurant to hear the presentation of southern West Virginia leaders.  The venue itself is a development which sprang up around the popularity of off-road riding on the Hatfield-McCoy Trails in the area.

State development officials made a pitch for location opportunities at several nearby industrial parks. The President of Southern West Virginia Community and Technical College, Pamela L. Alderman, explained how the school could craft a custom training program for each company’s employees.

It was suggested by one speaker, “You don’t manufacture surfboards in Colorado, so why would you manufacturer off road vehicles anywhere other than West Virginia.”

Manchin acknowledged there are challenges to the idea. Broadband access is one of the biggest, but he promised within a year that would be changed and every nook and cranny of southern West Virginia would be wired with high speed internet with the passage of the infrastructure act.

Labor is another consideration and an available workforce. Manchin said the transition of the coal industry to a new economic base will provide the technicians the companies want.

“There’s a lot of opportunities for those who have mechanical skills. People who have worked in mine shops, machine shops, and coal mines, they all have mechanical skills. So they could transition from this industry to this industry. What they’ll  (manufacturers) tell you is they’re looking for people with skill sets, people who will work, and understand manufacturing, maintenance and repair work,” Manchin explained.

He suggested to the company representatives if there were doubts, the model to follow would be the Putnam County Toyota plant and the progress and growth it has seen since it was built.

“Toyota came here against all of the advice in Nagoya, Japan. What they found out was here in West Virginia we could not only do the work, but we did it even better than it could be done in Japan,” the Senator said.

A muddy trail ride was the exclamation point on the end of the pitch, but Manchin believed the next step would be the next level of company executives and visiting their headquarters to continue the pitch. Manchin said the state of West Virginia is prepared and equipped with the normal tax incentives, but the bigger selling point is the passion for the product.

“We’re basically trying to say why not manufacture here at the heart of the off-road vehicle use, which is southern West Virginia. How in the world did Elkhart, Indiana become the home of so much recreational vehicle manufacturing? It started with a group of Amish craftsmen showing the skills they had. I’m saying, give us a chance and we’ll show you the skills we have in southern West Virginia,” he said.