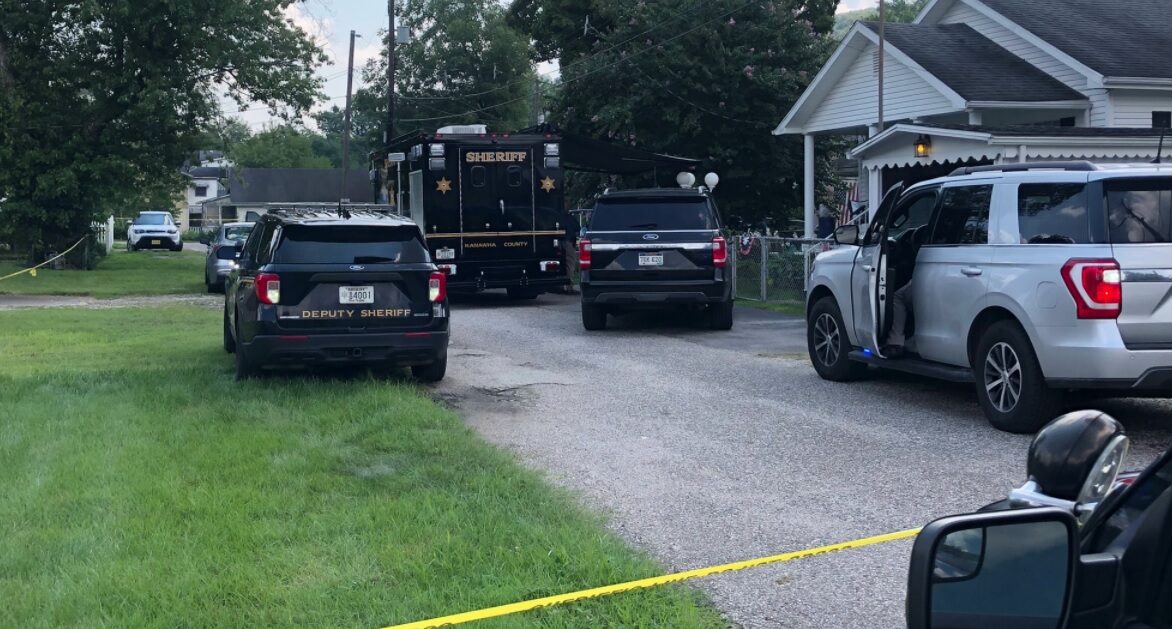 The bodies were found inside a house on Elkdale Drive Monday. (Photo/Jake Flatley)

The Thomas’ 17-month old daughter Lona Thomas survived and is listed as critically stable in Cincinnati Children’s Hospital’s ICU. She had a bullet was removed from her head during the surgery.

Donald Thomas Jr. was found dead at the scene with the presumed murder/suicide weapon (a firearm) next to him, KCSO said in a news release.

Story from Monday: MINK SHOALS, W.Va. — Kanawha County sheriff’s deputies say the preliminary results of an ongoing investigation point toward a man shooting and killing his wife, an elementary-aged daughter and then himself.

Their bodies were found inside a home in the Mink Shoals area of Kanawha County at just before noon Monday.

“This appears to be a double-murder suicide and that’s the way it’s being looked at right now,” Kanawha County Sheriff’s Dept. spokesman Sgt. Brian Humphreys said.

A fourth family member, an 18-month-old girl, was found alive. Humphreys said the child may have been underneath her mother’s body. It’s believed she suffered fragments from the bullets. The little girl was flown to Cincinnati Children’s Hospital Monday afternoon. She’s in critical condition.

The names of those involved won’t likely be released by authorities until Tuesday.

Humphreys did confirm police had responded to seven 911 calls from the residence in the past year.

“Some disturbances, some complaints,” he said. Humphreys also said there was a shots fired call.

The man faced a domestic violence charge earlier this year but the charge was dismissed this summer when the victim failed to appear for the hearing, Humphreys said.

Humphreys added it is important to remember how complex some domestic situations are.

“From a distance you look at it and say that someone is taking advantage of you and being abusive of you, it’s a no-brainer that you should leave. It may look that easy on the outside,” he said.

“But once you’re inside of it and understand everything in their life — all the entanglements, all of the attachments and emotions, you could maybe have more sympathy for them maybe lend more help to them.”

Here in Mink Shoals where the Kanawha County Sheriff’s Department has confirmed three people have been found dead inside a home – two adults and one child. An infant was found in the home alive and is currently in critical condition at a local hospital. @WVMetroNews pic.twitter.com/0Ms7fX37aG

Deputies were still working on a timeline. Humphreys said the family was seen Friday. It wasn’t immediately known how long the 18-month-old had been in the house by herself after the shooting.

Humphreys said the sheriff’s office received a call after a well-being check was made, it was not deputies who made the discovery.

“It’s absolutely terrible what one person will do to another,” Rutherford said. “When you have children involved in it, it makes it unbelievable.”

Deputies were called to the house on Elkdale Drive in the Mink Shoals area at about 11:40 a.m. Monday.

A neighbor of the family, identified as Ruby, told MetroNews that she left to run errands on Monday morning and when she came back in the afternoon she could not believe the police presence. She has lived in the neighborhood for more than two years.

The investigation remains ongoing and more information is expected to be released on Tuesday.