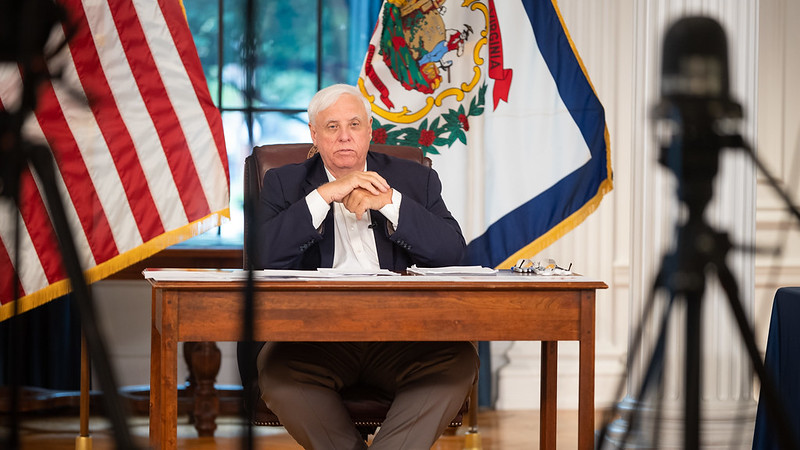 Gov. Jim Justice announced today that the administration paid off the final $185 million on an interest-free federal loan that had been used as cushion for the state’s unemployment trust fund.

The administration had set aside hundreds of millions of dollars in CARES Act funding in anticipation of paying off the loan.

In the announcement, the governor said an overall $220 million deposit into the unemployment trust fund would provide enough flexibility to give employers a break next year on the cost of unemployment insurance.

“This is going to be a massive reduction in costs for our West Virginia businesses and I could not be more proud of everyone who put in all the licks that made this possible,” Justice stated in the release.

As far back as last year, Justice made plans to allocate hundreds of millions of dollars from West Virginia’s $1.25 billion portion of the CARES Act toward bolstering the unemployment trust fund. He said that strategy would give employers a break in the longer-term.

Delegate Kayla Young, D-Kanawha, who takes a particular interest in unemployment issues, praised the fiscal responsibility of paying down the loan while hoping small businesses will wind up benefiting.

“I do wonder why we aren’t just giving small businesses a much larger helping hand through direct grants. We gave out very little through the grant program and while the extra $81 per employee is helpful, we should be doing a lot more to help small businesses recover.”

Additional governors made the same priority, but some observers argued that the money could have been targeted to the direct needs of people who were suffering from the economic turmoil of the pandemic.

“For over a year, we’ve urged the Governor to spend CARES Act funds on the urgent needs of workers and families. Now as the pandemic worsens, he has prioritized business tax cuts while cutting off aid to displaced workers,” said Kelly Allen, executive director of the West Virginia Center on Budget & Policy.

Allen noted the use of the federal relief money to pay down the federal loan that was supporting the state unemployment fund.

“Once again federal support is propping up state revenues and programs, creating an illusion that the state’s economy is stronger than it is— which could create real challenges when that relief is expended,” she said.

The Governor’s Office characterized the financial moves as a matter of long-range planning. The administration specified that West Virginia is one of the first states in the nation to fully repay its unemployment insurance loan.

“From the very beginning of the pandemic, I knew that we had to plan for both the short-term and the long-term to ensure our state could rebound as quickly as possible and continue to build on all our recent successes,” Justice stated.

The state’s covid-19 transparency page run by the state Auditor shows a recent $185 million payment to Truist, the bank that resulted from BB&T’s merger. That still leaves West Virginia with more than $388 million of the CARES Act money granted to the state in spring 2020.

If the loan had not been paid off before Sept. 4, 2021, West Virginia employers would have experienced a mandatory increase in their unemployment insurance premiums, the administration stated.

The statement released by the administration included praise for the governor’s financial foresight by state Commerce Secretary Ed Gaunch.

“I continue to be in awe of Governor Justice’s ability to take financial circumstances that seem dire and completely turn things around to create a positive situation,” Gaunch stated.