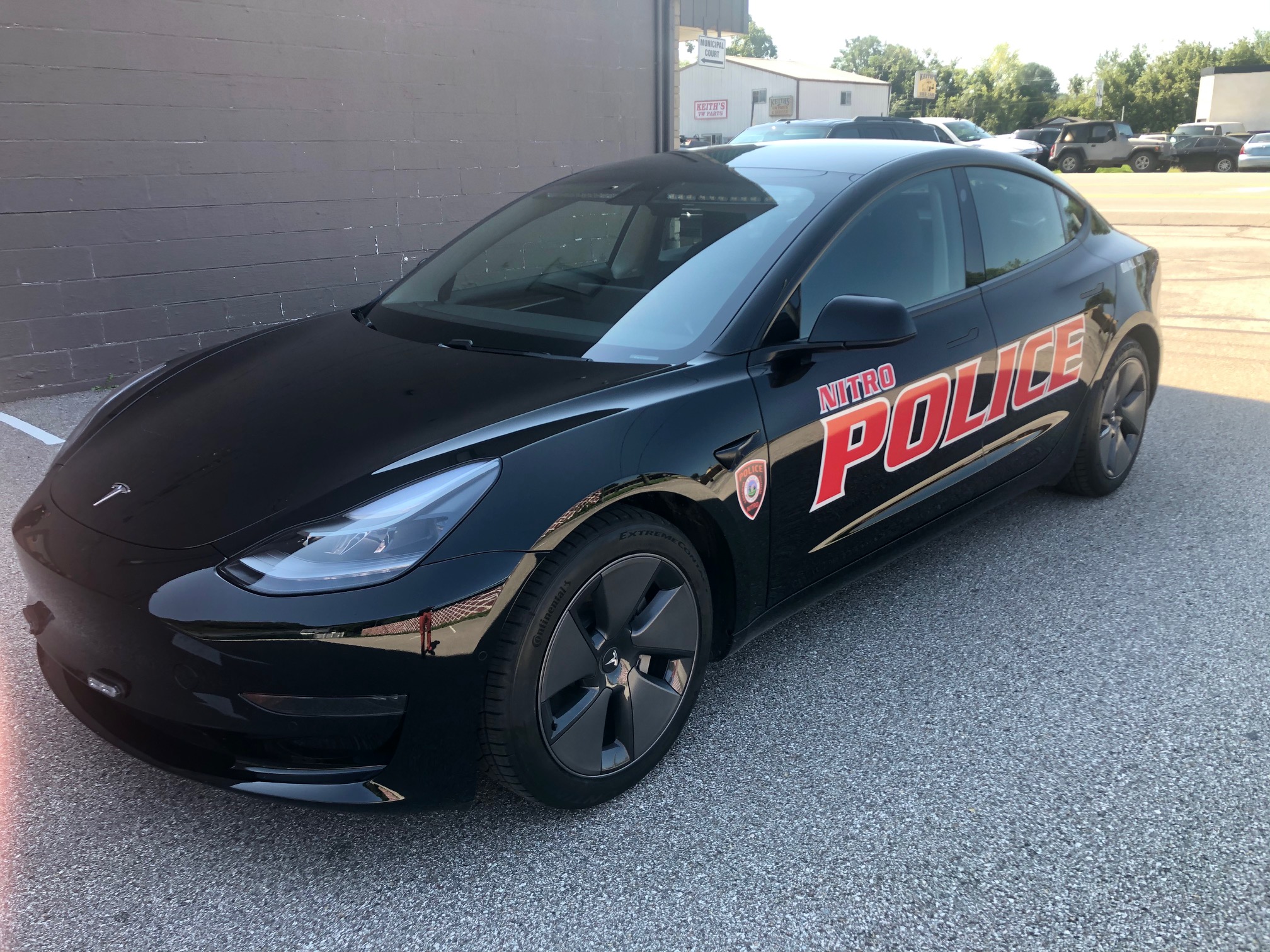 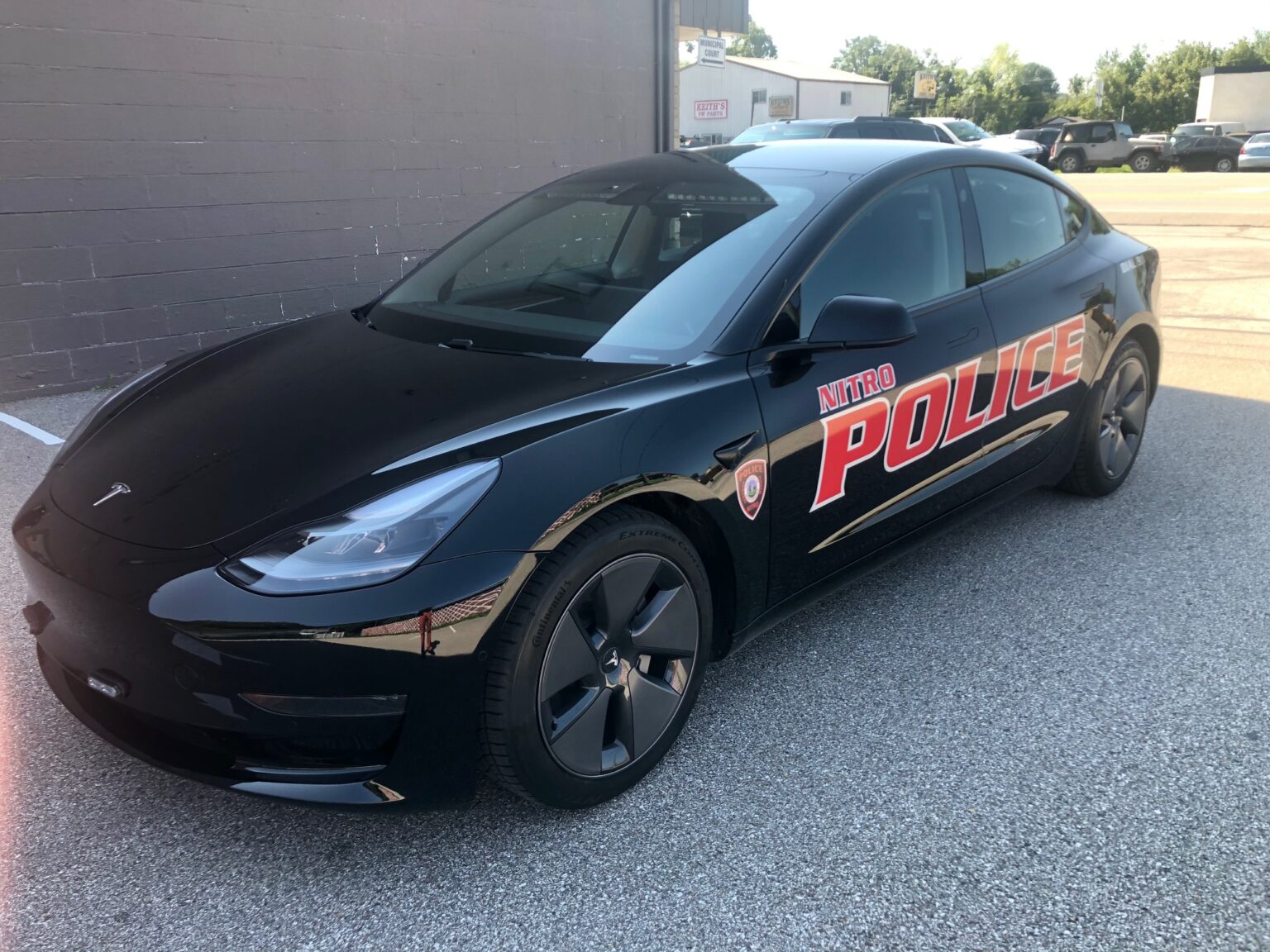 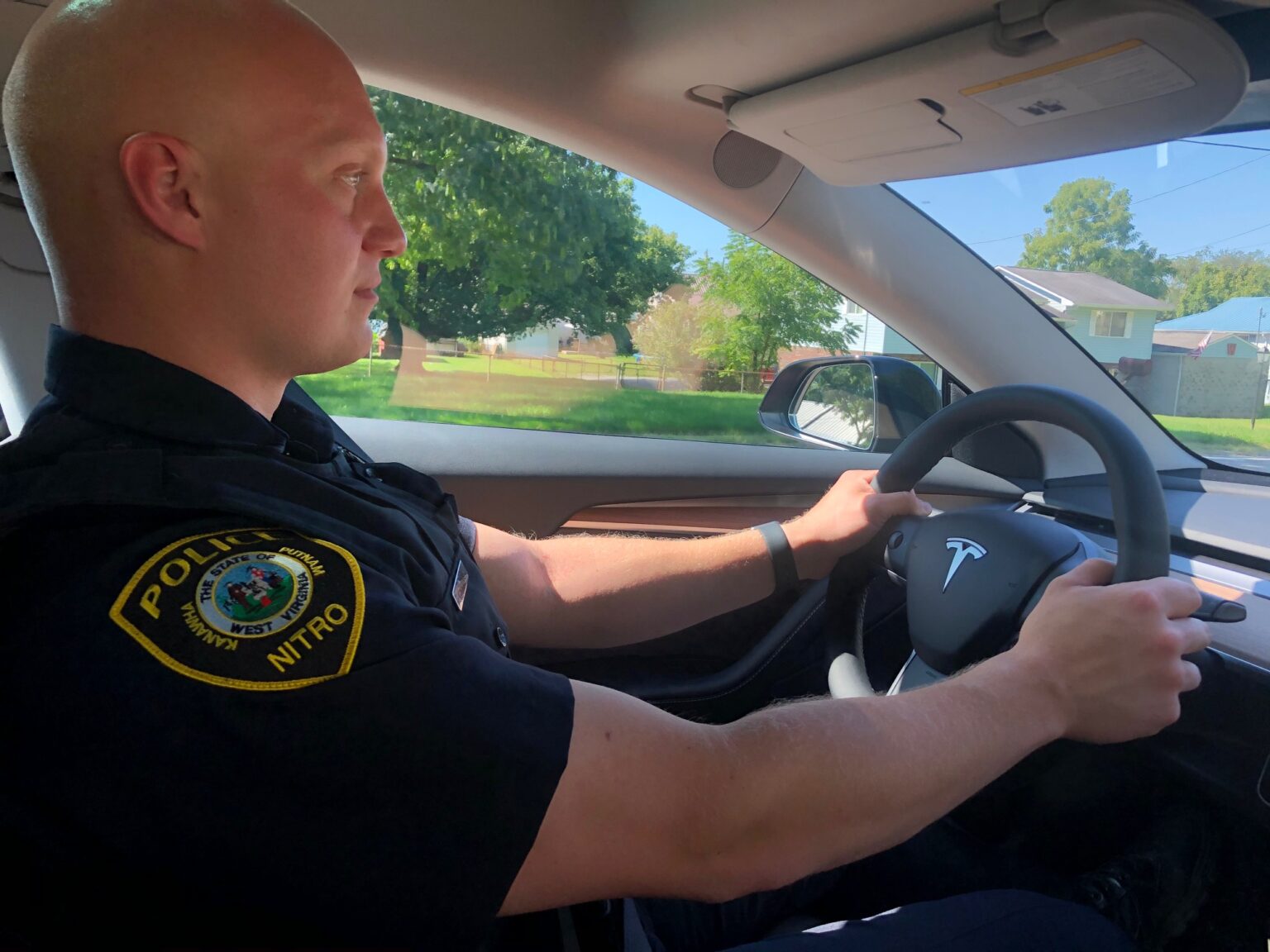 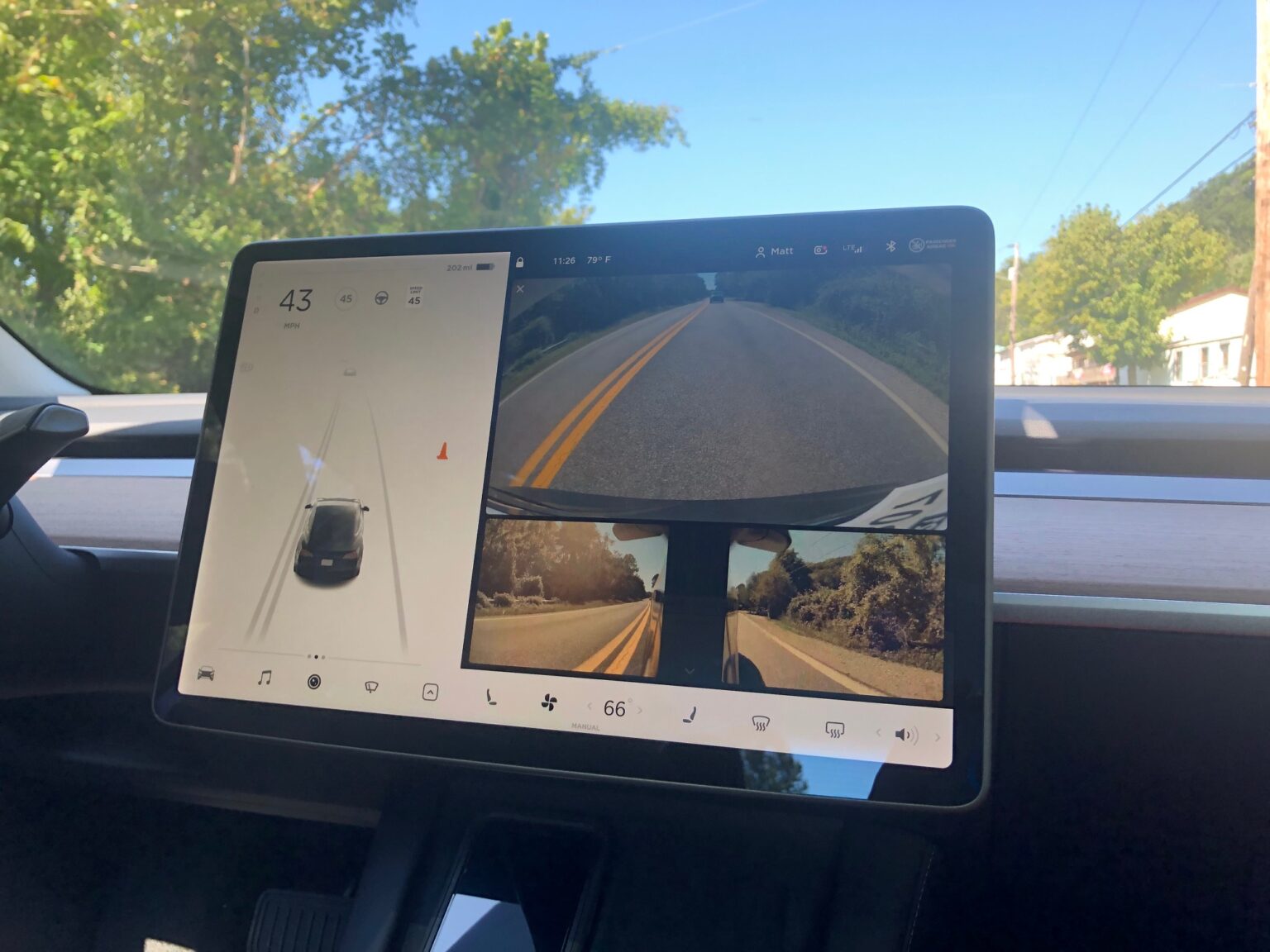 The screen and camera features on the Tesla. - Jake Flatley/wvmetronews.com

NITRO, W.Va. — Being called the first Tesla for a police department in the state, Nitro Police Department’s newest ride has hit the road.

Matthew Haynes, a Patrolman with Nitro Police Department (NPD) told MetroNews flagship 580-WCHS in Charleston on Tuesday that he’s been using the car for around 10 days now and is still getting used to the bells and whistles that come with it.

Haynes, who took members of the media for a ride-along of the $60,000 purchase, said the biggest difference is the charge. He said to get the battery-powered vehicle fully charged if it’s on empty is eight hours.

“We can go to the gas pumps and fill them up in less than five minutes,” Haynes said of normal cruisers. “With this, you have to consider charging.

“Our charger at the office, it can take up to eight hours to charge from empty. You have to keep an eye on battery life and make sure you’re charging it throughout the day.”

Inside the vehicle is a standard Tesla look, with a large touch screen that controls nearly everything a dashboard would. Haynes also said the Tesla was customized by ESI in Winfield to build in a typical radio and scanners and light controllers.

“It’s the size of a laptop screen or tablet screen,” Haynes said of the screen. “It controls every feature on the car. Your speedometer is there, your navigation, your A/C. There are no other knobs and controls other than a few on the steering wheel and some shift levers.”

Haynes said this is a trial run with the vehicle that may open up purchasing a few more for the department. One aspect being tested is communication as there is not a computer system to run reports. Haynes said he has to communicate with Metro 911 via radio continuously.

There is also not a divider in the car between the front and back seats, and the car has a tight squeeze, smaller in size than a normal cruiser.

The city estimates it will save more than $40,000 over six years in gas and maintenance costs.

“We have to see how well the battery life holds up and how practical it is to use in police work where we might have to accelerate quickly or be on calls for long periods of time,” Haynes said of testing out the car.