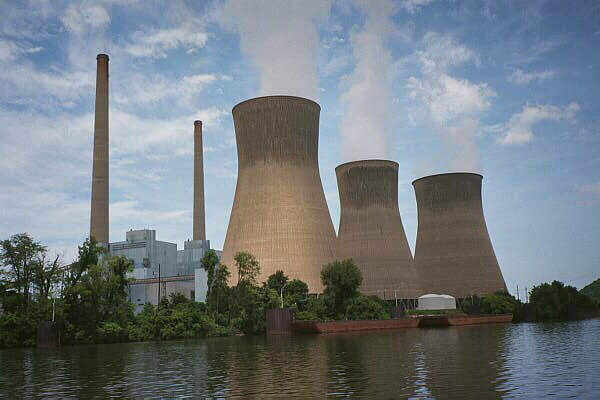 West Virginia regulators are weighing a decision that could extend the lifespan of three coal-fired power plants versus a $443.8 million cost for ratepayers.

The state Public Service Commission plans to consider the options Friday. A public hearing will be from 8 to 9 a.m. with an evidentiary hearing after that. The hearing will be streamed on the commission’s website at www.psc.state.wv.us.

Some of the groups involved in this debate say the one morning of consideration really isn’t enough.

“This working timeline set by the Commission does not provide adequate opportunity for public comment, as this is a case that widely impacts a half-million ratepayers in 23 counties, from Wheeling to Welch,” said Gaylene Miller, state policy director of AARP West Virginia. She urged at least one more public comment hearing for a longer period, and to include an opportunity for evening participation.

It’s a heavy issue, hinging on whether it’s worth millions of dollars of investments to extend the service of three aging coal-fired power plants — John Amos, Mountaineer and Mitchell.

Doing so could assure the jobs associated with the plants, as well as economic viability in the surrounding communities.

The question is whether that’s worth the price of increased costs to ratepayers, including average citizens and big power users such as manufacturers.

West Virginia regulators already weighed the costs and benefits once and decided to go all-in on the upgrades. The twist is that two other states — Virginia and Kentucky — have a say-so in the future of the three power plants too. Regulators in those two states declined the full range of improvements.

So if West Virginia regulators opt to go ahead, the full financial burden would fall to ratepayers here.

Now, the state Public Service Commission is examining the issue once more.

Who decides? The three commissioners include the president, Charlotte Lane, a former state lawmaker who earlier served on the U.S. International Trade Commission.

The newest commissioner, Bill Raney, recently retired as president of the West Virginia Coal Association, a position he’d had for 18 years.

What power plants are in play?

Kentucky Power and Wheeling Power each own 50 percent interest in Mitchell, which is in Marshall County.

Virginia regulators share oversight of John Amos in Putnam County and Mountaineer in Mason County because they serve customers in those states.

Who asked West Virginia’s PSC to reconsider this issue? Lawyers for Appalachian Power and Wheeling Power on Sept. 8 asked for the case to be reopened after regulators in Virginia and Kentucky declined the full upgrades to maximize the power plants’ operation life.

“As the three regulatory bodies did not issue consistent orders to approve the same compliance work and cost recovery at all three plants, and as the (Kentucky Public Service Commission and Virginia State Corporation Commission) orders were issued after the evidentiary hearing in this proceeding, the Companies request that the Commission reopen this matter,” wrote the lawyers for the power companies.

The power companies are asking for a decision pretty soon, by Oct. 13.

What would it cost? The total cost estimated during the first consideration was $383.5 million.

The overall annual cost is an estimated $48 million.

Who pays and how much? One of the items the power companies are asking for is “an acknowledgement from the Commission that additional investments and O&M expenses at the plants will be needed prior to 2028, and will be the responsibility of West Virginia customers, if the plants are to operate beyond 2028.”

So, West Virginians would pay.

The increased cost to the average residential ratepayer is a little fuzzy because the overall cost bumped up in this latest filing and the other groups involved haven’t had much time to check the math.

Energy Efficient West Virginia calculates the cost would be an extra $54.24 a year for the average residential ratepayer. That’s based on assumed usage of 1,000 kilowatt hours per month.

What kind of work has to be done? What remains for the plants is compliance work for effluent limitation guidelines. That regulates wastewater discharges from coal- and nuclear-powered steam generating plants. The bottom line is, the plants would need to upgrade the technology to manage the pollutants in wastewater to be in federal compliance.

Who is for this? Besides the power companies, the most prominent voice in favor of the big investment is the West Virginia Coal Association.

In a filing in favor of the improvements, the coal association cites earlier estimates of the millions of dollars in economic output from the plants.

The coal association also cites recently-adopted “legislative findings” about the struggling coal industry that were enshrined in state law. One of those findings says  “It is imperative the State of West Virginia take immediate steps to reverse these undesirable trends to ensure that no more coal-fired plants close, no additional jobs are lost, and long-term state prosperity is maintained.”

And the association cites the final line of the legislative findings that “Public electric utilities in West Virginia should be encouraged to operate their coal-fired plants at maximum reasonable output and for the duration of the life of the plants.”

Those broad goals were placed in the section of code applying to the Public Service Commission, so the coal association suggests it’s the PSC’s role to make sure it gets done.

A second filing in this case by the coal association concludes by noting that there could be an alternate way to assure power plants have the backing they need.

“One example is the West Virginia Public Energy Authority (WVPEA), recently reactivated by Governor Justice, which enjoys broad authority to participate in the energy industry in this state through, among other roles, owning, leasing or entering into joint-ownership agreements for electric power plants, entering into contracts for the purchase or stile of power, issuing bonds and providing financing for electric power projects, among many other powers.”

Chris Hamilton, the current president of the coal association, is one of the newly-appointed members of the Energy Authority.

Who is against this? Pretty much everybody else.

That includes the big plants that make up the West Virginia Energy Users Group, the West Virginia Manufacturers Association, AARP on behalf of retirees, a range of environmental groups and the Public Service Commission’s own consumer advocate.

Energy users The West Virginia Energy Users Group is an organization of large employers focusing on keeping energy rates down. The 15 members include companies like Chemours in Parkersburg and Belle, Constellium Rolled Products in Ravenswood, Quad in Martinsburg, Rockwool in Ranson and Weyerhaueser in Buckhannon.

The group’s two filings in the reopened case contend West Virginia ratepayers would be unduly burdened.

“And of that $48 million annual revenue requirement, West Virginia ratepayers would bear $22 million properly allocable to Kentucky and Virginia, which would constitute yet another hit to the competitiveness of West Virginia’s manufacturing and industrial economy.”

The energy users directly respond to the coal association, saying coal jobs aren’t the only ones at stake.

“There is no question that the eventual closure of the Amos, Mountaineer, and Mitchell plants would unfortunately impact those employed there as well as their communities. That said, it is absolutely incorrect for the Coal Association to suggest that this potential impact ‘far outweighs any conceivable increase in investments and costs proposed to be borne by West Virginia ratepayers if the Companies’ Petition is granted,'” the users group wrote.

“Conversely, as demonstrated in this case, any increase in utility rates has a deleterious effect on the ability of large industrial and manufacturing customers to both continue the employment of thousands of West Virginians as well as potentially remain in operation within the state.”

The West Virginia Manufacturers Association made a similar argument in a letter from its president, Rebecca McPhail.

“It is counterproductive to increase rates in this manner for West Virginia manufacturing and industry, and it will make our manufacturing base that much less competitive,” McPhail wrote.

“The statewide industrial and manufacturing economy should not be further harmed by increased rates and a monopoly driven acquisition of what may be an unnecessary share of an aging power plant. Please reject these proposals, which will harm West Virginia ratepayers and our core manufacturing base.”

They, too, object to West Virginia ratepayers ponying up for other states.

“The Companies’ request is a bold one: that this Commission force West Virginia ratepayers to subsidize capacity investments for Virginia and Kentucky customers. There can be no illusion that the request is anything else,” Sierra Club wrote.

The other groups agreed.

“In other words, under the Companies’ request, West Virginia customers – who have already experienced a 150 percent increase in their electric rates over the past fifteen years – would become the environmental compliance piggybank for customers in other states,” they wrote.

“Throughout this whole case, I keep thinking of the Danny De Vito film, ‘Other People’s Money.’ The West Virginia Coal Association, and now apparently AEP, is asking the PSC to require West Virginians to pay for their business decisions when no other state’s ratepayers will do so,” Pepper said.

“There appears to be no limit to the amount of money they want to force us to pay to benefit these companies. This is outrageous and I don’t think West  Virginians’ pocketbooks can take too much more of this. Anyone in support of these schemes cannot call themselves a conservative — these companies are asking the government to force us to bail out their businesses. That’s not how capitalism works.”

Retired people AARP West Virginia put out a statement this week urging the PSC to reject the proposal.

“It is patently unfair to force West Virginia ratepayers to pay for investment costs that should be paid for by ratepayers in two other states – Kentucky and Virginia. This proposal doubles the initial rate increase approved by state regulators, putting West Virginia consumers on the hook alone for nearly a half-billion dollars in cost responsibility,” said Gaylene Miller, the AARP West Virginia state director.

Robert Williams, director of the PSC’s consumer advocate division, wrote that what AEP is asking is substantial, requiring more exploration than the upcoming public hearing and evidentiary hearing could provide. Williams says residential ratepayers are entitled to a fair opportunity to examine and challenge the proposal.

“There is not sufficient justification in the current record,” he wrote, “to require West Virginia ratepayers to subsidize the rates by bearing expense obligations which should be correctly allocated to the ratepayers of other jurisdictions.”