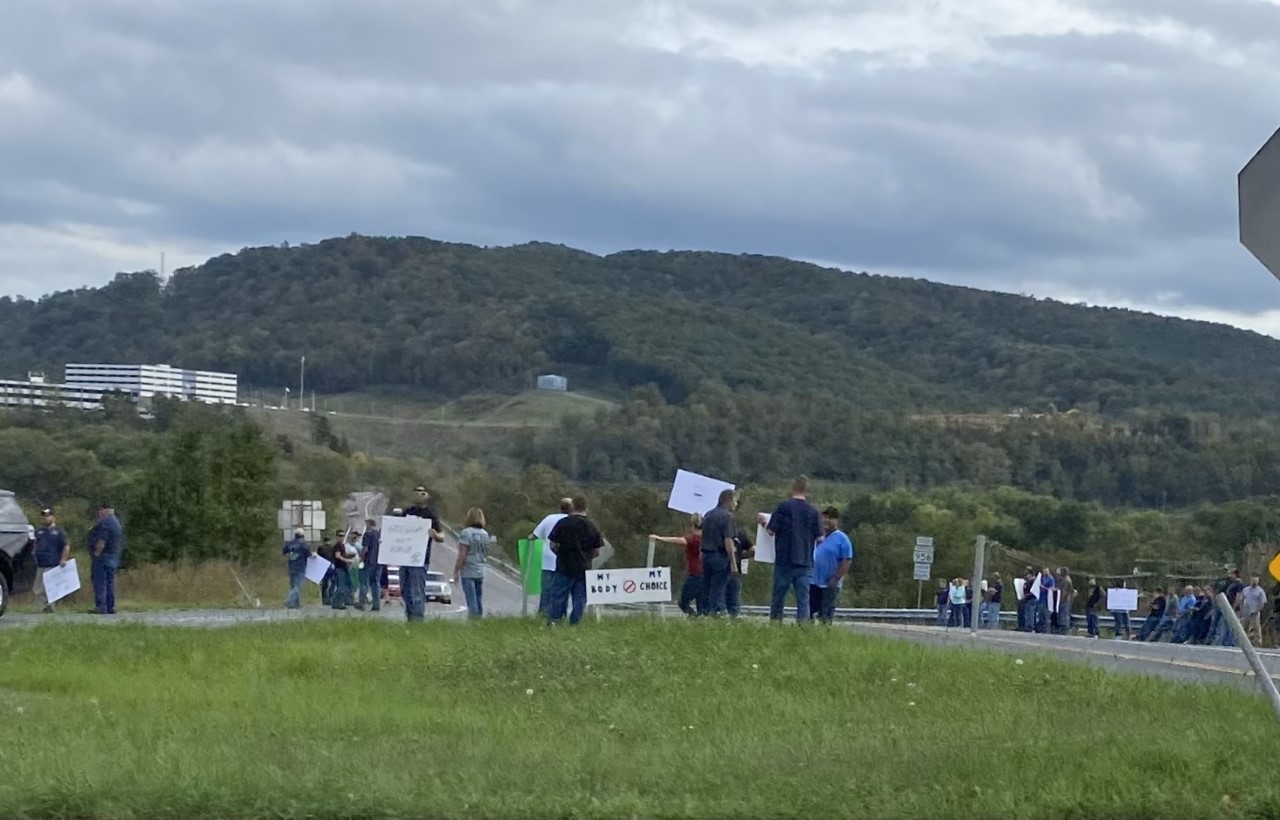 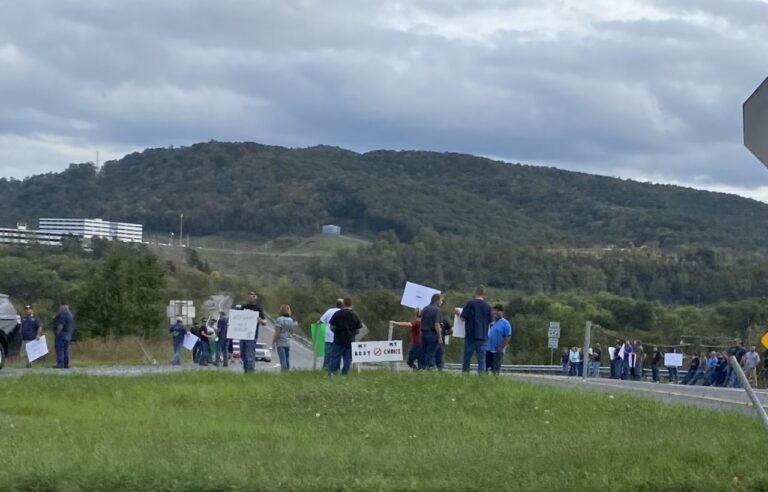 Northrop Grumman says workers have to be fully vaccinated by Nov. 24. (Photo/Amanda Mangan)

The company is a federal contractor and falls under the Biden administration’s federal worker vaccination mandate.

The mandate, according to VanMeter, says employees have until the end of October to get their first COVID-19 vaccination shot and until Nov. 24, the day before Thanksgiving, to be fully vaccinated. VanMeter said he’s yet to speak with human resources about what happens if workers remain unvaccinated.

He said there are religious and medical exemptions provided.

VanMeter said the union is hoping for some negotiations with the company.

“We demanded to bargain with the company over this. We have not received anything from them yet. It will probably come next week. We don’t feel we should have anything shoved on us,” VanMeter said.

Union members held signs near the plant at the intersection of WV 956 and MD 220 Friday afternoon. Some of them said, ‘No Vax,” “My choice not yours.”

VanMeter said the union will continue to make its voice heard.

“We will be very vocal about this. We feel that it’s your body and it’s your choice,” he said.

VanMeter said there are about 2,000 employees at the facility.

According to the state Department of Health and Human Resources COVID-19 dashboard, there are currently 211 active cases of COVID-19 in Mineral County. The county is ‘red’ on the state’s daily alert map.