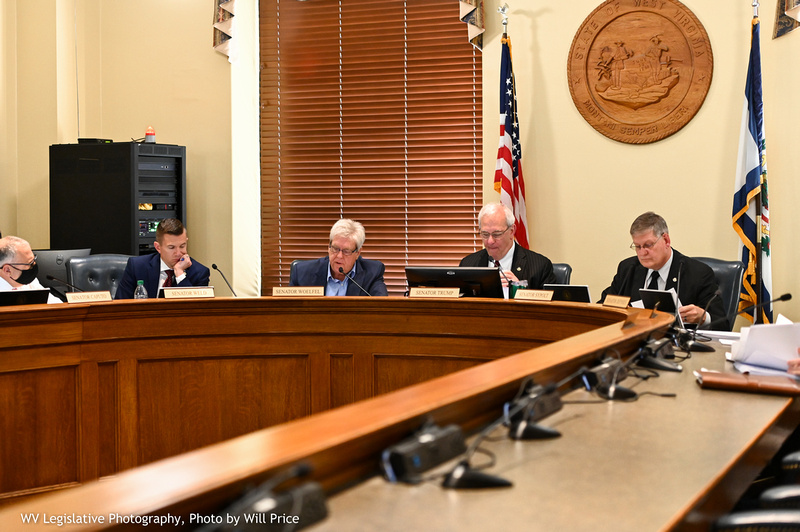 West Virginia’s Senate Redistricting Committee advanced a congressional map with a north-south split along with a map of senate Senate districts.

The two maps now go to the full Senate for consideration. The House of Delegates, which is also meeting in special session, also would need to approve them.

This process is taking place because of the constitutional redistricting requirement kicked off each decade by a new Census. West Virginia is losing one of its three congressional seats, so lawmakers have had to consider how to split the state into two districts.

The Senate redistricting committee fairly quickly focused on this north-southish congressional map today and passed it to the full Senate pic.twitter.com/gj6BSgL2Ar

If all congressional incumbents were to run, the map preferred by the Senate committee would pit Republicans David McKinley of Wheeling and Alex Mooney of Charles Town in a primary. The third Republican incumbent is Carol Miller of Huntington, which would be in the southern district.

Although senators have debated over the past couple of weeks whether a north-south dividing line, an east-west split or a diagonal configuration would be best, there was hardly any discussion today.

Senator Mike Caputo, D-Marion, had favored a map following the Interstate 79 corridor, separating the growing areas around Morgantown and Martinsburg. That is not reflected by the one the Senate committee approved today, and Caputo was the only one who voted against it.

The second map the committee approved was one for 17 Senate districts.

Caputo argued against the way the map approaches Marion County, separating it from neighboring Monongalia County and instead joining it with Wetzel, part of Marshall, Tyler and Doddridge. “I don’t see much community of interest there,” Caputo said.

Before the map was selected Senator Mike Woelfel, D-Cabell, worried that committee members would select one that splits Cabell County.

The map that was passed out keeps Cabell whole, but Woefel still expressed concern that the full Senate will make a switch.

“I see this map as a pass-through to get us to the floor with a map. I know this is not going to be the map. I bet you a Pepsi on that,” Woelfel said.

The House of Delegates is considering a map that would determine House districts for the next decade. The House also may have its own selection for a congressional map but its committee did not discuss that issue Monday.