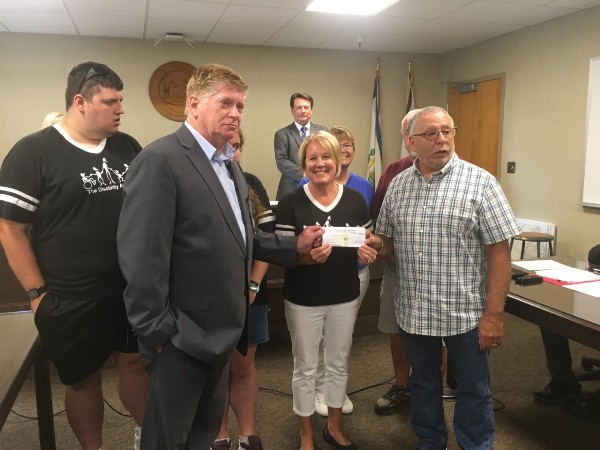 MORGANTOWN – Monongalia County Senator Bob Beach will keep his options open but for now, is ready to step away from state politics after more than two decades. Beach announcing on WAJR’s Talk of the Town on Tuesday that he will not run for re-election in 2022.

“Just take a break, step away from things, recharge and see what happens,” Beach said. “I have a couple of personal projects I want to get out of the way.”

Beach had been thinking about his future for the last six months but held off on making any announcement on his future until the redistricting process had started and senate district proposals were public to avoid potentially influencing how districts might be drawn.

“I probably would have announced earlier but I didn’t want it to impact the redistricting process we’re going through right now,” Beach explained.

When Beach’s term concludes next year, he will have served in the West Virginia Legislature for more than 21 years. He was first appointed to the House of Delegates in 1998 to fill the vacancy created by the passing of his father, Robert C. Beach.

He went on to serve in the house from through 2010 before being elected to the state senate in 2010. Beach formerly chaired the Senate Transportation Committee when Democrats held the majority in the senate.

News
Carper urges FDA panel to authorize a wider release of second booster shots for COVID-19
The FDA advisory panel meeting was broadcasted live on YouTube.
By MetroNews Staff
News
After ballot error, Doddridge County will run its school board race again this fall
Commissioners specified that only the candidates who were already on ballots are eligible for the upcoming vote.
By Brad McElhinny
News
Further delays in case of man charged in Nicholas deputy death
New date set for preliminary hearing in Brent Tyler Kelly case.
By Jeff Jenkins
News
Meteorologist recalls the day the Derecho crossed W.Va.
Forecaster Jeff Hovis knew about derechos, but he had never seen one until June 29, 2012
By Chris Lawrence
View AllHoppy's Commentary