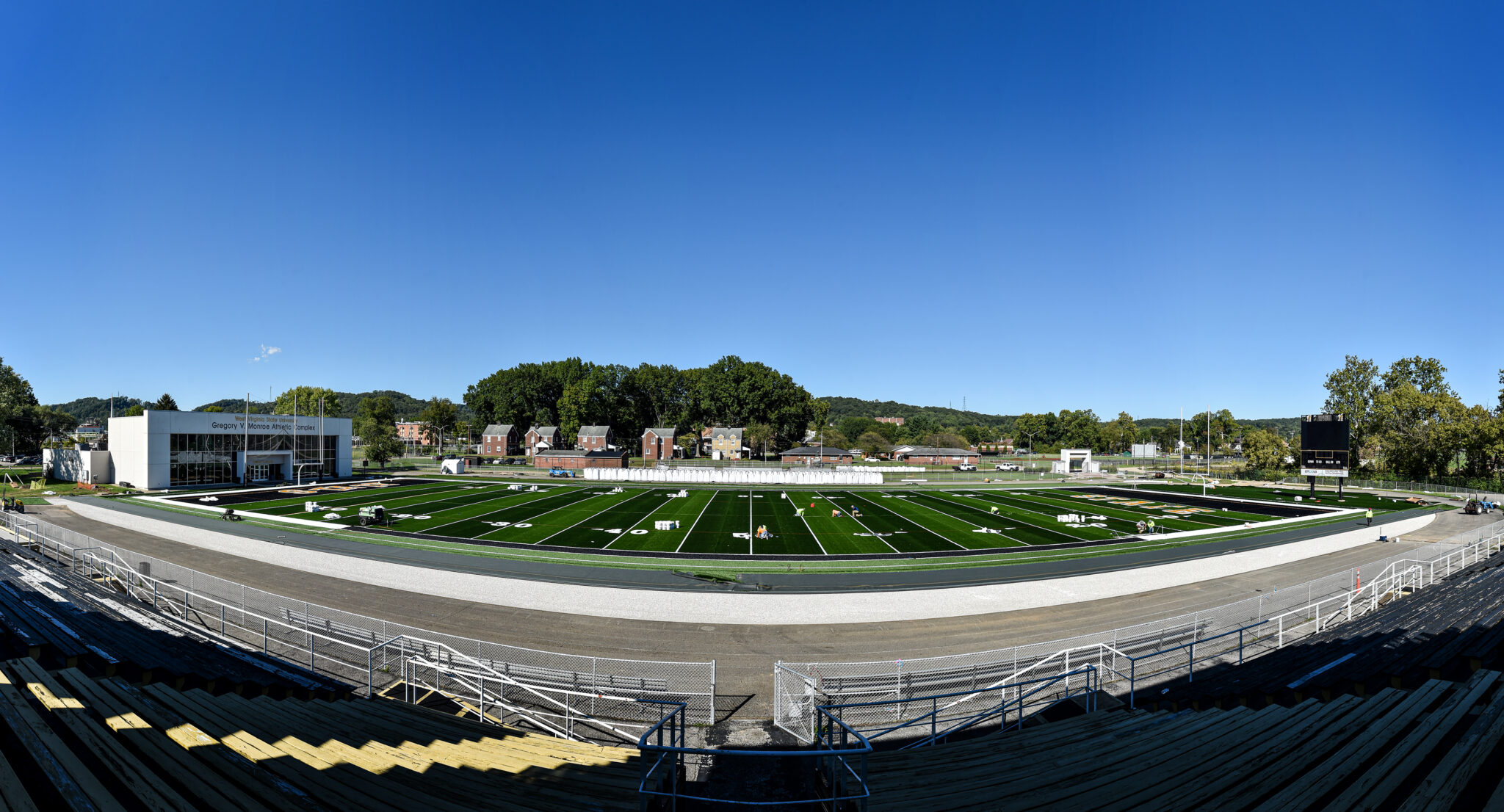 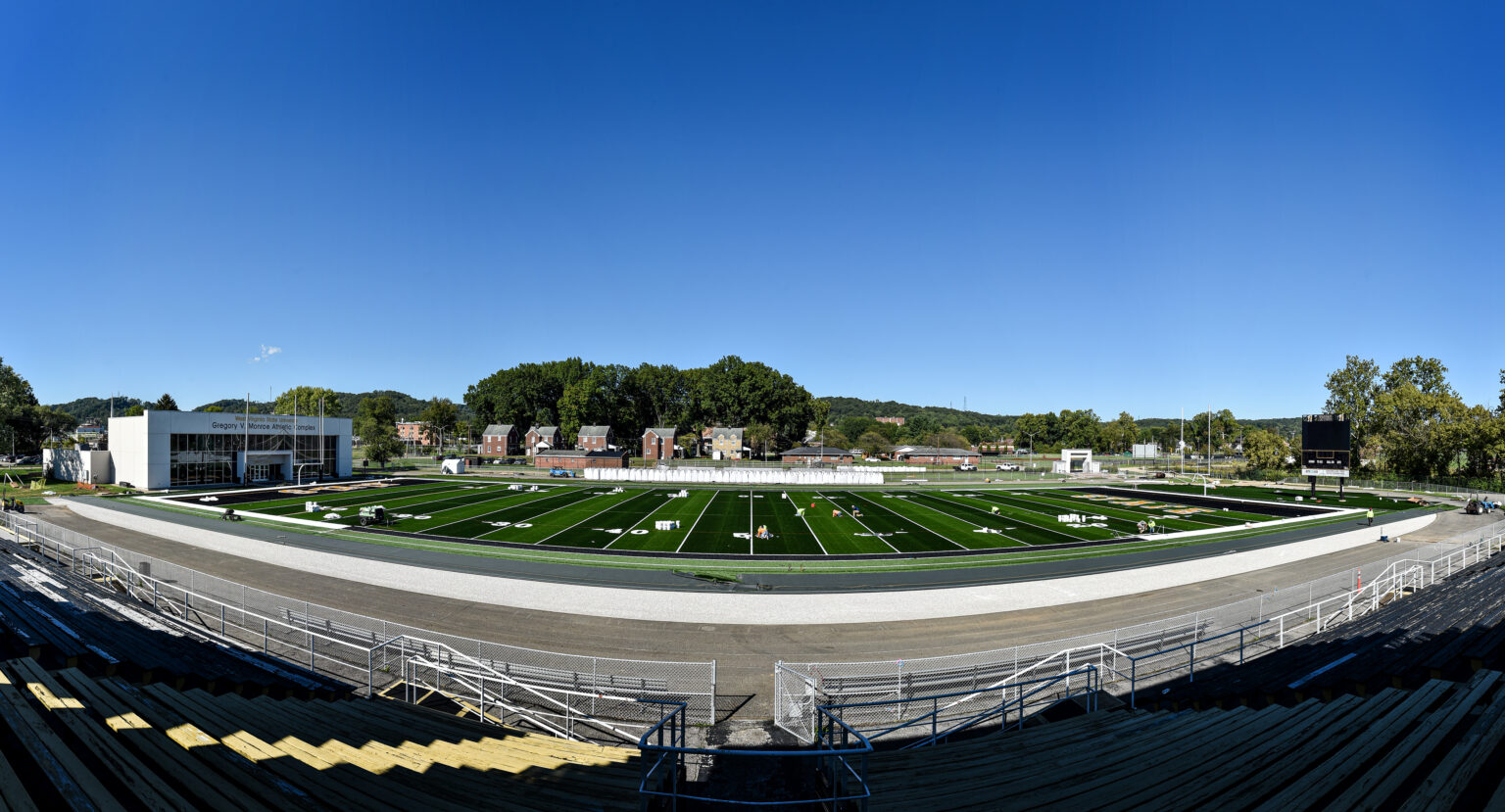 The field turf is laid and set for action at West Virginia State University. 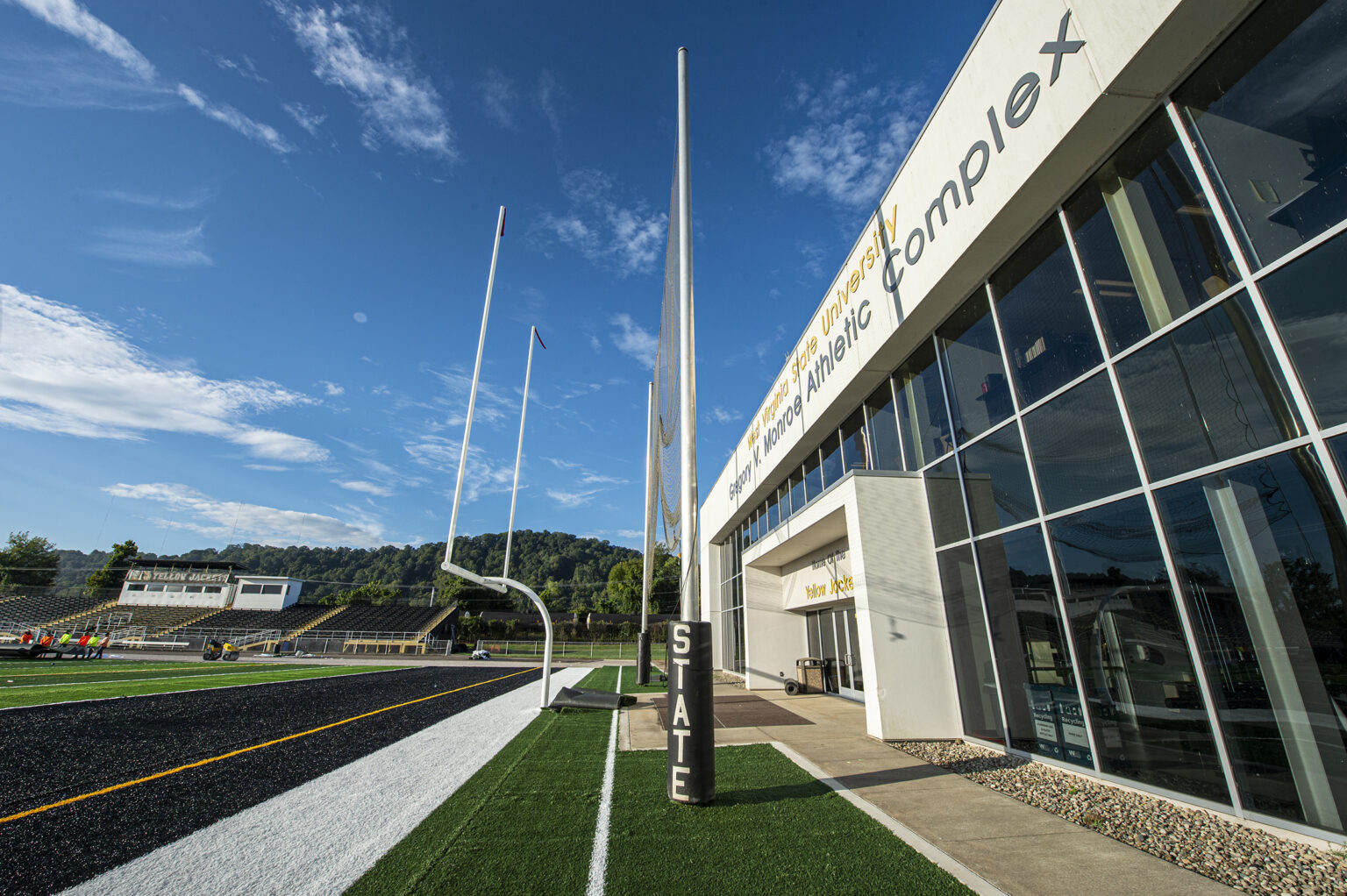 The field turf is laid and set for action at West Virginia State University. - WVSU 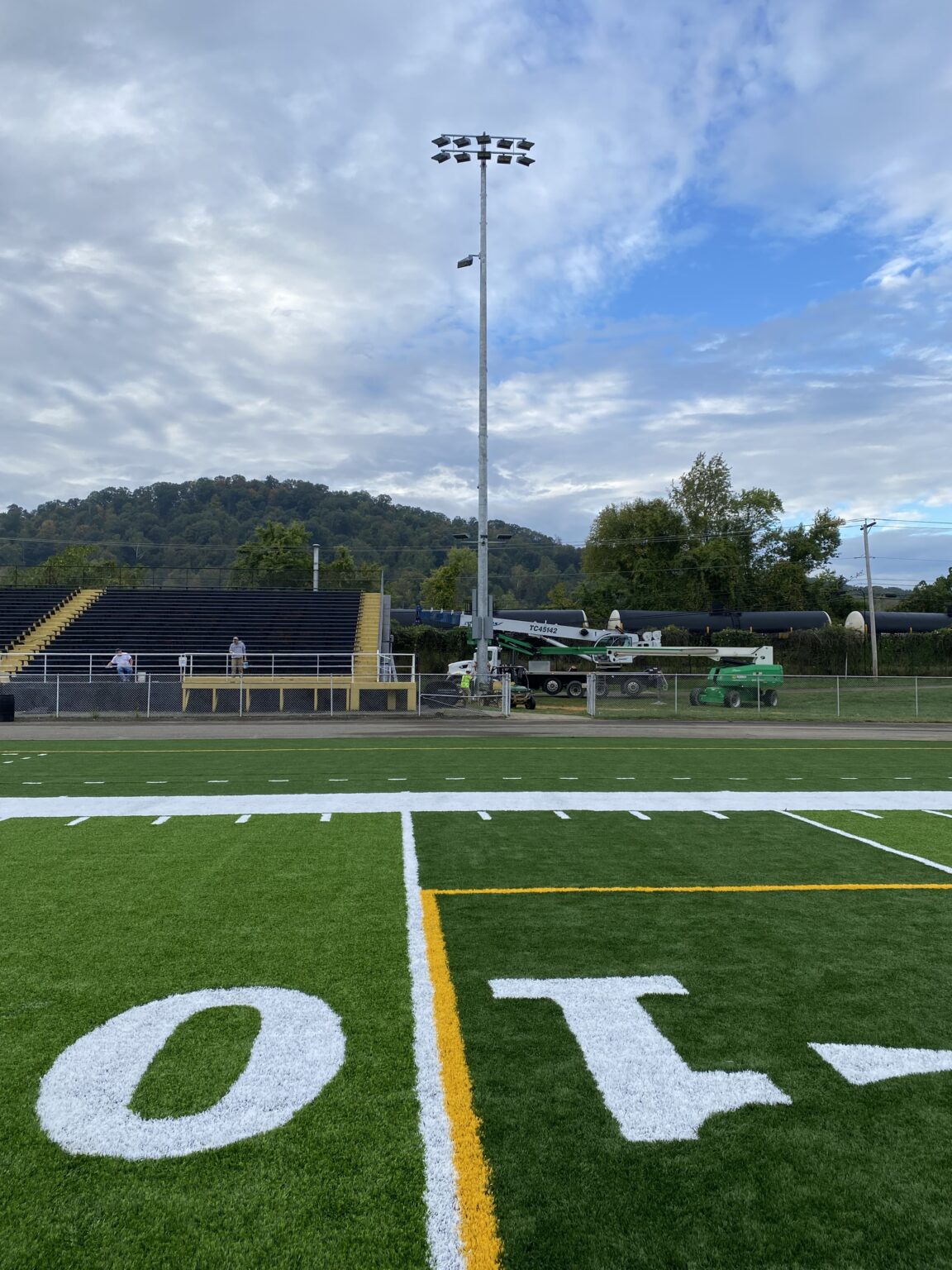 The field turf is laid and set for action at West Virginia State University. - WVSU

INSTITUTE, W.Va. — After a couple of months of work and years of wishing, renovations to Lakin-Ray Field at Dickerson Stadium on the campus of West Virginia State University are finished and the institution’s football team will play its first-ever night game on campus Saturday night.

The nearly $2 million project included the installation of artificial turf and stadium lights, along with new bleachers, to accommodate future football contests and women’s soccer matches.

“They are finishing the track right now, the lights are working, the turf is laid. We are just ready for Saturday night,” WVSU Athletic Director Nate Burton told MetroNews flagship 580-WCHS AM in Charleston.

The project featured funding from Pro Football Hall of Famer Willie Lanier, whose non-profit Honey Bear Project pledged $1.28 million for artificial turf for the field through its HBCU Field of Dreams Program. The main goal of the program is to raise $50 million over the next three years to install state-of-the-art playing surfaces at nearly three dozen HBCU football stadiums, a release said.

Other funding necessary to bring stadium lighting and bleachers to Lakin-Ray Field was provided by a $250,000 gift from the Bernard H. and Blanche E. Jacobson Foundation as well as a $150,000 contribution from the Kanawha County Commission.

“We can have student-athletes come here and look at our facilities. Now our facilities will not be one of the reasons why they do not come to West Virginia State University,” Burton said of attracting recruits with this new facility.

“Also our women’s soccer team and football team can dress in the locker room and walk right out to the practice field. We’ve had to go to Shawnee or other facilities on campus.”

The turf and lights come in time for the Yellow Jacket football team’s matchup with UNC Pembroke. The game is scheduled to kickoff at 6 p.m.

The new bleachers are scheduled to be installed in Spring 2022. Burton says with all the addition, West Virginia State has some of the best athletic facilities in the Mountain East Conference.

“We have been able to address our softball field, turf the outfield last year. We have turfed the inside of the baseball field. The Walker Convocation Center is a spectacular place to watch a basketball game or volleyball match. Ad now we have this,” he said.