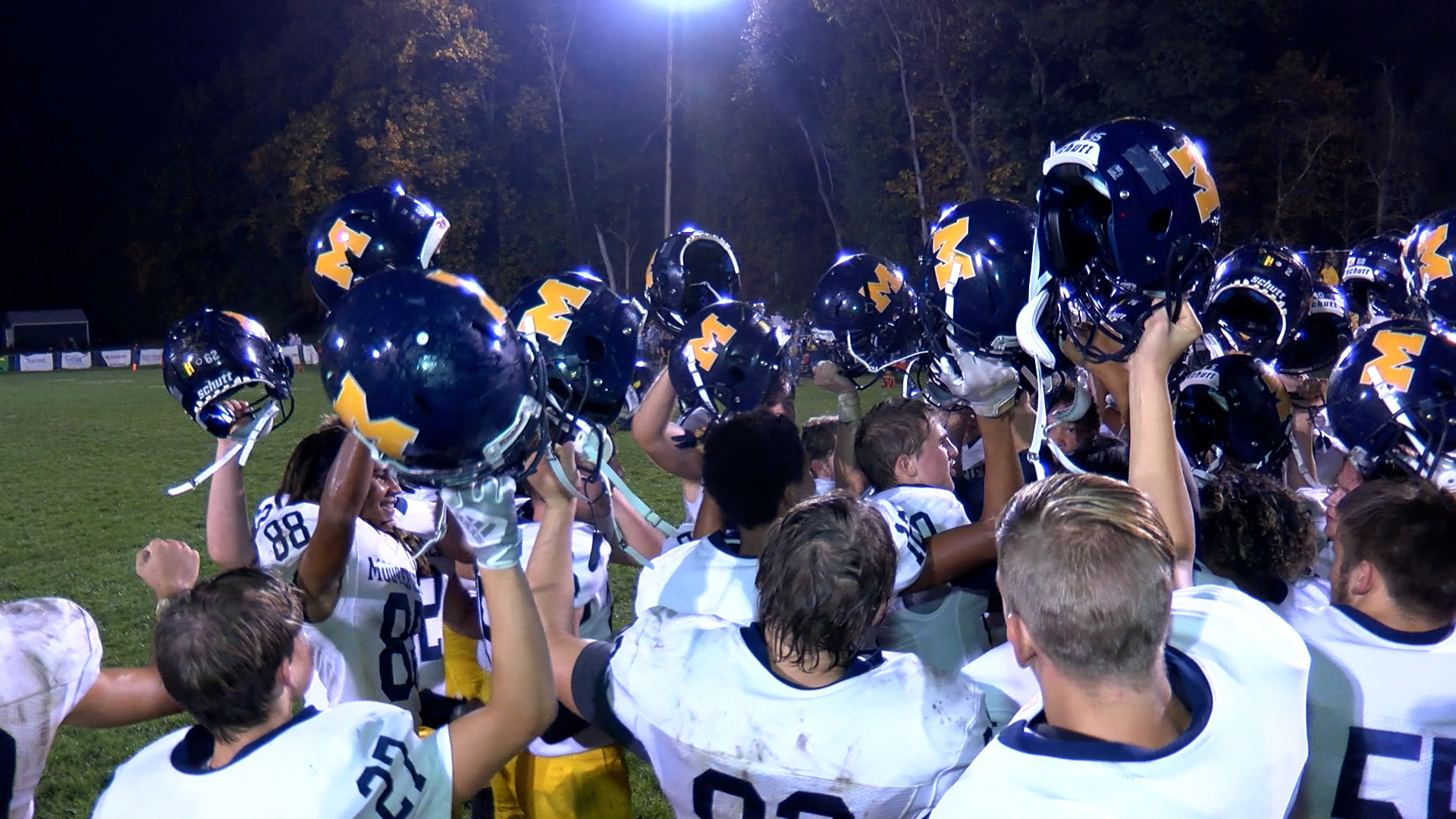 BAKER, W.Va. — Moorefield intercepted three passes in the final four minutes and outscored East Hardy 12-6 in the second half to win the Hardy Bowl, 25-24.

“We though the physicality level of what we wanted wasn’t there in the first half,” said Moorefield head coach Matt Altobello. “We challenged them physically and wanted them to come out in the second half and understand that in our process we have to continue to push forward. We are not going to look down. We are not going to feel bad for ourselves because we are playing a good football team. They took the challenge at halftime, came out in the second half and did it.”

No. 2 East Hardy (6-1) led 18-13 after a high-scoring first quarter. Mason Miller connected on a pair of touchdown passes to Dawson Price in the opening frame from 61 and 8 yards. Miller also scored on an 11-yard run. The No. 7 Yellow Jackets (6-1) kept pace with a pick-six from Coleman Mongold on the opening play from scrimmage and a Gavin Wolfe 60-yard tote.

Defenses settled in during the second quarter and the Cougars led by five points at halftime.

Moorefield took the lead on the opening possession of the third quarter when Blake Funk scored on a four-yard tote to make the score 19-18. East Hardy answered right back when Miller hit Price on a 99-yard strike to give the Cougars a 24-19 lead.

Moorefield regained the lead late in the third quarter. On fourth-and-7 from the East Hardy 39-yard line, Branson See hit Mongold on a 39-yard touchdown toss, giving the Jackets a 25-24 lead.

“He had good concentration to watch the ball in even after being tipped. Those guys don’t give up on any play no matter what happens within the play.”

Moorefield intercepted three passes from in the final frame. Mongold reeled in two and Wolfe collected the other.

“We mixed our coverages up a little bit. We pushed ourselves back at our safety position to be over the top to make them throw underneath.” Altobello said.

“We have to clean a lot of stuff up. Give credit to East Hardy. They are a great football team. We want them to celebrate and be happy but in the same breath, we have to move forward too.”