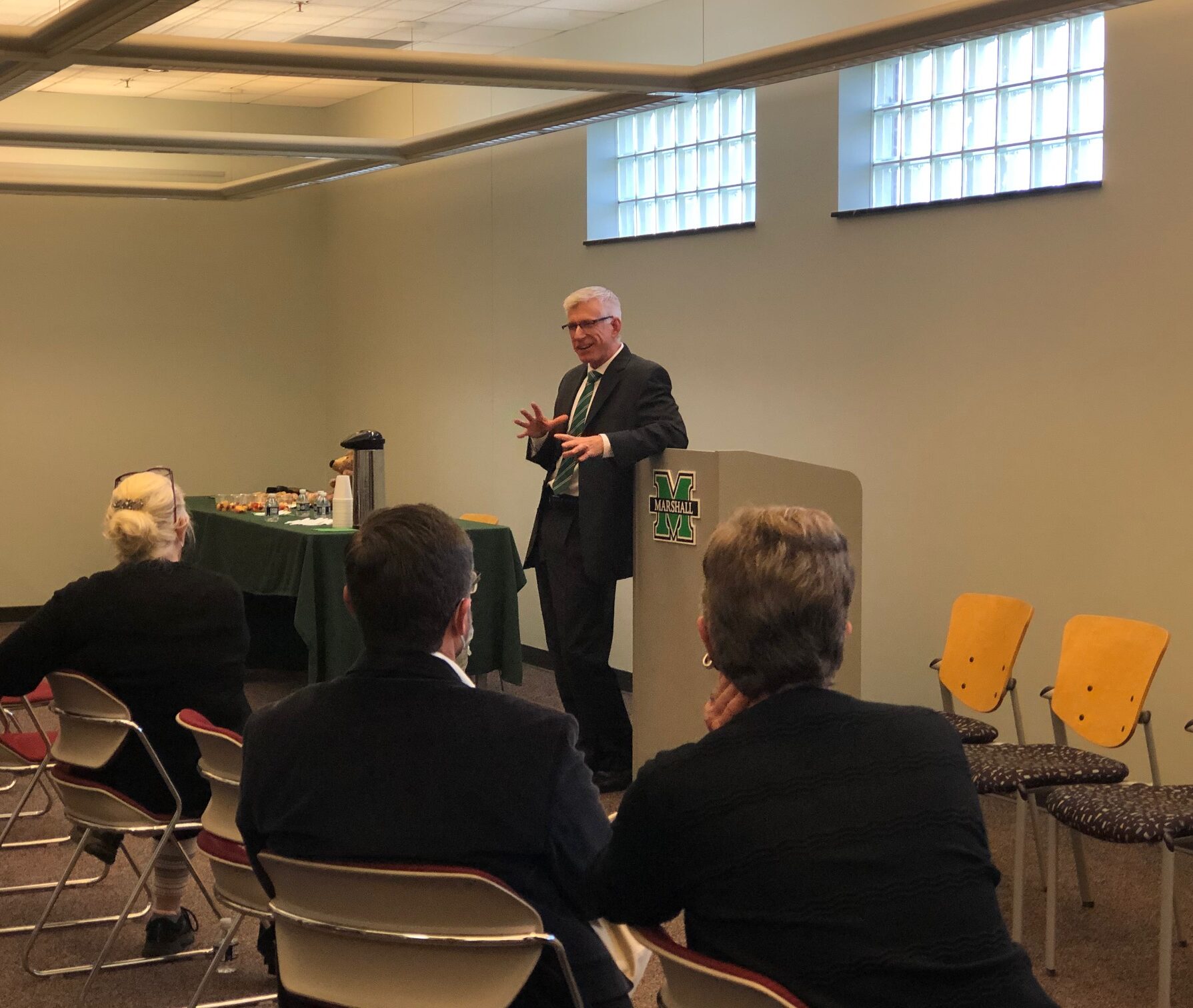 SOUTH CHARLESTON, W.Va. — Dr. Bret Danilowicz, the provost and vice president for academic affairs at Florida Atlantic University says the current challenges facing Marshall University are ones that he sees as something that can be solved with his skill set.

Danilowicz was the fifth and final candidate for the Marshall president position to visit with community leaders at the South Charleston campus. He was in Kanawha County Monday morning before heading to Huntington.

He told MetroNews that several factors attracted him to the position to replace Dr. Jerome Gilbert next year, including being at an institution that impacts the economic development of an entire community.

“I wanted to go to an institution where I could see some of the challenges that they had and I had the skill set, through time, to solve those particular challenges. I’d be confident I would be able to make a difference here,” Danilowicz said.

He mentioned several enrollment strategies that he has thought to have worked at his current institution and previous stops. Marshall’s enrollment has steadily declined in the past 10 years, currently sitting at a fall headcount of 11,957 students for the 2020-21 year, according to the West Virginia Higher Education Policy Commission (HEPC). According to the HEPC, the 2010-11 fall headcount at Marshall was 14,192 students.

Danilowicz said an enrollment strategy that he would like to implement at Marshall is career-aligned employment. For example, he said an accounting student should be able to work part-time with an accounting firm during their undergraduate years and not in retail or fast food.

“We need to be attracting businesses that would be able to employ students in their selected career field when the student starts freshman year,” he said of the strategy. “This really gives the students the applied experience when they come to Marshall. These are things that are starting to be done, I’ve implemented elsewhere and can do so here.”

Danilowicz was also critical of Marshall’s ability to attract students from community colleges and dual enrollments from local high schools to the Huntington campus. He noted that in his interview preparation, he did not see the proper links on the institution’s main web pages for branding a pathway to Marshall for those specific students.

“We need to be providing those students with access to athletic programs, student clubs on campus and to integrate them as part of the Thundering Herd. From the first day they are signing up at those other institutions,” Danilowicz said.

Before joining Florida Atlantic, Danilowicz served as dean of the College of Arts and Sciences at Oklahoma State University, according to Marshall’s presidential search page. Previously, he was associate dean, then dean, of the College of Science and Technology at Georgia Southern University.

He will be in meetings with faculty, staff and students in Huntington on Tuesday.

Last week, the four other candidates visited the Mountain State including Dr. Robyn Hannigan, the provost at Clarkson University on Oct. 11.

Dr. Bernard Arulanandam, the vice president for research, economic development, and knowledge enterprise at The University of Texas at San Antonio visited the campus communities on Thursday.

The Board of Governors is expected to make its final selection to replace Dr. Jerome Gilbert at its regularly scheduled Oct. 28 meeting.