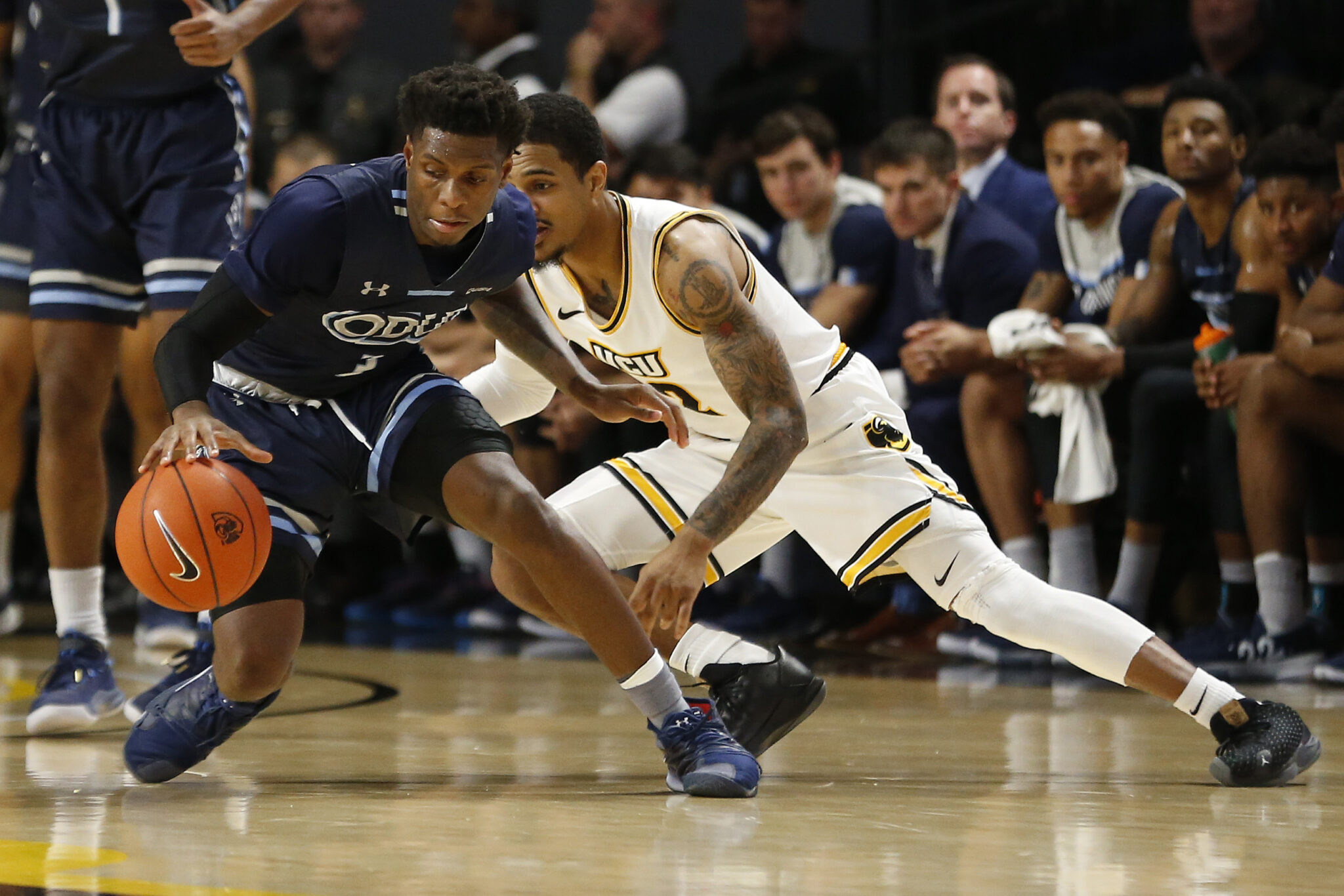 MORGANTOWN, W.Va. — Among the seven new players on the WVU men’s basketball roster this winter are a trio of fifth-year transfers. Forwards Dimon Carrigan and Pauly Paulicap are joined by Old Dominion transfer point guard Malik Curry. Shortly after his Monarchs closed out last season, Curry decided to take advantage of an additional season of eligibility afforded to college athletes due to the pandemic.

“I had a good career at ODU. But just given the extra year, if I didn’t have the extra year I would probably be playing professionally right now,” Curry said. “Coming back to school for another year at the highest level, I just wanted to see how that would go for me. I entered the portal and by the seventh day, I think I was committed here. I was actually going to commit the first day, when Coach Huggins called me. I knew this was the right fit for me.”

Curry and senior Kedrian Johnson are the veteran players who will compete for playing time at the point guard spot. With a roster that is halfway comprised of new players, the learning process continues for Curry to understand everyone’s individual games.

“It is a lot of new guys. So on the court I have to know, especially as the point guard, where guys like to get their shots from and what makes them comfortable on the court. We just have to communicate more and talk more. We have a good relationship as a team and we bond well.

“Every day of practice, we are going at it. So I will play my best somedays and I will play my worst somedays. One day I feel good about myself and I am hoopin’ today. The next day, it is like, ‘Damn, why is my game not translating today? What is off?’ That’s what I signed up for. It is a learning curve.”

Curry says the level of defensive intensity required by Huggins is elevated from his previous college stops at ODU and Palm Beach State.

“It is definitely different. It is just a lot harder playing here. Pressing and playing 94 feet the whole game, that is an adjustment for me.

“I like playing fast, getting out in transition and getting steals. That’s kind of my game.”

WVU welcomes back a pair of quality perimeter shooters in Sean McNeil and Taz Sherman. Curry hopes their ability to shoot the three will open up driving lanes.

“It makes my job a lot easier because they are not going to leave our shooters. I can get in the paint and it is the big guys I have to worry about. With me penetrating, all I have to do is be able to make shots. If I am making shots and I am penetrating, I am unguardable at that point. If I do what I do best, I know a lot of stuff is going to open up on the court.”

Curry’s time in the transfer portal was brief. He was ready to commit shortly after his first conversation with Huggins.

“He is not as crazy as people would say he is. He is just a good coach. Of course he is going to get mad and yell at us but that is every coach. All the stories I was hearing before, so far it has been good.”

Sports
ULM stuns Marshall in double overtime, 86-82
The Herd's five-game win streak came to an end in Huntington. Marshall squandered a late four-point lead in the first overtime.
By Greg Carey
Sports
George Washington bounces back from first loss with 68-36 win at Parkersburg
The Big Reds produced half of their offensive output in the first quarter, before the Patriots took control.
By Greg Carey
Sports
Brown likens transfer portal to bank account, but admits defensive losses were costly in 2022
West Virginia has lost several key players from its 2022 roster early in the offseason, though the Mountaineers have also announced the addition of players they're hoping can make an immediate impact.
By Greg Carey
WVU Sports
3 Guys Before The Game - Streak Snapped - Auburn Preview (Episode 437)
WVU snaps the streak and now prepares for Auburn.
By MetroNews Staff