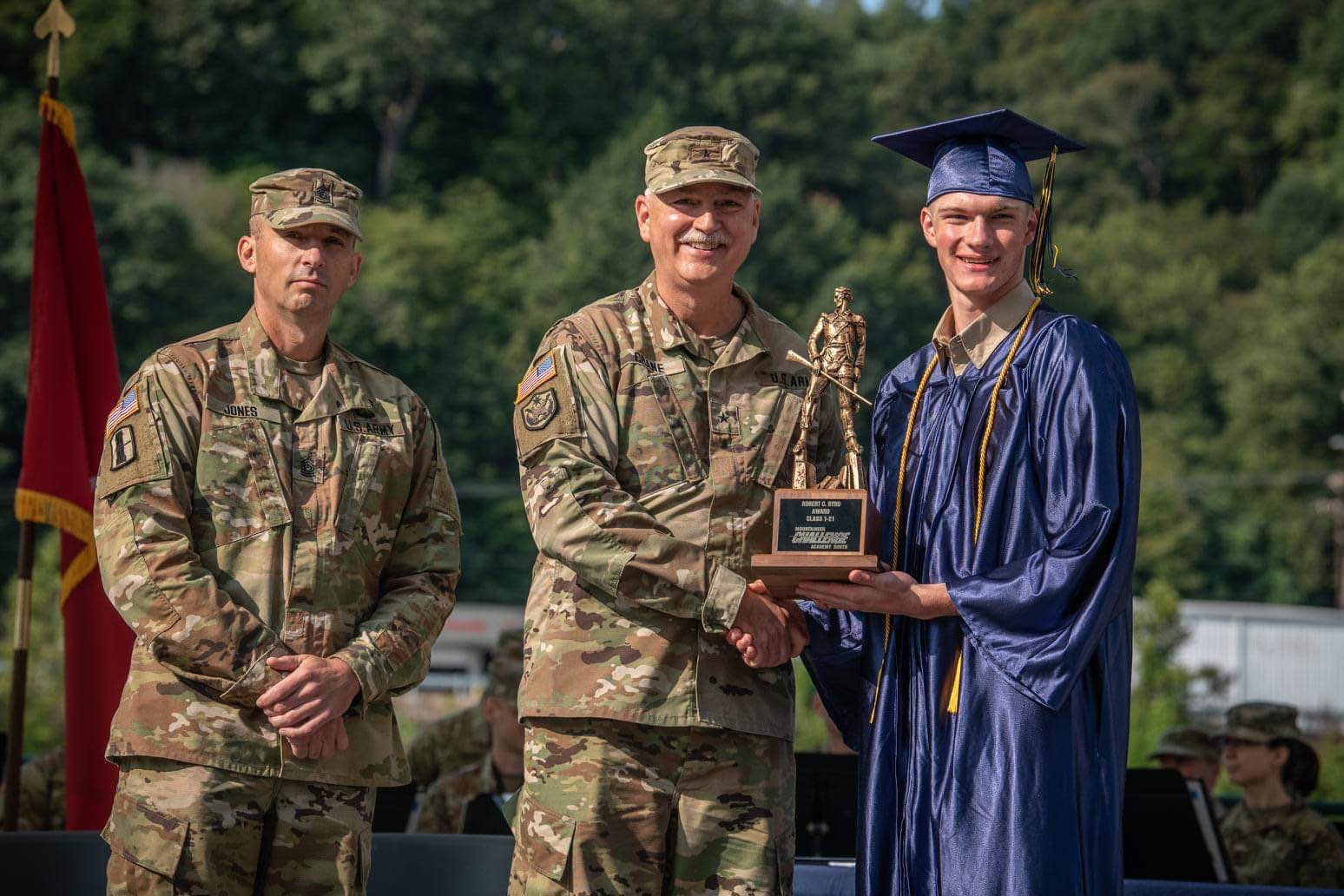 William Farkas graduated from the MCA earlier this year and is now pursuing and appointment to the USMA at West Point.

TUNNELTON, W.Va. — William Farkas of Tunnelton isn’t your typical 16 year old. Farkas is now a high school graduate and preparing for the next step in his life.

During the spring he completed training in the Mountaineer Challenge Academy and with the completion has received a second letter of recommendation for appointment to the United States Military Academy at West Point.

“I wanted to take the path least taken by students of my type. I thought it would perhaps give me an edge,” Farkas said.

His path is different because the Mountaineer Challenge Academy isn’t typically a place top notch students wind up to finish out their education. It’s normally a last chance for students who are on the verge of dropping out of high school. Although the program has been highly successful in turning around the lives of many at risk teens in West Virginia, it’s never been one which has produced a student bound for West Point.

Farkas made the choice to attend the Challenge Academy and leave Preston High School. His grades were perfect, he was a standout participant in several sports at the school, and he was at the forefront of everything he did. But Farkas wanted more.

“I could graduate a year and a half or two years early from high school and move on to college. I just didn’t know the college might be the United States Military Academy,” he explained.

But for William, West Point is the next step of a lifelong pursuit. He comes from a long line of military veterans on both sides of the family and wanted to continue the tradition.

“It’s been instilled in me from a very young age serving your country is no small feat. It’s a very important and a very honorable thing to do,” he explained.

Despite high grades, a stellar athletic record, and plenty of leadership experience Farkas said he didn’t have the the self confidence it takes to pursue an appointment to the US Military Academy. But he found that confidence and courage at the Mountaineer Challenge Academy.

The decision to attend came as no shock to his mother who said he’s been a driven individual from birth.

“I tell people all the time, this child walked at five months. He taught himself to play the piano, and he plays well. He couldn’t wait to get out into the world. The fact that he chose this path was no surprise at all,” Rhonda Farkas said.

Farkas graduated from the Mountaineer Challenge Academy South earlier this year. Originally he was planning to go to the academy at Camp Dawson only a few miles from his house. However, he got the Coronavirus and had to sit out a semester. The next academy class was in Montgomery.

He now plans to continue pursuing an appointment to West Point and in the meantime will join the West Virginia National Guard to continue to enhance his resume with military service.  If successful, he would become the first MCA graduate to attend one of  the nation’s military academies.