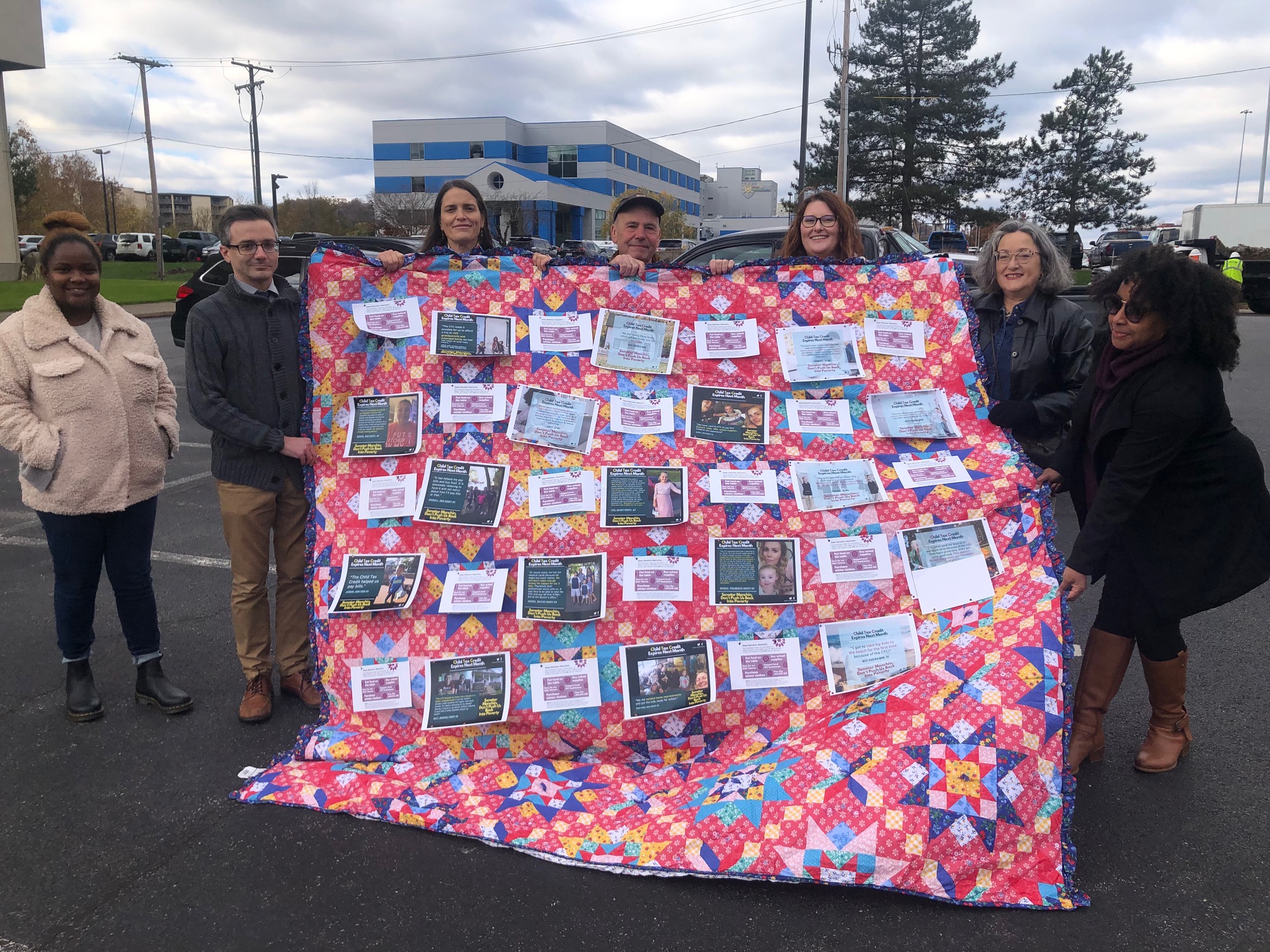 A quilt was delivered to Sen. Joe Manchin's Charleston office in November, urging him to defend the child tax credit and pass the Build Back Better Act.

CHARLESTON, W.Va. — A group of West Virginians gathered outside of Sen. Joe Manchin’s (D-WV) Charleston office Monday, urging him to defend the child tax credit and pass the Build Back Better Act.

The handful of leaders did so in a unique way, in the giving of a quilt that featured stories of West Virginians impacted in a positive fashion by the tax credit.

The child tax credit was inside of the American Rescue Plan as of July 15 and most families automatically received monthly payments of $250 or $300 per child without having to take any action. It’s set to expire by the end of the year should the Build Back Better Act not pass.

“It’s a friendly visit, sharing stories with Senator Manchin in hopes that he will do what he can to extend it as far as we can and as long as we can to cover as many people as possible,” Rick Wilson of American Friends Service Committee West Virginia told MetroNews.

Wilson said around 346,000 children in West Virginia have benefited from the tax credit. The White House states that the extension of the act would give more than 35 million families a major tax cut by extending the expanded Child Tax Credit.

“People are saying they have been able to buy tires for the car, able to pay utilities back, got shoes and clothes for the kids, kids have been able to take lessons. It shows that it’s having a real impact on people in West Virginia,” Wilson said of the stories told.

Wilson added that he believes that extending the child tax credit could do for kids in this state what social security could do for the elderly.

Dropping off a quilt of stories on how important the enhanced child tax credit has been to WV families at @Sen_JoeManchin’s office pic.twitter.com/1nd5ZXhUH1

Market Watch reported that House Democrats are expected to vote this week on the nearly $2 trillion social-spending bill.