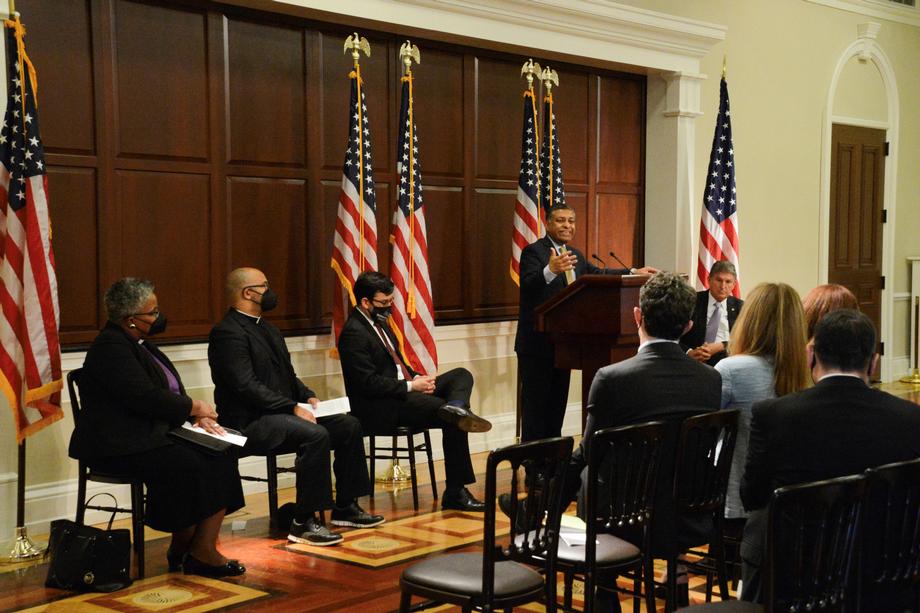 CHARLESTON, W.Va. — Dr. Rahul Gupta on Thursday was sworn in as the director of the Office of National Drug Control Policy.

The U.S. Senate confirmed Gupta’s nomination on Oct. 28. Gupta oversaw the Kanawha-Charleston Health Department from March 2009 to December 2014 and served as state health officer from January 2015 to November 2018.

“I myself had the honor of working with Dr. Gupta when I was Governor and he served as the director of the Kanawha County Health Department,” Manchin said. “His advice and expertise helped guide Charleston and Kanawha County through difficult times, and I will always be grateful for his help and continued friendship.”

Gupta is the first physician to preside over the office.