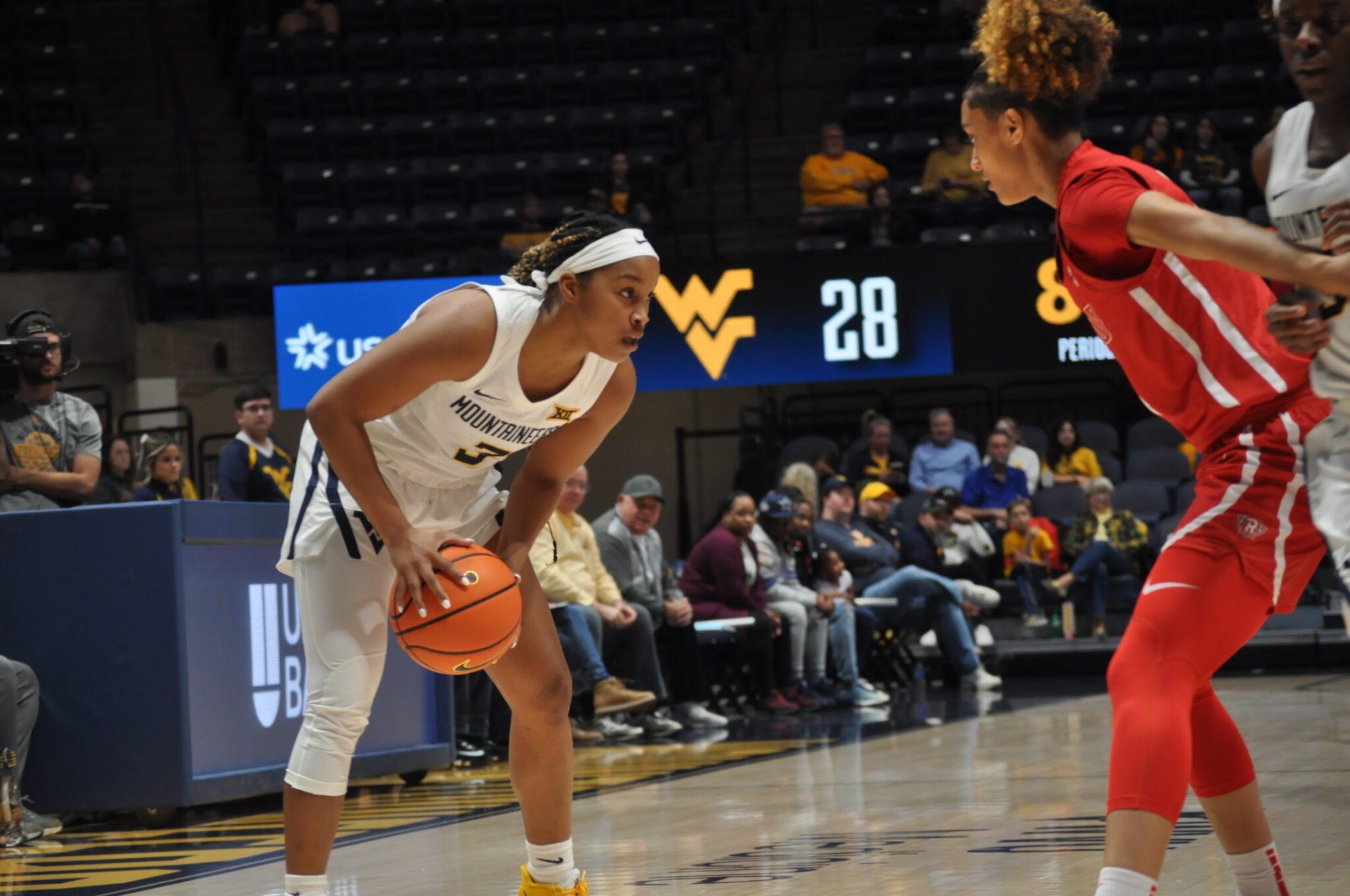 MORGANTOWN, W.Va. — West Virginia looks to rebound from its first and only loss this season when the Mountaineers battle No. 16 Kentucky at 7 p.m. Wednesday at Memorial Coliseum.

Last week, the Mountaineers played two games at the St. Pete Showcase at Eckerd College, first defeating Purdue 65-57, before falling short against BYU in the championship, 58-57.

“We just turned the ball over so many times,” WVU head coach Mike Carey said. “It’s a shame, because if we’d have not turned the ball over so much against BYU, we would’ve been in great shape. We just weren’t aggressive enough, which surprises me. I was really surprised where they were doubling our posts and hedging hard on the guards that we weren’t more aggressive. That was a little bit disappointing.”

The Mountaineers and Cougars both had 23 turnovers, but BYU shot nearly 50 percent from the field compared to West Virginia making 22-of-54 shots.

WVU (4-1) built a 10-point first-quarter lead and went into halftime with a 37-29 advantage before things took a turn for the worse. By the time the fourth quarter began, BYU led 45-44 after the Mountaineers made only three third-quarter field goals and turned it over seven times

Two field goals from Esmery Martinez allowed WVU to pull even at 54 and 56, before the Cougars went ahead on two Shaylee Gonzales free throws with 3 seconds to play.

Out of a timeout, Carey was pleased with his team’s execution, which led to Kari Niblack getting fouled and having an opportunity to send the game to overtime. Niblack made her first foul shot, but the second one was off the mark, allowing the Cougars to prevail.

“It was a set play to bring everybody to the ball and throw it overtop to [Niblack],” Carey said. “She got fouled and it was exactly what we thought would happen. The first thing I said was, ‘Kari it wasn’t your fault.’ It shouldn’t have come down to that. Those twenty-three turnovers and [BYU’s] offensive rebounds at the end were the difference. It definitely wasn’t the foul shots.”

Martinez, who Carey said was sick throughout the trip, led WVU with 18 points and KK Deans added 17 against BYU.

“This is why you play these games,” Carey said. “We have to learn what we need to work on. They were small at times. I’m trying to match up to what they were doing. We tried some different things.

“The bottom line is we played well enough to win — we just turned the ball over. I hate to lose games that way when you get lackadaisical with the ball. There were times we were so soft with the ball. That’s not us. Those are things we have to get better at.”

Deans had a team-high 12 points against Purdue, while reserves A’riana Gray (10 points) and Savannah Samuel (8 points, 4-of-5 shooting) gave Carey’s team a big lift off the bench during its victory in the Sunshine State.

West Virginia forced 47 turnovers over the two games at the St. Pete Showcase.

“Some players came off the bench and did a good job,” Carey said. “I saw a lot of good things, too.”

Now the Mountaineers try to rebound against the Wildcats in what marks the final year of the Big 12/SEC Challenge.

“Me personally, I wanted to renew it, but it’s not being renewed,” Carey said. “This is over and the SEC is going with another league now. It gives you a Power 5 game that’s scheduled for you and that’s good. It goes home and home every other year. I liked it, but this is the last year for it.”

The Wildcats (4-1) won their first two games, before losing at Indiana. They’ve responded with two more wins since their lone setback.

Edwards is shooting better than 64 percent from the field and averaging nearly seven rebounds.

Howard is UK’s top rebounder with a 7.8 average and tied for the team lead with 23 assists.

“Sometimes they’ll go five out. All five of them will push the ball on the break,” Carey said. “They’ll go small sometimes. They have two elite scorers. They play hard. They’ll trap you out of mostly a 1-2-2, three-quarter court with Howard at the top. She’s very athletic. She’s a top 5 draft choice going into this year and she can score the basketball.

“But I’ve always been the type, let’s defend everybody. We’re not just worrying about her. She’s going to get her 20 and then we can’t give someone else a career night. I don’t want to do that. Transition defense will be very important and taking care of the basketball is again going to be very important.”

Deans leads West Virginia with an average of 15 points. The 5-8 guard has registered double figure scoring in 18 straight games dating back to last season.

Martinez is averaging 13.2 points and a team-best 7.4 rebounds.

WVU is 1-2 in the all-time series with Kentucky.