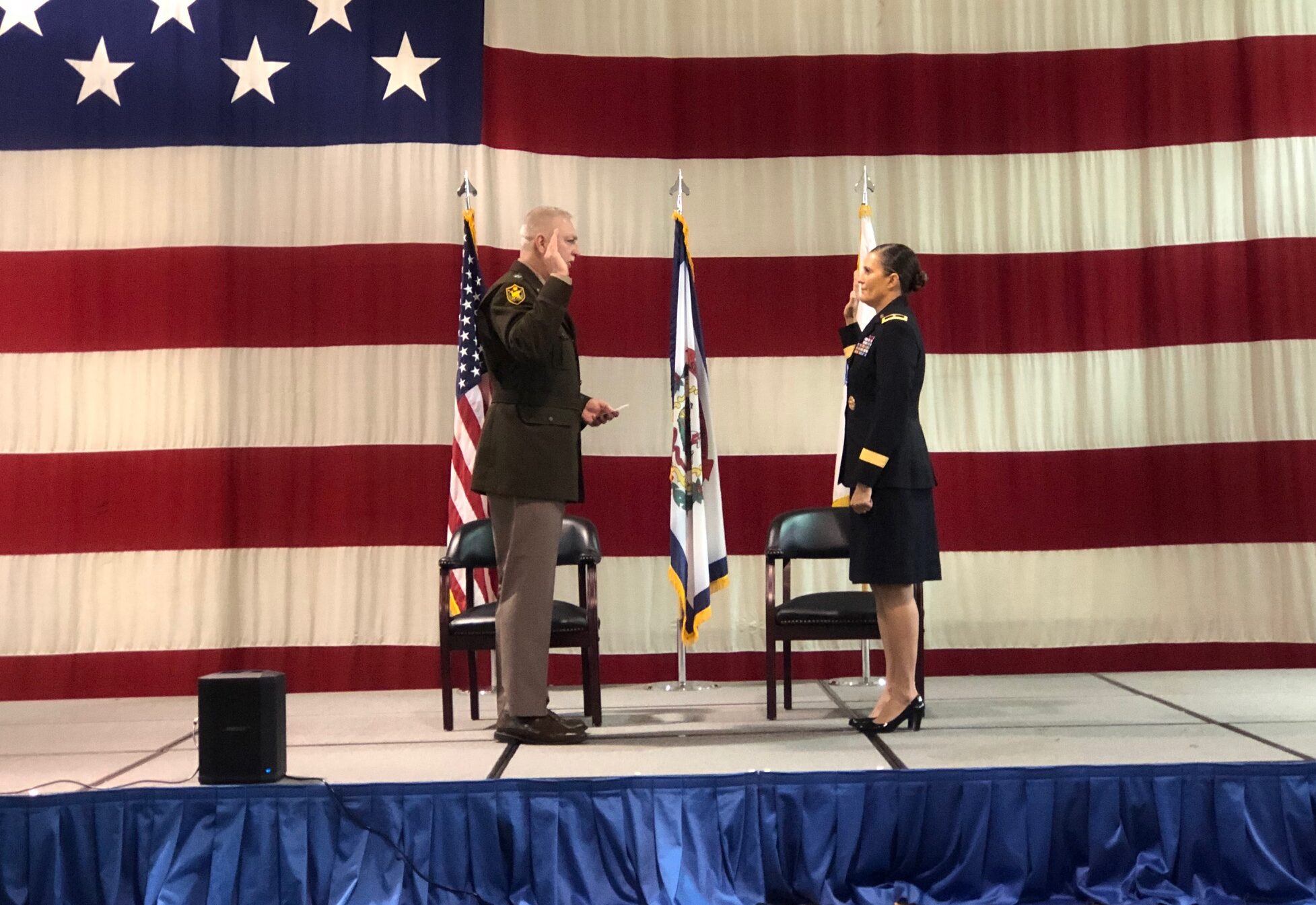 CHARLESTON, W.Va. — History was made when Michaelle M. Munger was promoted to the rank of brigadier general Thursday at the West Virginia National Guard Joint Forces Headquarters drill hall in Charleston.

In front of family, friends and colleagues, the then Col. Munger became the first female general officer for the West Virginia Army National Guard (WVNG) in the state’s history.

Munger was emotional during the ceremony and her speech but told MetroNews afterward that this sends a message to female military members that they can achieve greatness too with effort.

“I mentioned in my speech that it does require effort, it is a long road and doesn’t happen overnight. If you do your best, if you grow where you’re planted and take those hard jobs that develop you as a leader, you can also become a general too,” Munger said.

“It’s not easy but it’s achievable.”

Munger has served in every component of the U.S. Army such as active duty, U.S. Army Reserves, and the U.S. Army National Guard. She was commissioned through the Reserve Officer Training Corps (ROTC) in 1994 and has served in various roles of increasing responsibility for more than 27 years in uniform, including working for the National Guard Bureau and in the Pentagon, a release stated.

Her recent assignments include Director of Joint Operations (J3), WVNG; Associate Director, Office of the Deputy Secretary of Defense for Energy, Installations and Environment/Facilities Investment and Management; and as Deputy Director, Real Property Maintenance, Office of the Assistant Secretary of Defense for Readiness, Programming and Resources. Munger served from August 2017- August 2019 as J3 (Director of Joint Operations) for the WVNG and as the Brigade Commander for the 77th Brigade Troop Command.

Her current assignment is Special Assistant to the Adjutant General of West Virginia. She was sworn in to Brig. Gen. by Adjutant General, Maj. Gen. William “Bill” Crane on Thursday.

“It’s been an honor to work with the West Virginia National Guard. They do a lot of incredible support missions for the state and I am blessed to be a part of it,” Munger said.

Munger follows in the footsteps of Brig. Gen. Paige P. Hunter who was promoted to general officer rank for the West Virginia Air National Guard in early 2016. The promotion puts Munger in the top 2% of the total National Guard force

Munger is married to Michael Dulong, a retired Navy SEAL with 25 years of service, and is a stepmom to Gabriel Dulong, a Navy SEAL and Eva Dulong, an aspiring interior designer. She enjoys riding her horse Max and kayaking flat water.

She said she remains motivated every day to lead others like her.

“I love to mentor, I want to see other folks achieve greatness if they want to. This allows me that mechanism to continue to serve outside of this country and help other people become, cliche, become all they can be,” Munger said.