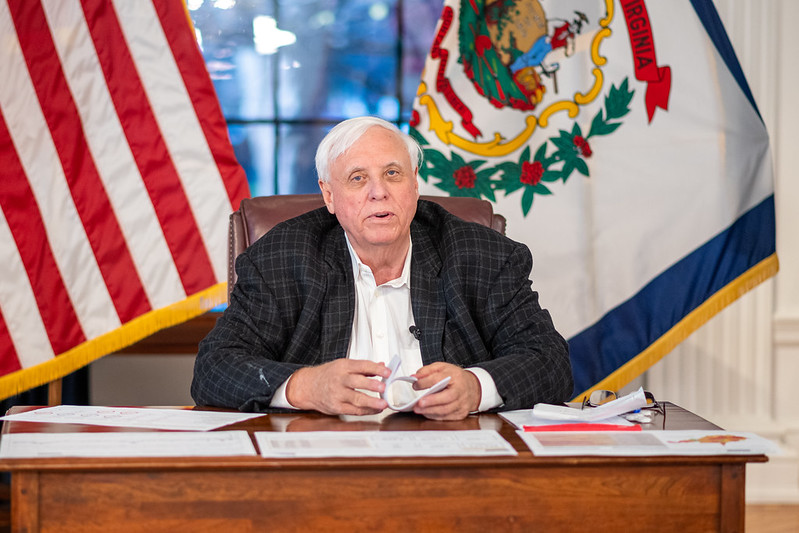 As the White House introduced new measures meant to blunt the effects of a winter surge of covid-19, West Virginia health leaders expressed their own alarm about what’s ahead.

Amjad pointed toward a rising number of active covid-19 cases, “so to me that’s alarming.”

West Virginia’s number of active cases rose today to 7,113, according to state figures.

That’s up from 5,800 on Monday. Overall, West Virginia’s caseload has more or less plateaued since a spike a few weeks ago.

Hospitalizations were up today, too — now at 569.

West Virginia reports that 52.6 percent of its vaccine-eligible population, ages 5 and older, is considered fully-vaccinated.

The seven-day average on vaccinations has been sliding downward, at 906 today from 1,493 last Thursday.

“It is really important for a best protection status for all West Virginians who haven’t been vaccinated — and that includes family members visiting folks in nursing homes, people working in these facilities, as well as generally in our state — to make sure that if you’re vaccinated with first and second doses and you’re six months after that for Pfizer and Moderna or two months after J&J that you get boosted,” Marsh said.

President Joe Biden and his administration today announced a series of measures meant to blunt the worst effects of a possible winter surge. The precautions were announced just as the second case of the new variant omicron was identified today.

“We’re going to fight this variant with science and speed, not chaos and confusion,” Biden said in a public address this afternoon.

The measures will require international travelers to test negative within one day of their departure to the United States, regardless of nationality or vaccination status. The initiatives also include a requirement for insurers to cover the full cost of at-home covid-19 tests that people buy.

The plan also includes the establishment of family vaccination clinics to allow all members of a family to get first shots or boosters at the same time at community health centers and other locations. Some of those events for hard-to-reach communities will be mobile.

“We are better positioned than we were a year ago to fight covid-19,” Biden said today.

Gov. Jim Justice, during a briefing today, said he would be getting a covid-19 test following recent exposures to people who are experiencing the effects of the virus.

He described his own situation to urge other citizens to get tested.

Justice started today’s regular pandemic briefing almost an hour after it was initially scheduled to begin and then spent much of it describing the state’s economic performance and tourism accolades.

But he did conclude with his own warning about troubles ahead with covid-19.

“You need to be vaccinated. We’ve said it 10 million times. That’s all there is to it. The folks that are vaccinated, get your booster shot. Get it right now.”

News
Some Regal residents find housing following apartment fire one week ago
The fire in Charleston displaced about 35 families after the building had be demolished.
By Carrie Hodousek
News
Mountain railroad finally repaired after nearly 40 years
A 15 mile stretch of track from Cass to Durbin destroyed in the 1985 flood is finally restored after years of work
By MetroNews Staff
News
Kanawha County Commission wants lawmakers to tackle utility rate hikes
Members say efforts to fight the endless hikes at the PSC haven't worked so they want lawmakers involved. Carper said the increased costs for gas, water, and power in recent years is more than a lot of West Virginians can afford.
By Chris Lawrence
News
Governor says he'll compromise on tax plan, but expresses frustration that session could end with no deal
Senate Finance Chairman says it's important to carefully assess the effects of the tax proposal in years to come.
By Brad McElhinny