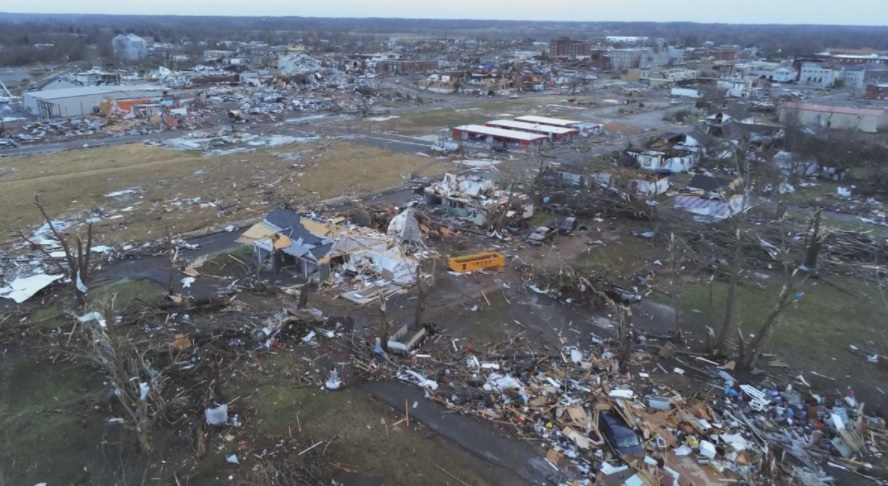 MARTINSBURG, W.Va. — An Eastern Panhandle organization that deploys all over the country to help veterans is now turning its attention toward helping those impacted by devastating tornadoes that struck Kentucky and other states.

“I found out from the battalion chief at the fire department in Mayfield, Kentucky that we’re the first donation to come down to have medical supplies. I told them that we have a lot in, that we’ve been donating medical supplies out to our police, fire, ambulance, different hospitals in our local area West Virginia, Maryland, and Pennsylvania, and we have a storage unit full of it and we’d love to donate that,” Rock said.

They’ll also be on hand to help, he said. “—and then we’re planning on volunteering down there, doing the search and rescue, cutting down trees that need to be cut down, just doing as much as we can because, honestly, Christmas is right around the corner and we can’t imagine being around a Christmas tree while there are families out there who’ve lost their loved ones, lost their homes.”

Rock said they’ll need help loading up at their Greencastle storage facility Friday around 7:30 a.m. They plan to get the caravan underway with a police escort around 9:00 Friday morning.

Go to Battle Buddy Response Team for more information and to learn how to help.