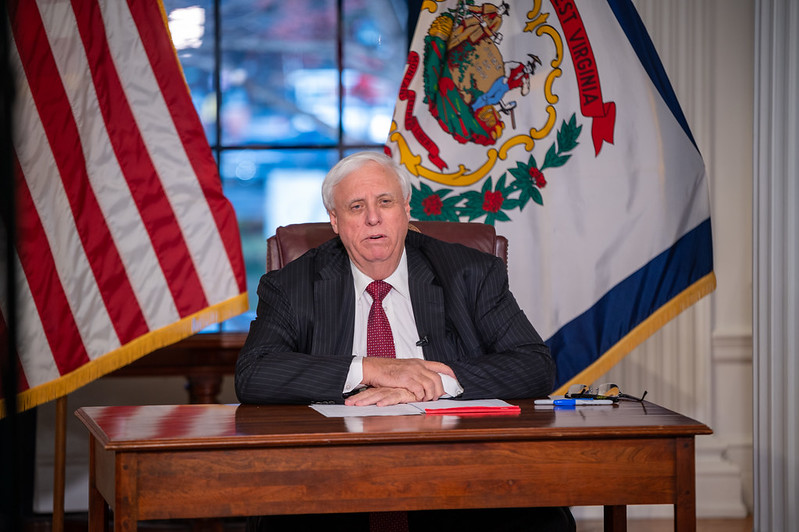 “In the up and coming session, we are going to join hands together. We are going to do an additional 5 percent pay raise for all state employees,” Justice said during a livestreamed announcement this morning with Senate President Craig Blair and House Speaker Roger Hanshaw.

The governor also announced support for a one-time bonus for state employees, describing it as an average 2.5 percent amount. The governor tied it to the ongoing economic struggle with inflation.

“Basically, it is an inflation vaccine,” he said. “We’re going to do as a one-time supplement to help them get through the situations they’re in today.”

The governor later expressed satisfaction in a word invented to describe that: “I absolutely am really proud of my Inflatocine.”

During that “Talkline” appearance, the governor provided an estimated overall cost of $160 million to $170 million. He suggested the money would come from general revenue.

Blair described the raise as an average — about $2,400 per employee.

.@WVGovernor announced two different pay raises for state employees. One will be a 5% that will be proposed by Justice in next year's legislative session, and the other will be a 2.5% supplement one-time bonus. He explains it all to @HoppyKercheval. WATCH: https://t.co/yCFQ3nDJuy pic.twitter.com/8qkFn4SPnR

It has been a couple of years since state employees received a pay raise. State employees and school teachers did receive pay raises in 2018 and 2019.

“Help us do a better job for the state of West Virginia, and there will be more of this in the future.”

Blair described significant support in the Senate for a raise. “I’m confident we’ll have no problems getting this through the Legislature and getting it done and recognizing our employees.”

.@CraigPBlair gives another perspective of Governor Justice's two pay increases – one is a raise and the other is a bonus. He explains it all to @HoppyKercheval. WATCH: https://t.co/yCFQ3nDJuy pic.twitter.com/A4zRFzYoJv

Hanshaw, R-Clay, also expressed support for raises, noting areas where the state has been challenged to retain employees such as corrections officers or child protective services workers.

“We’re happy to be able to indicate the House indicates support for the 5 percent pay raises for public employees and our school teachers,” he said.

Hanshaw did not specify immediate support for the bonus.

“I appreciate the governor starting early in discussing ideas for the 2022 regular legislative session, and our members look forward to debating other proposals once we convene next month,” he stated in a news release.

“It is important that we show our state employees, troopers, teachers and school service personnel that we value them and the work that they do. These raises are a good step to help build a better West Virginia and to encourage West Virginians stay here, rebuild here and succeed here,” wrote Baldwin and Skaff.

The president of the American Federation of Teachers-West Virginia, one of the unions representing educators, expressed excitement over today’s announcement.

“This is great news to hear that our Governor along with the Senate President Craig Blair and House Speaker Roger Hanshaw support a 5 percent pay increase for teachers, service personnel, and all public employees,” union president Fred Albert said.

“We are pleased that the Governor does recognize that our dedicated public employees, teachers, and service personnel, are valued and that we need take care of them with a pay raise and any other available benefit.”