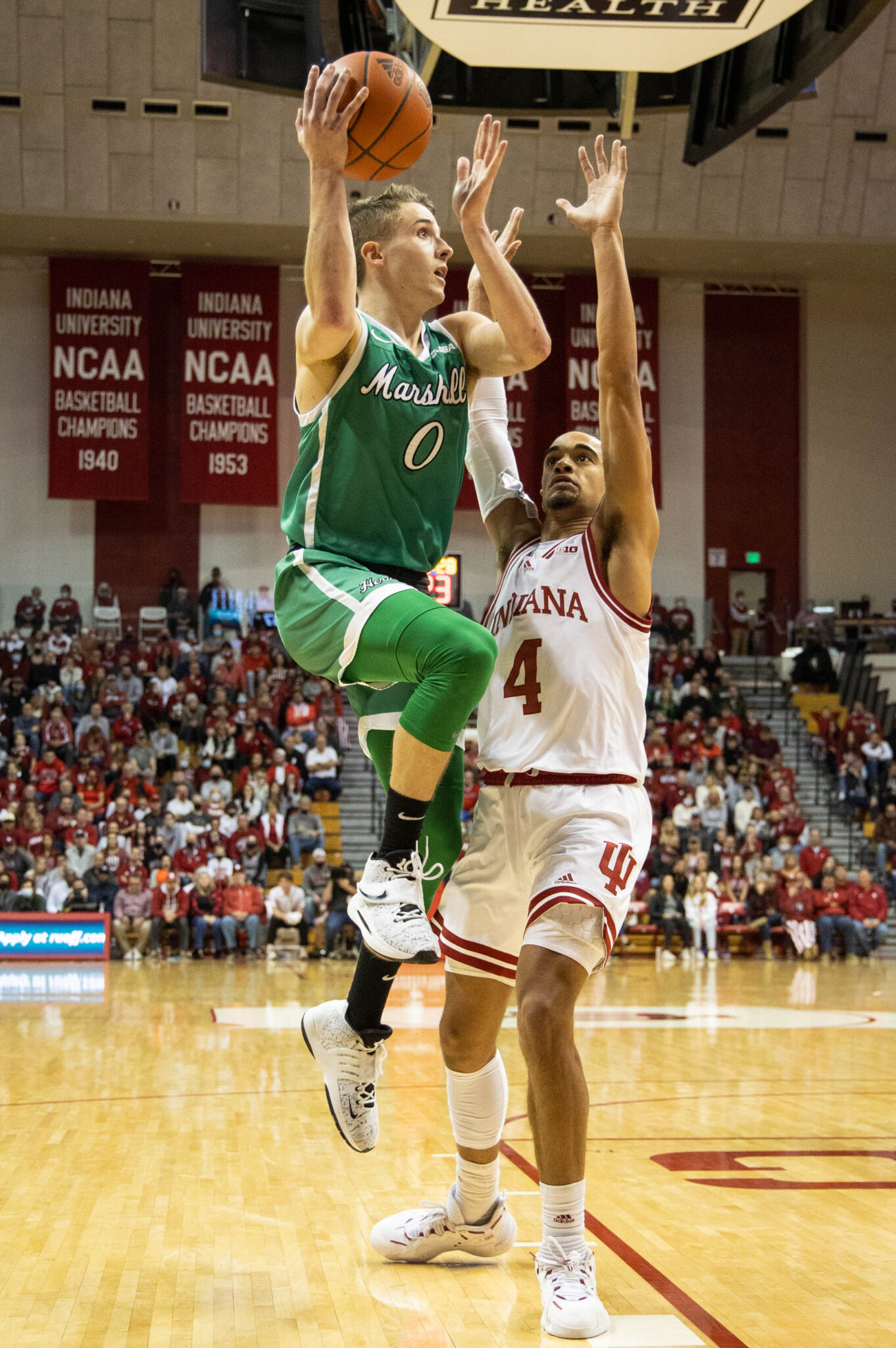 The goal for Marshall is to snap a two-game losing streak Tuesday as the Thundering Herd wraps up non-conference play on the road against Mid-American Conference member Toledo.

The Herd and Rockets tip it off at Savage Hall at 7 p.m., and the game will be shown on ESPN+.

Marshall (7-5) is coming of a 75-60 loss at home Saturday to Northern Iowa, a game the Herd led at halftime, before being outscored by the Panthers in the second half, 41-24.

Obinna Anochili-Killen led the Herd with 22 points in the contest, but Taevion Kinsey and Andrew Taylor — Marshall’s top two scorers entering the contest — were held well below their averages with 10 and nine points, respectively.

Toledo (7-3) is coming off a break for final exams and last played on December 11 when it suffered a 79-72 loss at Richmond.

Toledo’s other losses came to Oakland and Michigan State. One of the Rockets’ earlier wins came against Conference USA member Charlotte, 98-86.

Marshall is still battling shooting woes as the Herd shot only 40 percent from the field against Northern Iowa, including 28.6 percent from behind the three-point line. The Panthers also out-rebounded Marshall, 41-28. Turnovers continue to plague the team as Marshall has turned it over 39 times in the last two games.

“Really, there’s no way with shooting, other than to shoot through it and to be confident about what you’re doing.”

Kinsey leads the Herd in scoring at 19.8 points per game, followed by 13.4 for Anochili-Killen and 12.9 for Taylor. Anochili-Killen is the team’s top rebounder at 7.2 per game and has a team-leading 55 blocks. Taylor is still Marshall’s assists and steals leader.

Tod Kowalczyk is in his 12th season at Toledo and has led the Rockets to a 212-156 record. He is 5-2 all-time against Marshall.

Shumate is the top rebounder for Toledo at 7.3 per game. The Rockets are out-rebounding opponents by nearly seven per game and outscoring opponents by seven points per contest.

The Herd and Rockets have met 60 previous times and Toledo leads the series 37-23. The Rockets have four consecutive wins over Marshall, including a 96-87 overtime victory in Huntington last season.

Marshall and Toledo are playing for a sixth consecutive season. After tonight’s game, Marshall takes a holiday break, then returns to action to open Conference USA play December 30 at Louisiana Tech.