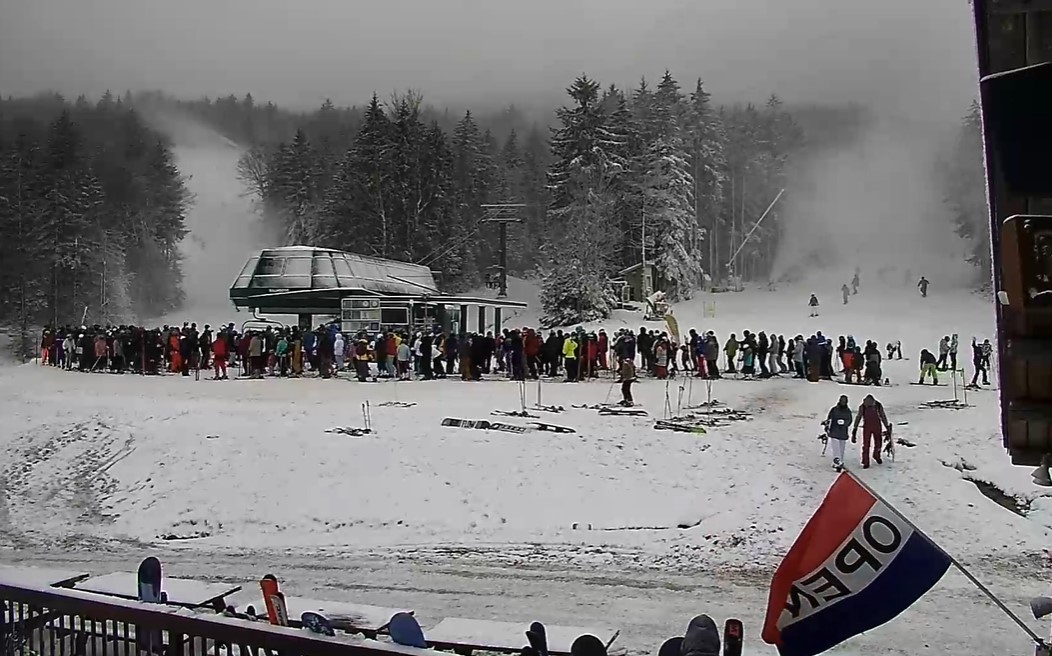 Crowds gather at Snowshoe Resort to take advantage of new natural snow as well as man-made snow on Monday.

CHARLESTON, W.Va. — The weekend weather wasn’t the best for the West Virginia ski industry. The temperatures topped out in the 60’s and rain was intense.  The conditions made it difficult to get anything going at the state’s ski areas.

“You can’t hide the fact we took one on the chin over the weekend with the amount of rain West Virginia received from one side to the other,” said Joe Stevens with the West Virginia Ski Areas Association.

But, the critical Christmas holiday worked out well for all of the state’s resorts. There were good numbers of people on the slopes for the holiday which is a major part of every resorts’ revenue in the Mountain State.

The winter storm and cold temperatures which arrived Monday morning was good news for several reasons. According to Stevens there were four to six inches at Winterplace, Timberline, Canaan Valley, and Snowshoe Ski resorts from the storm.  Natural snow is always a welcome bonus. The temperatures enabled resort operators to restart snow making operations in earnest.

Timberline, Canaan Valley, and Winterplace had suspended skiing temporarily, but with the new cold weather anticipate reopening this week with more terrain available.  Snowshoe was able to stay open through the slow period and was one of only three ski areas in the southeast region to keep the slopes operational.

The other important part of the Monday storm was the impact on major metropolitan areas of the east coast. Washington D.C. was nearly paralyzed by five inches of snow. Stevens said that’s perfect for West Virginia.