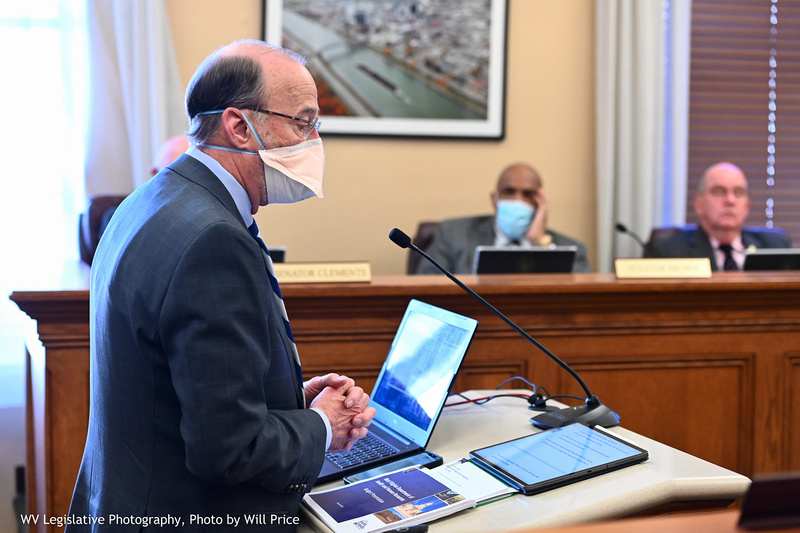 West Virginia senators are so concerned about an agency that deals with some of the state’s most pervasive problems that they’re calling for special attention by a committee representing top legislative leaders.

Members of the Senate Finance Committee agreed to send up a flare after hearing from the cabinet secretary for the Department of Health and Human Resources.

A letter by Senator Eric Tarr asks for the Joint Committee on Government and Finance to examine several concerns: out-of-state placement of foster children, the agency’s use of contract nurses, the condition of forensic group homes and the slow pace of computer upgrades that could help the agency improve its efficiency.

The Joint Committee on Government and Finance includes top leaders from both parties in the Senate and House of Delegates. It also has an investigative arm that can gather more information about priority issues.

Although some lawmakers have questioned whether DHHR has been able to keep pace financially to cope with its hiring challenges and societal stressors, Tarr said money is not the main issue. He has been focused on the duration and expense of computer upgrades that could actually help the agency be more efficient.

“This is not a spending problem. It has been a leadership problem within DHHR,” Tarr, R-Putnam, said during comments on the Senate floor this past week.

Tarr made similar comments on “580 Live” on WCHS Radio last week. “I believe it’s just a failure of leadership, honestly, within DHHR. There’s no excuse that I can find for these systems not to be successfully implemented at this point.”

And Tarr made the same points at the conclusion of a finance hearing for DHHR last week. Noting the agency’s position as the state’s top funding recipient, Tarr concluded “This is $7.6 billion of the state’s money so it deserves lengthy discussion, and it deserves accountability. Some of these issues we’ve dealt with year after year after year.”

Senate Minority Leader Stephen Baldwin agreed that DHHR’s challenges have grown so alarming that the Legislature needs to focus on the agency. It was Baldwin, D-Greenbrier, who first publicly discussed asking for more oversight from the Joint Committee on Government and Finance.

“I moved that the issues be considered by the Joint Committee on Government and Finance due to their serious nature. They require a committee that carries the full weight of the legislature’s resources and powers,” Baldwin wrote in an email, elaborating on his request.

“We are talking about an agency that accounts for a quarter of the state’s budget and holds responsibility for the lives of vulnerable citizens.”

These concerns were brought out during a two-and-a-half hour financial review last week of DHHR.

That meeting of the Senate Finance Committee examined a range of issues, including the plight of foster children who are sent to out-of-state facilities, the difficulty DHHR faces in keeping employees like nurses or child protective services workers and the mental health challenges faced by the workers themselves.

Baldwin and DHHR Secretary Bill Crouch had a particularly harrowing exchange of stories about workers in extremely strained circumstances.

Baldwin described a recent conversation with a child protective services worker who struck him as a straight talker. The senator asked what resources the worker needs that aren’t already available.

The child protective services worker told the senator, “We need one of those rooms where you can go and break things.”

What she needed was mental health support for herself because of the emotional strains of the job. A big limitation is that the counseling providers in her community already serve many of the children she has to watch for, so going to the same place would be a potential conflict.

Crouch agreed with the assessment of the problem and relayed the story of an email forwarded to him from an employee.

“That email was disturbing,” he said. “That individual said she’d just walked off the job and was considering suicide. She said she had left the courtroom and had considered going to the top of the parking garage and jumping off.”

The worker did not act on her impulse but drove out of state to be with family, feeling they would keep her safe. “That got my attention,” Crouch said.

During their long meeting, senators also focused on how short-handed the agency remains with many positions. The agency’s budget presentation revealed 1,400 unfilled positions of the agency’s total 6,400 full-time roles.

Senator Mike Maroney, chairman of the Senate’s Health Committee, wondered if starting salaries are too low or if pay ranges are too inflexible.

“Do you think it’s possible for a single mother with two kids to work for DHHR and qualify for SNAP benefits?” Maroney asked, referring to the Supplemental Nutrition Assistance Program.

“That’s crazy,” said Maroney, R-Marshall. “I don’t understand why anyone would work for our state and qualify for SNAP benefits.”

Maroney continued, “I’m embarrassed to say what we’re paying some of these people starting out. Sometimes you have to spend money to make money, and I think this is one of those situations.”

Crouch agreed. “We are struggling. I am very concerned about DHHR employment going forward.”

Senator Chandler Swope  asked who has the authority to improve pay at the agency. “It looks to me like you have a classic supply-demand curve crunch,” said Swope, R-Mercer.

“I’ve always said we have two problems,” Crouch responded. “We don’t have the money to give everybody a 15-, 20-percent raise, whatever it would take to compete with the private sector. If we did, we can’t find the staff at this point.”

DHHR is an enormous, multifaceted agency with responsibility for many of the state’s most pronounced troubles including drug addiction, foster care, child protective services and the severely disabled.

“When I look at the numbers, I’m worried that the ship is going down,” said Graves, R-Kanawha.

At the conclusion of the Senate’s long meeting, Baldwin told Crouch he is losing confidence that the agency can fix its own problems.

“I also think there could be so many changes made by you and your office internally without having to get the Legislature involved,” Baldwin said.

“I don’t know that we are at that point. I feel like the only potential for change is that we have to introduce legislation to force that change. That seems like a bad position for us to be in.”