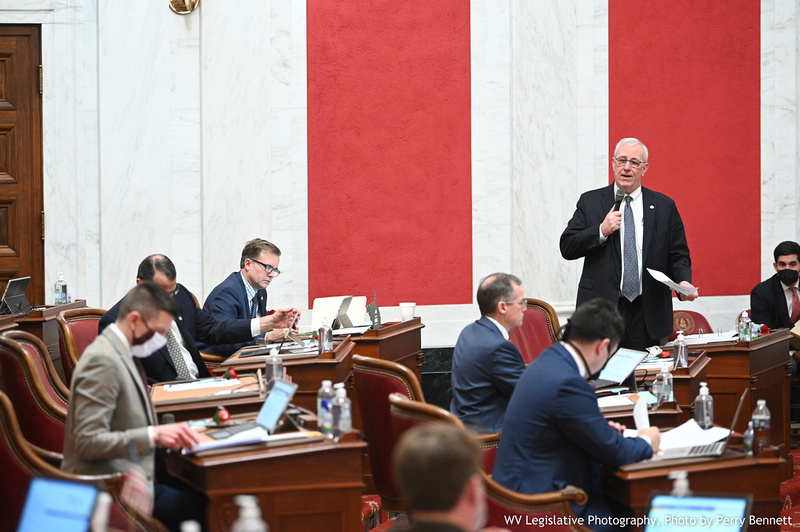 “When we have a low-low unemployment rate and we can see ‘Help wanted’ signs everywhere throughout this state, then we want to be able to get people back into the workforce,” said Senate President Craig Blair, making a case on MetroNews’ “Talkline” that the changes would be incentives to land a new job.

What are the key provisions regarding the unemployment bill? @ElectCraigBlair provides more context on this bill to @HoppyKercheval. WATCH: https://t.co/yCFQ3nDJuy pic.twitter.com/R6IIdgj6SL

A majority of Senators voted in favor of two bills today, voting down amendments offered by members of the Democratic minority. Both bills, seen as a matching pair, now go to the House of Delegates for consideration.

Republican supporters of the bills said changing the policies will give employers a financial break, allowing them to hire more people. Some Democrats argued against the bills by telling stories of losing their financial security when they lost jobs.

“I think indexing of the unemployment benefits, the duration of those benefits, is an important component of looking forward, planning for our future in West Virginia,” said Senate Judiciary Chairman Charles Trump, R-Morgan.

“What’s magic about 26 weeks? Half of a year. It’s an arbitrary number that was picked by a previous Legislature.”

Senator Mike Romano, D-Harrison, said elected officials share a goal of helping people get back to work. “Who wants to be on unemployment?” he said. “We all want everybody to go back to work.”

But Romano doubted the two policies will accomplish that goal.

That bill also has a halfway measure that would allow people to work a part time job, up to 30 hours a week, while receiving full unemployment — a provision meant to help people continue looking for full-time work.

Senate Majority Leader Tom Takubo, R-Kanawha, said the bill is aimed at assuring good-faith, consistent efforts by job seekers. Takubo said that while some people drawing unemployment are motivated to find work, others may be less aggressive.

“When somebody has lost their job, that’s a devastating thing to go through,” Takubo said.

“What this bill does is say we want to help you get back on your feet, we want to support you, but we want you to actually get back into the workforce.”

“I don’t think most of the people in our state are trying to game the system. They’re really trying to comply with the rules,” she said.

Senate Minority Leader Stephen Baldwin, D-Greenbrier, contended the bills do nothing to improve barriers to employment that actually keep people out of the workforce.

“The bill before us, which apparently tries to put people back to work, doesn’t have anything to do with those real barriers,” he said.

“What really improves having access to childcare and transportation is having employers very close to you,” Tarr said.