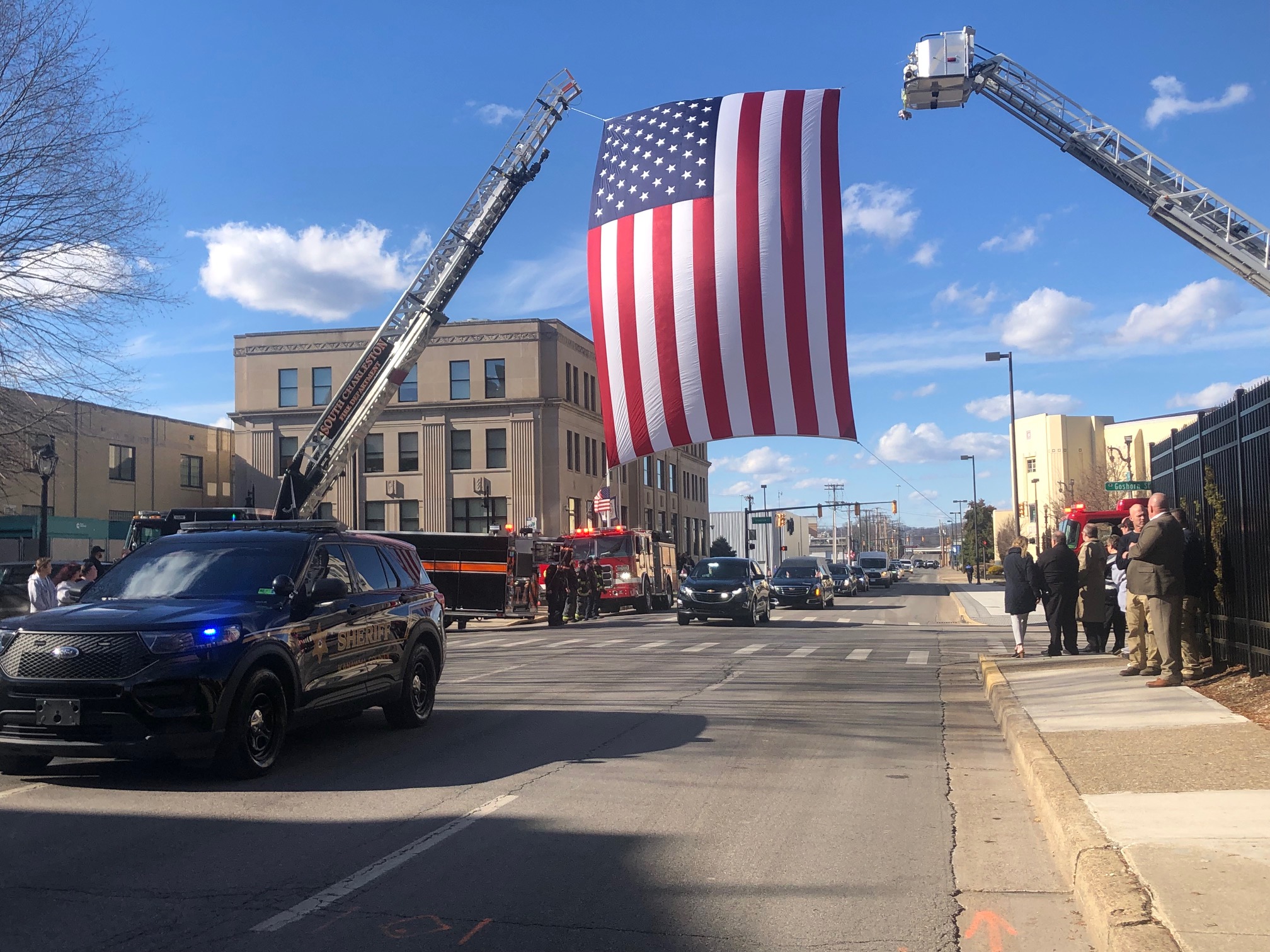 “You let us borrow him, you let us get wisdom from him and you allowed him to take care of us. That’s a great, great gift,” Kanawha County Commission President Kent Carper said to the Shores family during a funeral service at Trinity Lutheran Church.

Carper remembers many actions by Shores that were crucial to the county including his table gambling vote that has benefited children in the county with profits garnered, saving Yeager Airport from closing or moving multiple times, and his work on multiple county parks and recreation facilities.

Shores served on the Yeager Airport Board in Charleston. When the Base Realignment and Closure (BRAC) committee planned to reassign the 130th Airlift Wing of the West Virginia Air National Guard at Yeager Airport, Shores worked with Adjutant General Allen Tackett to save the base and Yeager Airport.

Before leaving the commission, the commission courtroom was renamed the ‘Henry C. “Hoppy” Shores Courtroom.’ The Shawnee Sports Complex also proudly has “Hoppy’s Mile,” a one-mile walking path named in honor of Shores.

The entrance to Coonskin Park was also changed to Henry C. “Hoppy” Shores Drive. Coonskin Park also has “Hoppy’s Little Express,” a train used to carry children through the park to view the light displays during the holiday season.

His son, Hoppy Shores Jr., spoke during the funeral service and said Thursday should be about celebrating all of his father’s accomplishments.

“We are not here to grieve or to mourn but to celebrate him, his family, his friends and to honor him for his achievements, accomplishments and service,” Shores Jr. said.

Shores and his wife Bronson have four children, four grandchildren and five great-grandchildren.

“The family comes here today with heavy hearts but yet graceful to enjoy our dad into his 93rd year. He was blessed to see his grandchildren grow into their adulthood and getting to meet his great-grandchildren before his passing,” Shores Jr. said.

Following funeral services, a procession traveled through downtown Charleston and stopped at the Kanawha County Courthouse. While stopped, a ‘last call’ for Shores occurred with Metro 911.

A celebration of life occurred at the Clay Center for the Arts and Science following the funeral.

The procession has stopped in front of the Kanawha County Courthouse as a last call has occurred with Metro 911 for Shores. pic.twitter.com/AHbYbjeDBU