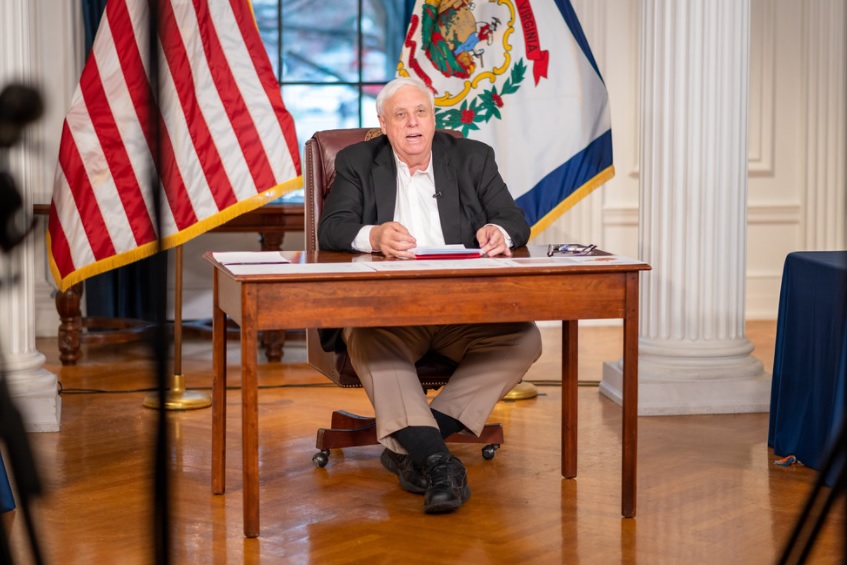 Governor Jim Justice awarded the grants to the various projects which were evaluated by a team involving the West Virginia Department of Environmental Protection. The AML Pilot Project helps with projects located on or adjacent to mine sites which ceased operations prior to the signing of the Surface Mine Control and Reclamation Act in 1977. Justice awarded a total of $24.7 Million .

The projects specifically included $1.5 Million to the West Virginia Rail Authority for the Elk River Trail Project. Deputy State Parks Chief Brett McMillon said it was a unique opportunity to help create another State Park and enhance what is expected to be a popular destination for hiking and biking.

“This could potentially be the largest rail-trail we have in West Virginia. It’s going to run close to $11 Million so this will certainly be a huge impact toward the purchase of the next couple of sections,” McMillon explained.

As Holdings gets $5 Million for the development of Appalachian Salmon. The fish farming project is now run by former DEP Secretary Austin Caperton. He said the grant will be seed money for private investment.

“We have a lot more money to raise from investors, but today you said to those future investors, ‘West Virginia is behind you.’ and those investors are paying attention to West Virginia like never before,” Caperton said.

Nicholas Patterson of Rainelle received $420,000 for development of the Meadow River Tiny Home Workshop. Patterson purchased a building in Rainelle to launch the project three months before the 2016 flood. Ever since he’s been trying to rehab the building from flood damage and get the project off the ground to build tiny homes, doll houses, and pre-fab walls for homes.

The Shiloh Development Corporation of Stonewood was awarded a $5 Million grant for a development project on I-79 in Harrison County.

“We’re taking abandoned mine land and making pads for economic development right beside I-79 just three miles south of Route 50,” said Wayne Stanley with Shiloh Development. “One of the things we have need of in our area is pads of a certain size to do bigger development. We were able to determine we can make a 28 acre pad, a 29 acre pad, and a four acre pad on this property.”

The Mylan Park Foundation was awarded $3.7 Millions for an RV resort and campground at Mylan Park outside of Morgantown. The Grow Ohio Valley Incorporated will get $3.2 Million to develop an old mine site between their existing farm and downtown Wheeling into an area for trails, education, and scenic connections to the downtown.

A $4 Million dollar grant was awarded to the McDonald Clan Resort LLC. They’ll create the largest private development ever with connection to the Hatfield-McCoy Trails. Land holding company officials plan to construct 35 cabins, 15 RV sites, a camp store, restaurant, and zipline on property connected to the trails. The total investment will be close to $35 Million when completed.

Appalachian Botanicals will collect $1.6 Million for work to extend and further develop existing lavender farms and bee keeping activities on abandoned mine lands. The group currently has operations up and running on old mine sites in Boone County in the community of Ashford. The AML grant will allow them to create a second location with another lavender farm and apiary near Gauley Bridge in Fayette County. Officials said they’ll be able to design educational and vocational activities on this site.

“Lots of good stuff and as that falls into the multiplier effect of dollars in those communities and everything and the employment as it goes forward, it will absolutely be returning us dollars in West Virginia for a long, long time to come,” said Justice in announcing the grants.