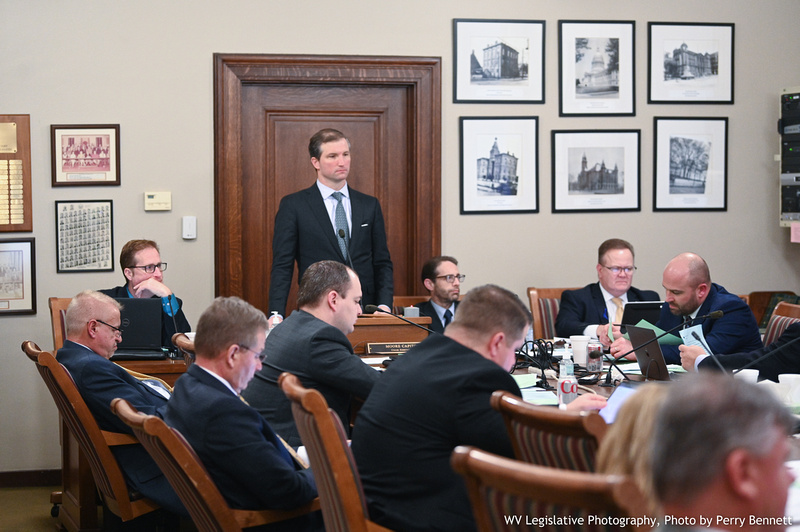 Just after midnight, the House Judiciary Committee passed “The Anti-Racism Act,” which has been prompted by the national conversation about the role of race in society.

Senate Bill 498 , which has drawn vigorous debate, now goes to the full House of Delegates during the final few days of the regular legislative session. The bill already passed the state Senate, but it has been changed significantly by delegates.

Delegate Chris Pritt, who has actively supported versions of the legislation, said it’s necessary to prevent indoctrination in schools.

“We need to strengthen our public schools, and the way we do that is when certain concepts that are contrary to the ideas of our country are being taught then parents, teachers and kids should have an outlet. This is what this bill does.”

Although the bill’s focus is how race is presented in schools, a definition of race was removed before House Judiciary began consideration of the latest version.

The bill would prohibit compelling adherence to any of these concepts:

— one race is inherently morally or intellectually superior to another race;

— an individual by virtue of their race is inherently racist or oppressive, whether consciously or unconsciously;

— an individual should be discriminated against or receive adverse treatment solely or partly because of the individual’s race;

— an individual bears responsibilities for actions committed for individuals of the same race.

Some prohibitions that were in an earlier version passed by House Education were removed. One would have prohibited compelling belief that individuals should feel discomfort, guilt, anguish or distress because of their race. The other would have prohibited conveying that academic achievement, meritocracy or trades such as hard work are racist or created to be racially divisive.

The bill also specifies what would not be prohibited:

— the discussion of the concepts in theory as part of an academic course. That exemption drops earlier language that required alternative concepts to be taught as well.

— the discussion, examination or debate about race and its effect on historical or current events, including the causes of those events;

— and this version adds a caveat that the bill shouldn’t be construed as restricting freedom of speech.

The bill establishes a complaint and appeal process, starting with the principal and then moving up to the superintendent. Finally, the bill requires annual reports about those complaints, their nature and the resolutions of the complaints.

The committee’s discussion, which started about 10:30 p.m., focused on the intent of the bill and how it might be interpreted in practice.

Kitty Dooley, a lawyer and chairwoman of the legal redress committee of the Charleston Branch of the NAACP, told delegates even though the bill has been scaled back from what it was originally, the main effect may be to intimidate teachers.

“With everything that has been taken out of this bill, it seems to me that the only impact would be to tell teachers or administrators there’s a hammer that’s being held over your head,” she said. “And then some people will take this and use it as a hammer over people’s heads.”

Dooley also described possible unintended consequences of the legislation. The prohibition on teaching that one race is inherently morally or intellectually superior to another race could be interpreted just as easily by what receives the least attention in classrooms, she suggested.

For example, if classroom lessons focused on America’s independence and the Fourth of July — an era when slaves were not truly free — but if no corresponding discussion focused on Juneteenth, the celebration of emancipation of slaves, could some families perceive that as a signal that one race is inherently superior because of the disparity? And, if so, would they have grounds for a complaint?

“If one person says, ‘In my view, my race is excluded from the instruction in this textbook and these content standards and as a result of that I believe I’ve been excluded and feel inferior and you’re telling me that your history is superior to mine,’ then that is a violation of this statute,” she said. “It can cut both ways.”

Delegate Chad Lovejoy, D-Cabell, said the complaint process is undefined and that there’s no due process for school workers accused of crossing the line.

Lovejoy said the bill clearly seems inspired by the black lives matter protests of two summers ago and the national conversation about racial inequities.

“We had discussions about things like systemic racism, and that term makes people nervous. And we might all have a different definition of what that means. Some of you may think that means I’m saying everybody in every system is a racist; that’s not true. Others would define it, like I would, that systems and institutions produce produce racially disparate outcomes regardless of the intentions of the people within them.”

He concluded, “That’s the kind of stuff we started talking about the last couple years, at dinner tables, maybe in classrooms. And it makes people uncomfortable. And around the country, the countermeasure has been statutes like this to quell discussion of things that make people uncomfortable. But you don’t grow in a comfort zone. And you can’t do something about something you don’t talk about.”