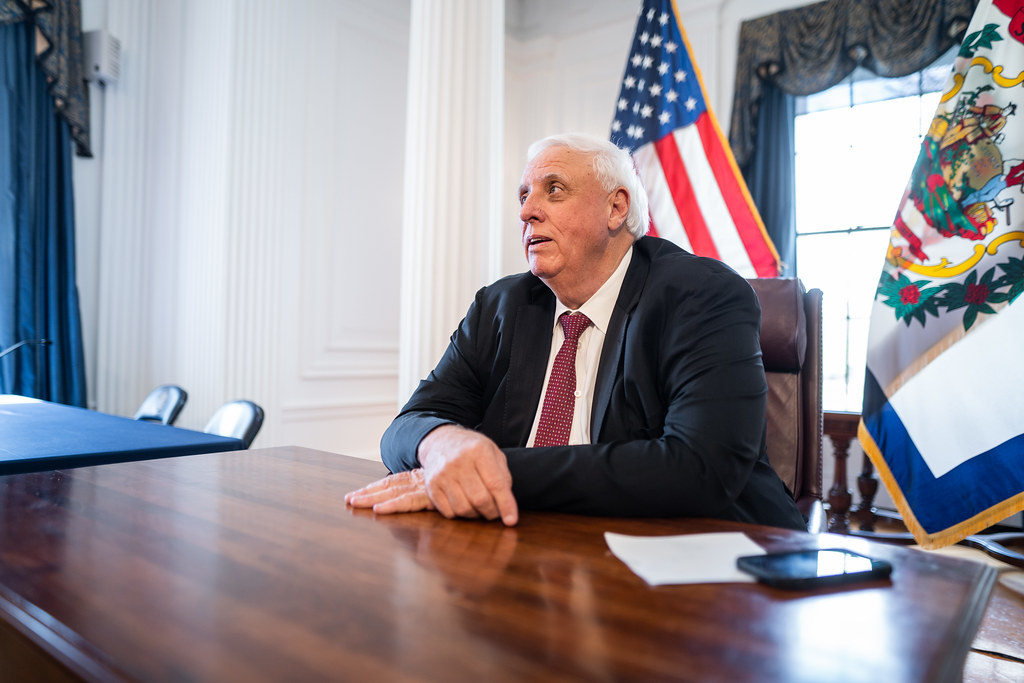 “May be the thing to do,” he said. “I stand open. I stand completely open.”

Lawmakers advocated for splitting DHHR to better get a handle on its finances as well as its complicated missions of promoting the health of West Virginians, combatting drug addiction issues, supporting the state’s most vulnerable children and more.

“This is something that, frankly, has needed done for a long time. As DHHR has grown in responsibility, it just has become imperative that we split this in two,” House Health Chairman Matthew Rohrbach said this month on MetroNews’ “Talkline.”

The governor has a few days to decide whether to sign or veto that bill. And his administration would also have some ability to shape the specifics of any reorganization of the agency.

“We recognize that we have more and more and more challenges at DHHR,” Justice said today in response to a MetroNews question. “In regard to this idea, it probably needs a little more thorough thought is all I would say. But it is absolutely not a bad idea and I don’t know exactly whether or not splitting it makes it more complicated, or does it make it better?

During testimony before committees in the House of Delegates, DHHR Secretary Bill Crouch expressed concerns that the financial split of the agency might be more challenging than it seems at first glance.

“We have 143 federal funding streams that go into DHHR,” he said last month. “A lot of these grants are very specific to the bureaus that they go to. Medicaid is a good example where those funds must go to the designated Medicaid agency, and changes to those funding streams the feds are very particular about where the money goes and making sure it goes to the right place.

Citing an in-house estimate of an additional $6.3 million, Crouch suggested that the transition could be expensive.  Making reference to the agency’s overall annual budget, Crouch said, “The idea that you can take a $7.5 billion department and split it into two and just keep everything the same underneath it, I just don’t think that’s logical.”

DHHR’s budget presentation this year illustrated that retention is a continuing issue.  The presentation revealed 1,400 unfilled positions of the agency’s total 6,400 full-time roles.

The Justice administration, late in the regular session, pledged to come up with the raises for existing employees by transferring funding that had been allocated for the positions currently open.

Delegate Lisa Zukoff, D-Marshall, supported both the DHHR split and the raises for social services workers — along with an online dashboard meant to provide more specific information about how to support West Virginia foster children.

Today, Zukoff said she hopes the governor will be attentive to those issues.

“I very much believe the agency is a behemoth that needs to be managed in terms of size much more efficiently and hope that we can do that,” Zukoff said, advocating for a further split to establish a Children and Families agency to deal with foster care, the opioid crisis and prevention. “I think we can do a much better job trying to help families when they’re at the beginning of a crisis before it’s full grown and kids have to go into foster care.”

“I was a little dismayed to learn we have so many vacant and unnecessary positions in DHHR, so much so that we have enough money to come up with funds for a 15 percent pay raise for CPS and APS workers that deal with our children and families in the foster care system. But I’ll take the governor at his word for that,” she said, hoping agency leaders can report back to legislators with more specifics this summer “so that we can hear how that works been completed.”