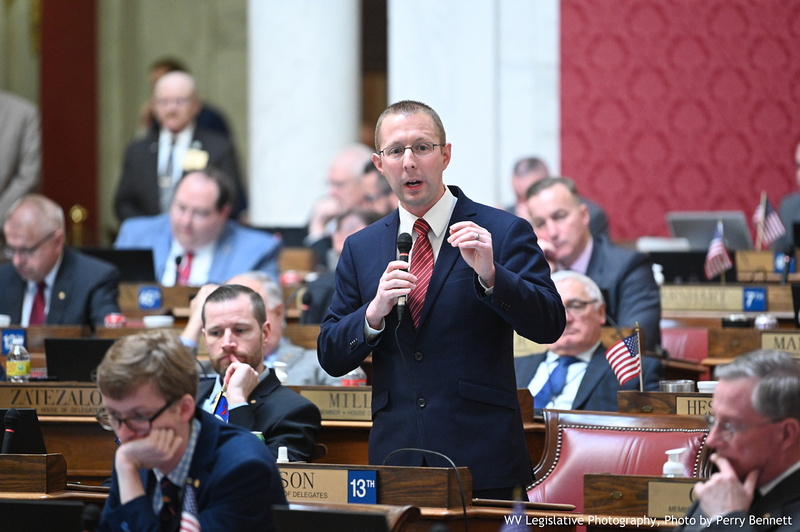 Lawmakers who supported bigger raises for social services workers and an online dashboard to provide more detailed information about West Virginia’s foster care system would still like to achieve those goals.

Last month when delegates overwhelmingly passed a bill with both initiatives, Delegate Jonathan Pinson told colleagues in the House, “I believe this might be one of the most important bills we consider all year.”

A lot changed in a month. Gov. Jim Justice’s administration said the bigger raises for social services workers could be achieved without a bill, so that was stricken from the legislation. And differences over what information the dashboard should display caused that to be pulled out. An altered version of  House Bill 4344  passed the state Senate, but time ran out on the final day of the session before delegates could concur or reject the changes.

So the bill, despite broad support, never crossed the legislative finish line.

Pinson, this past week, said he hopes the policies can still be accomplished even if they’re done differently. One of those possibilities is using technology to improve what information is available about foster care in West Virginia.

“I do have hope that we can continue to integrate technology and data into our DHHR system. I believe that as we use technology to our advantage it will make the agency more efficient and more effective,” he said.

“I believe that a communication portal for stakeholders in the foster care system is vital to improving the quality of service we are delivering to the 7000+ children in foster care throughout West Virginia.”

The Justice administration, late in the regular session, pledged to come up with the raises for existing employees by transferring funding that had been allocated for the positions currently open. The budget presentation for the Department of Health and Human Resources has revealed 1,400 unfilled positions of the agency’s total 6,400 full-time roles.

The governor reiterated that pledge during a briefing this past week.

Pinson said he believes the pay raises will be enacted.

“They were much needed and long overdue. I believe this is very important to helping with retention and recruitment efforts within the DHHR. I also believe these pay raises are well deserved for the great number of employees who have stayed with the agency throughout these difficult times,,” he said.

And he said the use of funding for vacant positions to pay for raises for others could reflect a temporary situation.

“I have inquired about using the vacant positions to supplement the pay raise for the field positions. I have been assured that this is only a temporary and immediate fix. I certainly realize that these vacancies will need to be funded in future budgets. I, and others, stand ready to do so so that our DHHR has the personnel they need to accomplish the responsibilities we are asking them to do,” Pinson said.

“I am in favor of splitting the DHHR into two separate and distinct agencies,” Pinson said. “I believe that over time the department has grown so large it is unmanageable. I see great benefit in supervisors and employees being able to focus on areas that they are most proficient in.”

Senate Minority Leader Stephen Baldwin, D-Greenbrier, also spoke in favor of those policies during the regular legislative session. Baldwin said he’s grateful for the support Justice and DHHR Secretary Crouch have expressed for the raises for social services workers.

“At the same time, the real issue is all the vacant positions,” Baldwin said, referring to the 27 percent of child protective services positions that remain open statewide.

“If we use the available money from vacant positions to give current workers a raise, do we still have money to fill the vacancies? We better. Because the CPS workers I met with want manageable caseloads more than anything, and the only way we get that is filling vacancies. They simply want to be able to meet the needs of the kids in their care.”

Baldwin remained upset that the foster care bill failed to pass. Baldwin had pushed to amend the bill to include a requirement to follow up on any call from a medical professional to a child abuse hotline.

That provision was prompted by a tragedy that occurred in a community he represents. A Greenbrier County woman in 2020 killed five young boys, set the family’s house on fire and then killed herself. Weeks before that, a dental hygienist made a referral to a child welfare hotline, but her concern apparently went no farther.

“I’m ashamed that the foster care bill died,” Baldwin said. “How can our leaders say our kids are a priority when they fail to pass a single bill about it in 60 days? This issue ought to be priority No. 1 for a special session. Our kids are counting on us. We need data to hold DHHR accountable and inform policy-making. We need to ensure calls from mandatory reporters to the child abuse hotline make it to CPS. We need to give the ombudsman power to do her job.”

“That was a big miss, and it’s heartbreaking in a lot of ways,” said Lindsay, D-Kanawha.

Lindsay said he’s confident that the bigger raises for social services workers will come through, but he was troubled that the dashboard to show more information about the foster care system didn’t get through.