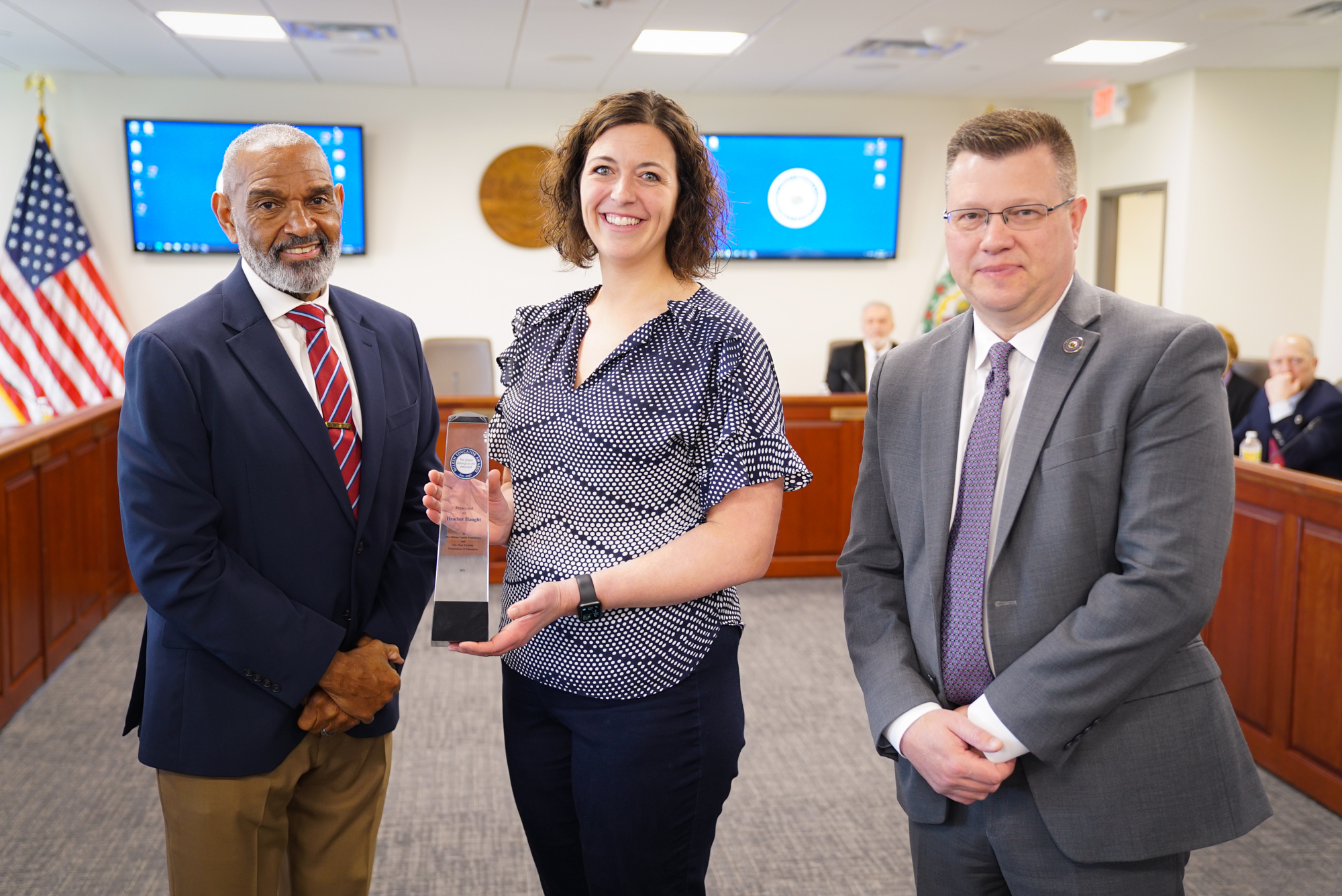 CHARLESTON, W.Va. — A West Virginia Milken Educator was honored by the state Board of Education Wednesday.

Haught received the $25,000 award in February during a school assembly with state education officials including state Superintendent Clayton Burch. She was one of 60 educators nationwide this school year to be recognized.

“I was overcome with emotions watching that video again. What a day that was,” Haught told board members.

“I’m looking forward to this opportunity and work together as a network to see how we can help improve education here in West Virginia,” she said.

Michelle Wolfe, a teacher at East Hardy High School in Hardy County, also received a Milken award this year. Wolfe will be honored during next month’s BOE meeting.

The state Department of Education will host an event to honor Milken Educators Wednesday night and Thursday.

Hailed as the “Oscars of Teaching,” the Milken Educator Award recognizes teachers who are making a difference in the classroom.

Over the last two months, Haught said she’s been able to connect with other Milken award winners across the country.

“I’ve been able to join some Zoom meetings after receiving the award,” she said. “So I’ve had the opportunity to talk with them and listen to them.”

The board also welcomed Stephanie Bishop, vice president of the Milken Educator Awards, during Wednesday’s meeting.

“West Virginia was the very first stop on this year’s awards tour, which personally filled my heart,” Bishop said.

Bishop said Haught and Wolfe will participate in panel and roundtable discussions with other recipients during the Milken Educator Awards Forum in Los Angeles in June.