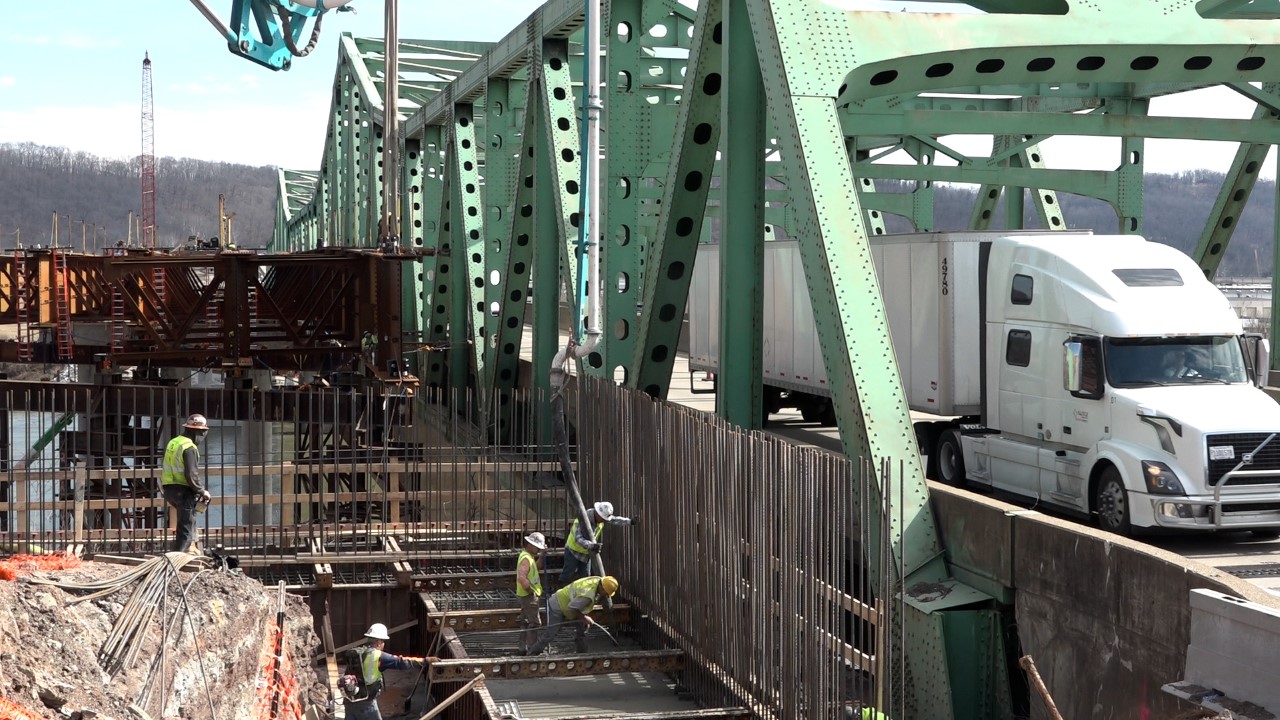 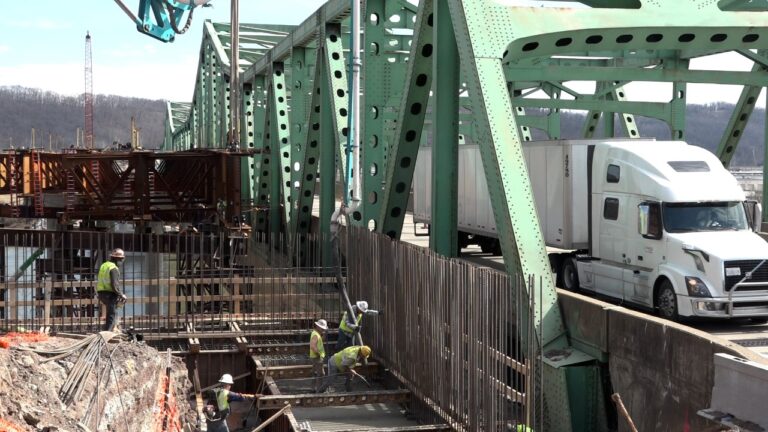 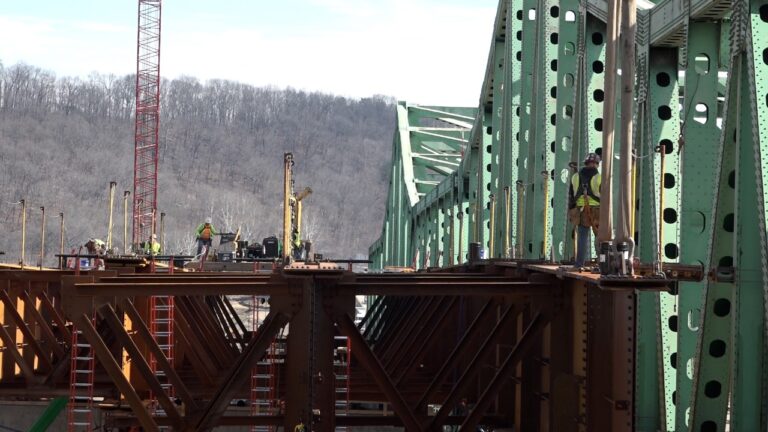 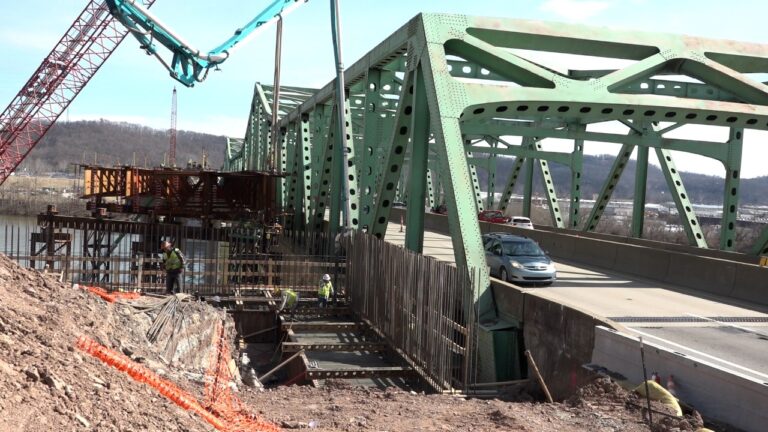 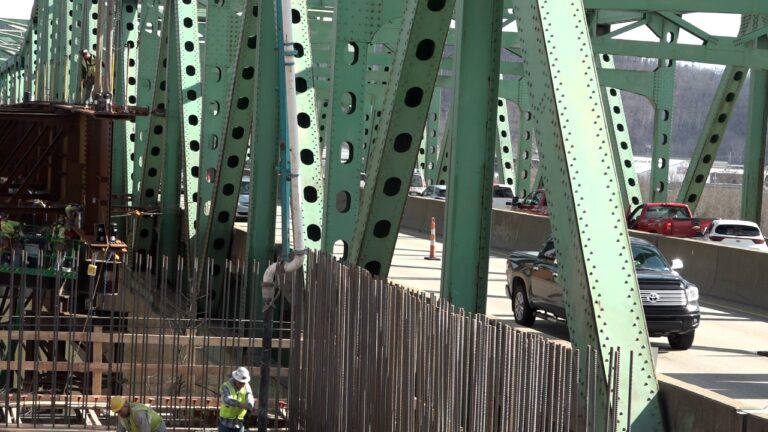 NITRO, W.Va. — Work is moving along on the construction of a new bridge over the Kanawha River at Nitro. Some of the steel superstructure is up, but a project leader with the West Virginia Department of Transportation said as the improved weather sets in, there will be a lot more of the structure going into place.

“They’ve got steel sitting on pier 2 and they’re trying to pour a cap on pier 3. Once they get all that done, which should be this week, they will be able to keep erecting all the way across,” said Todd Rumbaugh, Deputy State Highway Engineer and Chief Engineer of Construction.

The work site is large and covers a lot of area spanning the river and for several miles starting at the Nitro/Poca exit and stretching all the way to just east of the Route 35 exit in Teays Valley. Work to construct the approach on the Nitro side of the river continues and work on the piers and abutments on each bank is underway. The project will include three river piers, and a pier on either side of Route 817 on the St. Albans side of the river.

The construction plans call for the new span to be open to traffic by the end of 2022. Once that is in place, work will shift to the existing bridge which will largely be torn down and rebuilt on its current moorings. The entire project is expected to be wrapped up in 2024.

“Our goal is to get that bridge completed this year so we can shift work to the other one and get it done in the following year,” Rumbaugh said.

The overall project calls for widening Interstate 64 to six lanes west of the bridge. The work is being done under separate contracts, but involves the rebuilding and widening of three overpasses. The work on the new St. Albans interchange is nearing completion. The new lanes in the vicinity will be ready when the new bridge opens. Rumbaugh said as for the other overpasses, they’ll get the center of those done first, then shift traffic to the middle.

“They’ve been working real hard on Bill’s Creek, McCloud, and Rocky Step. Once they get the inside of those widened and the median ready, they’ll be able to move traffic over and continue to widen those structures,” he said.

Motorists who travel the road daily are well aware of the deteriorating condition of temporary lanes on each side of the highway. The shoulder lanes are particularly rough and marked with potholes and crumbling joins.  Rumbaugh said weather has forced a lot of delays on maintenance there too.  but they intend to resurface those soon and periodically update the surface in those areas as it is needed for the life of the project. He said the weather has been their biggest issue for the moment.