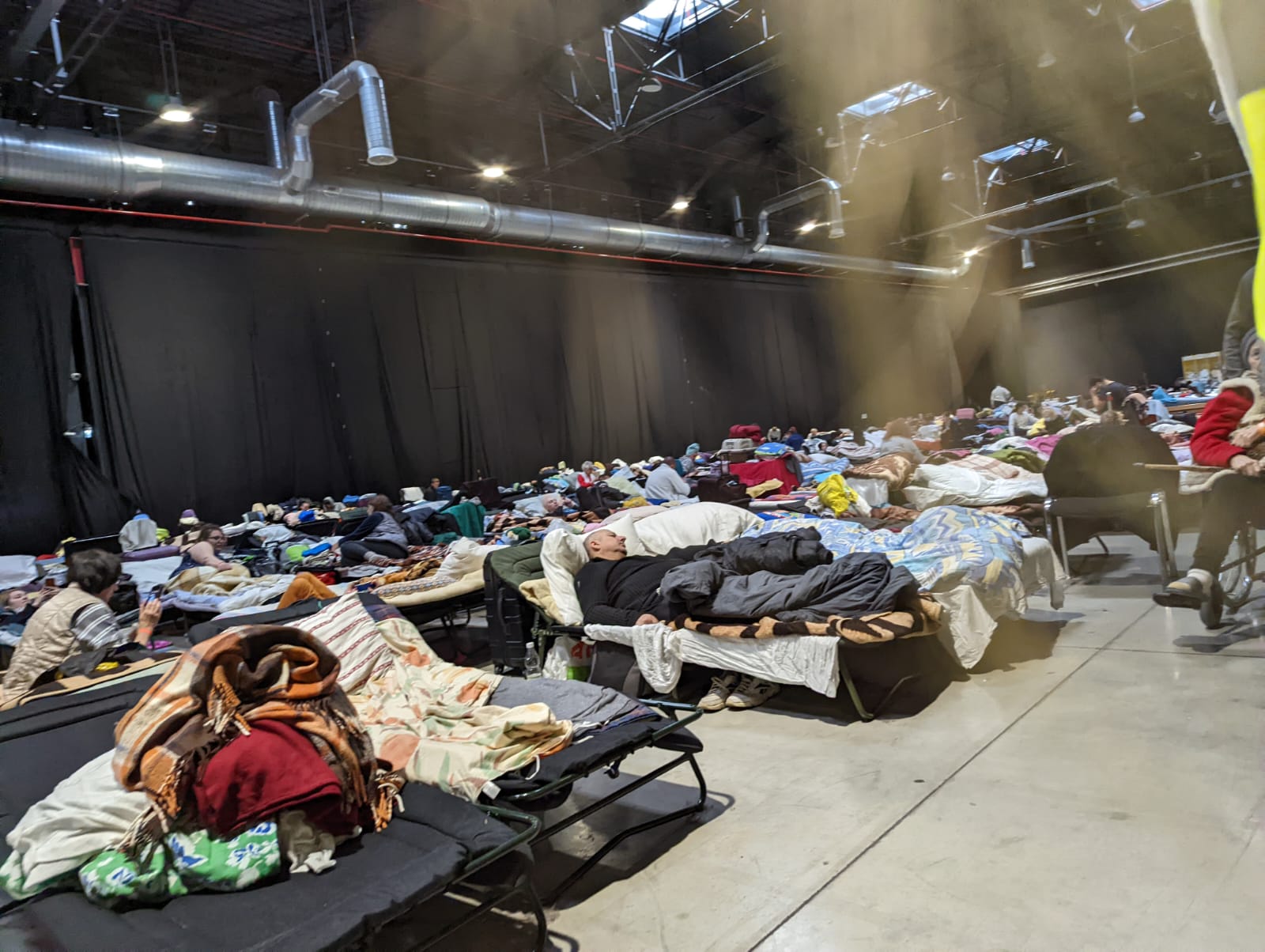 Editor’s note:  This story was produced and written by Jordan Nicewarner of The Panhandle News Network and WEPM Radio.

“It’s heart-breaking brother. The story is here,” Guerino told listeners to WEPM Radio’s Panhandle Live Friday. “It’s women and children because the men have to stay behind and fight. It’s been something else.”

Guerino headed to Eastern Europe on Easter Sunday as part of a mission to aid those suffering in Ukraine. On Friday, while he was in transit to a new undisclosed location, Pastor Guerino took time to share his experiences on Panhandle Live.

Guerino, who was in Warsaw, Poland, introduced listeners to one of his fellow aid workers who told a harrowing story of her friend’s experience in Irpin, just northwest of Kyiv.

Aid worker Lyudmila said her friend called her despondent after witnessing her two children being raped and murdered. She herself was attacked and subsequently disabled.

They spoke to the Panhandle News Network while they were on the move. The group of aid workers could be in Ukraine by the end of the weekend.

“We’re looking to go into the cities like Bucha, Nikolai, and other cities to the east that are taking heavy casualties. We are working through one Christian organization (whose) drivers are willing to go in and take the risk (delivering) the aid. There (are) some cities (that) have been without aid for a long time,” Guerino said.

Guerino said each trailer costs around $20,000 to put together. The group will be skirting a danger zone “about 200 meters outside of Mariupol.” They hope to distribute aid and bring some of the refugees across the border and into safety.

“Please keep us in prayer to be safe as we go and deliver this aid,” Guerino said. “Some places will take a few days to get there and unload and come back and get more.”

“We have already seen … God‘s hand do miraculous things and open up doors and opportunities for us to go in the further east you go into Ukraine the less the aid and the less the word of God so pray that God will take us into cities that need us the most,” Guerino said.

Pastor Guerino appeared on the April 22 episode of Panhandle Live. You can hear the full segment via Panhandle Live’s Facebook and Spotify.

Anyone wishing to support his mission financially can do so through the Martinsburg Union Rescue Mission website. Designate donations to Ukraine.

Audio: Pastor Tim is seeing while in Eastern Europe: