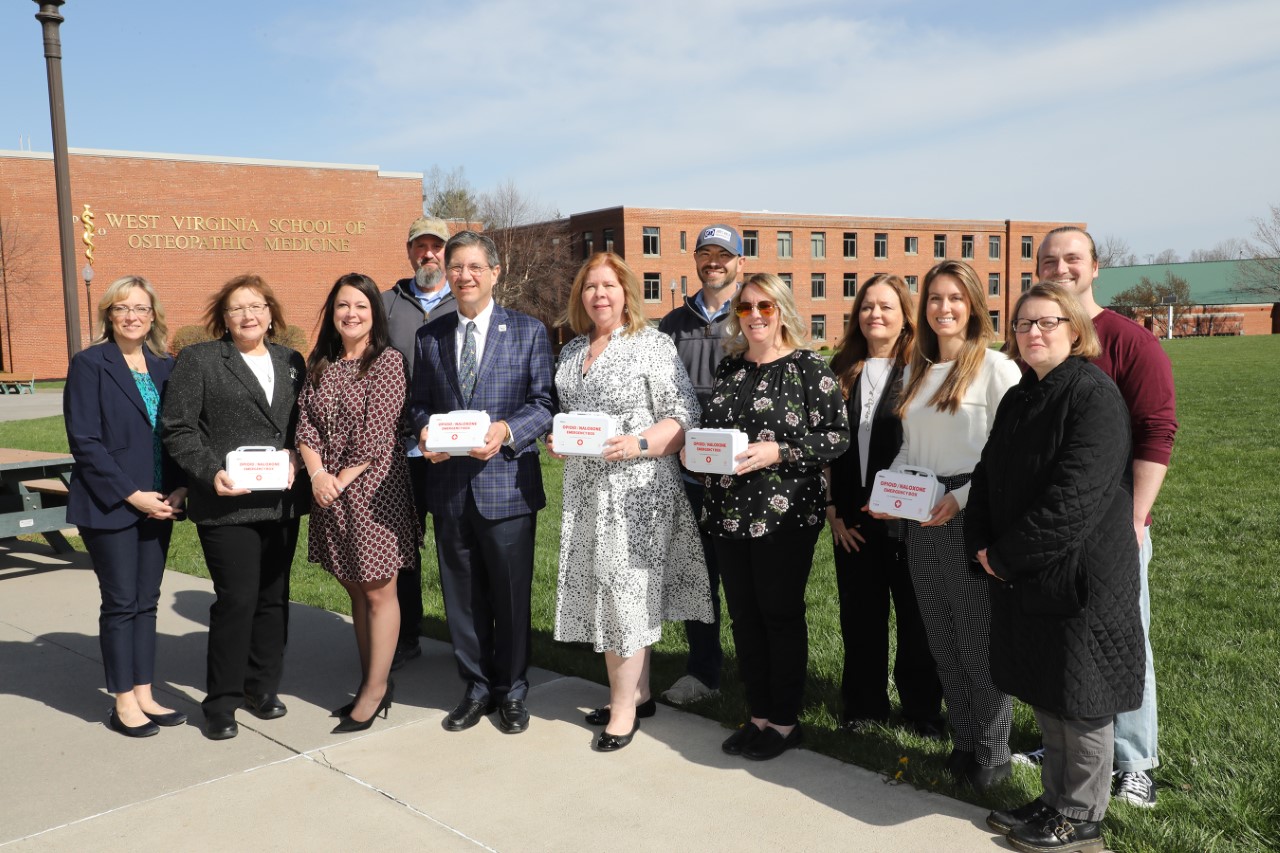 LEWISBURG, W.Va. — Naloxone kits will soon arrive at colleges and universities statewide including on the campus of the West Virginia School of Osteopathic Medicine.

The kits will be available for the community to use in the event of an opioid overdose. Naloxone is an opioid reversal drug that is commonly referred to as the brand name Narcan.

The boxes include two doses of inter-nasal naloxone, a mask, gloves and sanitary wipes.

Barbara Holt, executive director of WVSOM’s Center for Rural and Community Health, told MetroNews placing the units in a school setting can help save a life, not just students and staff.

“We have a lot of guests on our campus. We do not know anyone’s life history. Anything can happen. This gives us an opportunity to be prepared, just like an AED (automated external defibrillator),” Holt said.

Dr. Susan Bissett, president of WVDII, said there’s been a lot of interest from West Virginia’s colleges and universities.

“We have about half of the campuses in the state that have signed up to have the boxes on campus whether that be residence halls or student unions. Some of the campuses are choosing to have one in every single building on campus,” Bissett said.

When you open the kit, a 60-second video plays of Jan Rader, director of the Mayor’s Council on Public Health and Drug Control Policy in Huntington, telling you how to administer the drug. The boxes include two doses of inter-nasal naloxone, a mask, gloves and sanitary wipes.

Each new WVSOM student receives training in naloxone administration, according to Holt.

“We also distribute Narcan to them during their white coat ceremony,” she said.

The goal is to reduce the amount of overdose deaths and to get more people into drug recovery. Bissett said they’re also working with state leaders and law enforcement officials to get more of these kits out to libraries, correctional facilities, courthouses and schools.

“Anywhere there’s people has a potential for an overdose, especially considering how high the chances of an overdose are in West Virginia. I think there’s really no limit to where these could be useful and placed,” she said.

Dr. Matthew Christiansen, head of the state Department of Health and Human Resources’ Office of Drug Control Policy, told state lawmakers this week it appears overdose deaths have peaked since the start of the COVID-19 pandemic, but still remain too high. Nearly 1,300 people died of a drug overdose since April 2021.

The naloxone kits should arrive on colleges campuses within the next eight weeks.