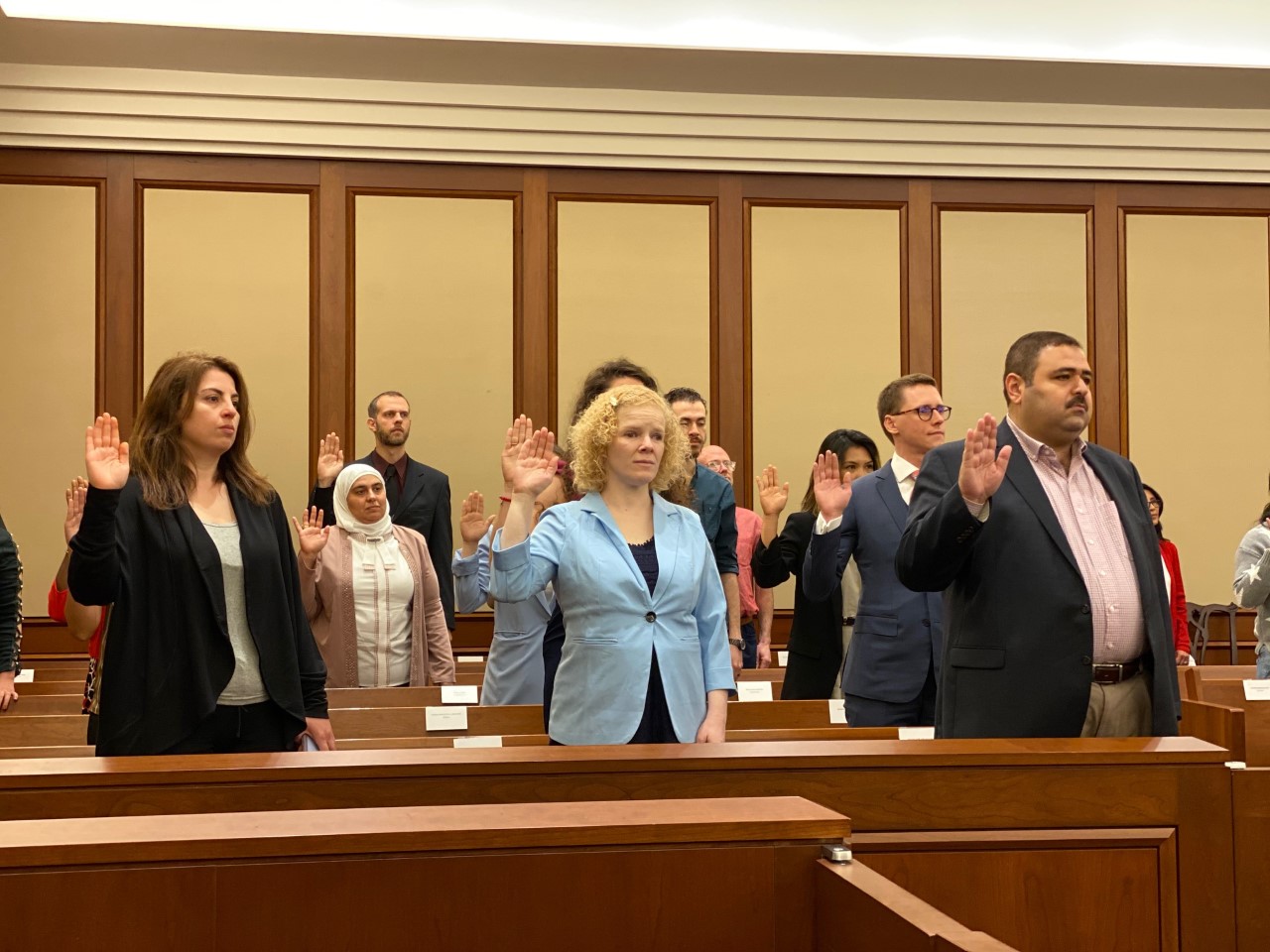 CHARLESTON, W.Va. — A Ukrainian woman is among 63 new U.S. citizens who took the oath of allegiance during a Monday ceremony at the federal courthouse in Charleston.

Kateryna Frazier, 31, is originally from the capital city of Kyiv and moved to Peterstown, W.Va. more than four years ago to be with her finance.

Frazier told MetroNews while she’s excited to become an American citizen, she can’t help but think about her family back home in Ukraine as the Russian invasion continues.

“It’s heartbreaking,” she said. “Not knowing what’s going to happen and when we’re going to be reunited is really hard.”

Frazier said, fortunately, she’s been able to speak to her parents every day. Her entire family, including her young cousins, had to move closer to the western border of Ukraine near Poland to seek shelter from the violence.

“Ukrainian people let them stay in their house. It’s about 13 of them — women and children — in one house,” she said. “They’re staying semi safe. They volunteer and doing whatever they can just waiting until this is all over.”

One of the first things she plans to do is apply for a passport so she can eventually see her family when the time is right. Frazier said the COVID-19 pandemic has also slowed the process.

Frazier said she’s also looking forward to voting in upcoming U.S. elections. She will be eligible to vote in November.