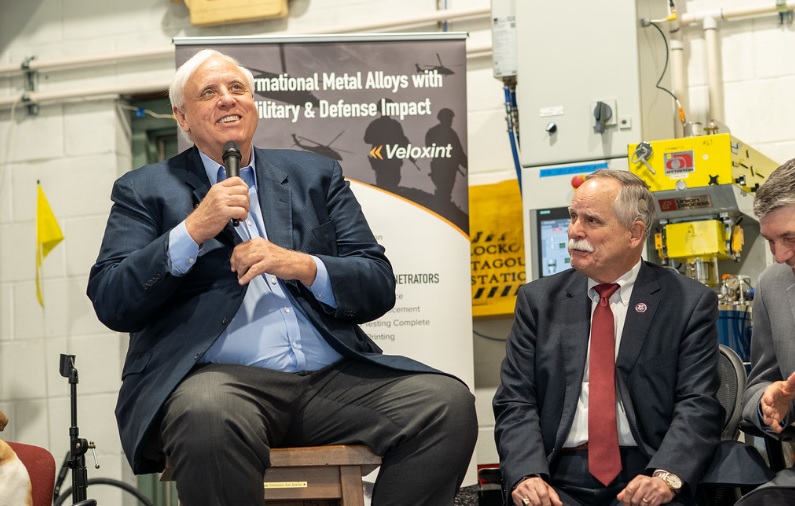 Justice made the comment while on the stump for McKinley at an economic development announcement Thursday afternoon in Wheeling.

“I can tell you that I’m absolutely really close with the Trump family and I know President Trump from time to time can make a mistake and in this one—he’s made a mistake,” Justice said.

Trump first endorsed Mooney late last year. He did so again in a tweet in recent weeks and appeared with Mooney during a telephone rally earlier this week.

“Just think about it, what kind of guts did that take to do it?” Justice said of McKinley’s vote. “At the end the day do we not in West Virginia need that?”

Trump did mention the infrastructure vote during the tele-rally.

“McKinley was in there fighting for it, and that’s against the interests of West Virginia,” Trump said regarding the infrastructure bill.

Justice said he has a good relationship with McKinley. He said he talks to him often and he “drives me crazy” with his ideas but said he’s glad for the communication. Justice said he’s spoken to Mooney once since taking office.

“This man (McKinley) is the man you want,” Justice said.

Justice said McKinley is the only candidate he’s ever endorsed as governor. Justice called for those on hand at Thursday’s event to work hard for McKinley in the last few days of the campaign.

“His election is right around the corner and he could lose. I think he’s going to win but he can lose,” Justice said. “If you believe in me even a thread you’ve got to listen to me. He’s one of us.”

“You’ve got to get off your hind ends now and help him,” Justice said.

The MetroNews West Virginia Poll on the McKinley-Mooney race is scheduled to be released at 10 o’clock Friday.