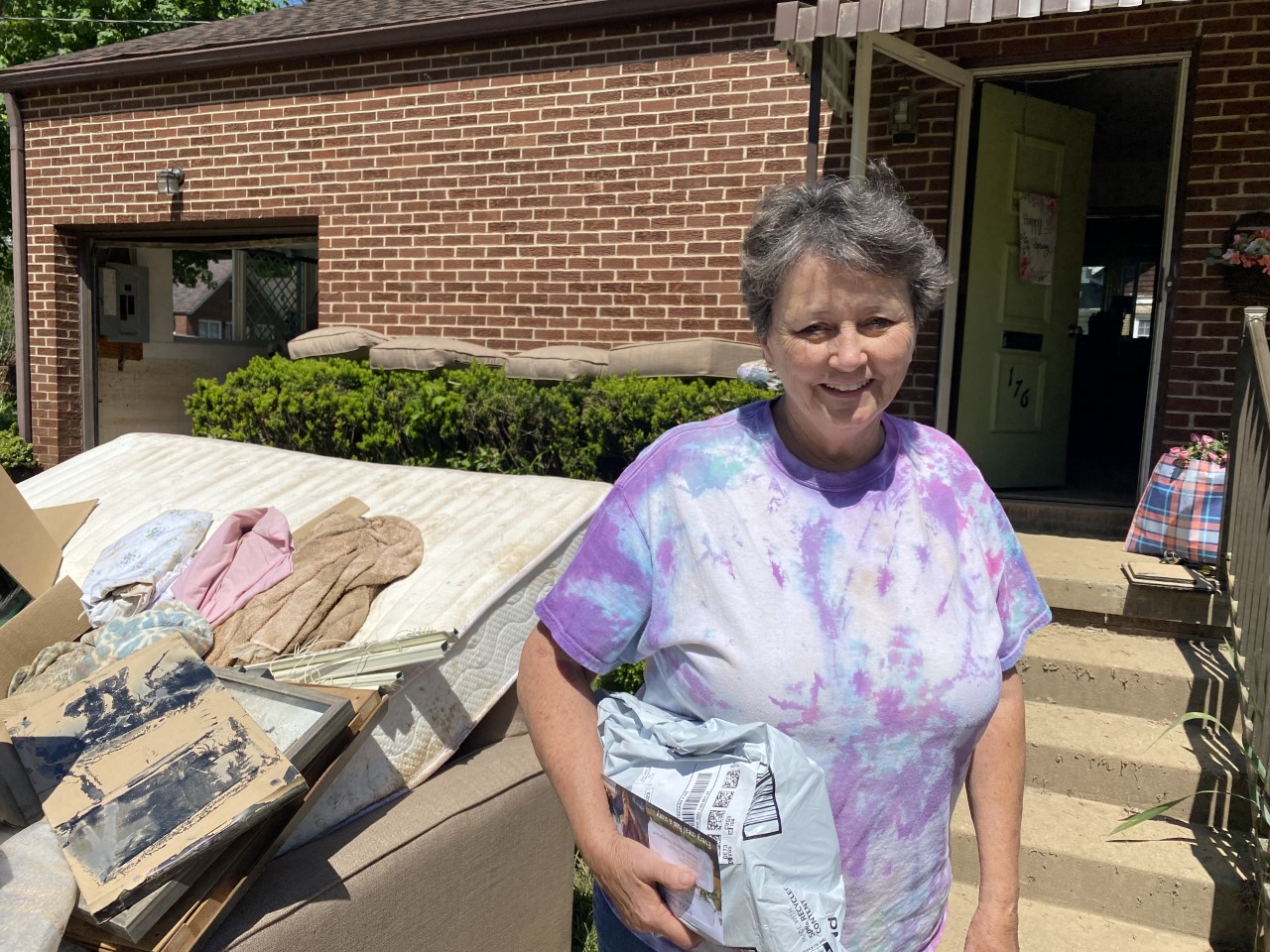 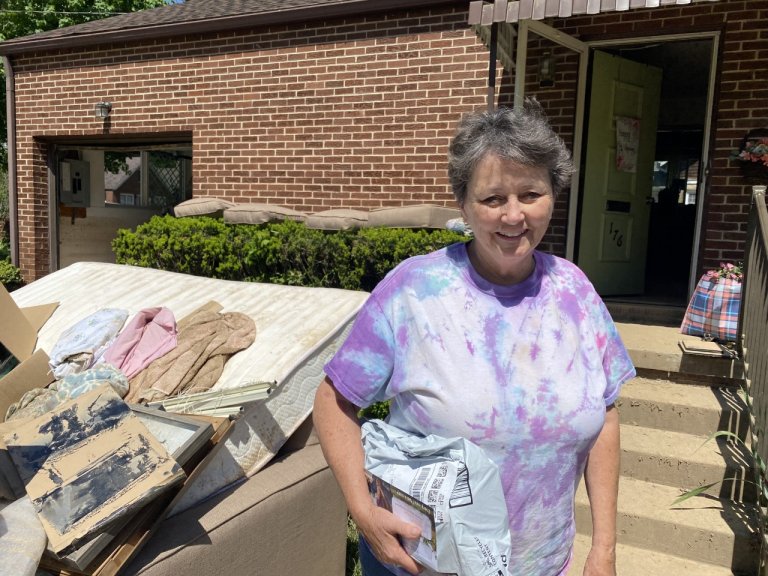 Jane Armstrong lost much of her belongings in Friday's storm that produced several inches of water inside her home in Huntington. Carrie Hodousek/MetroNews 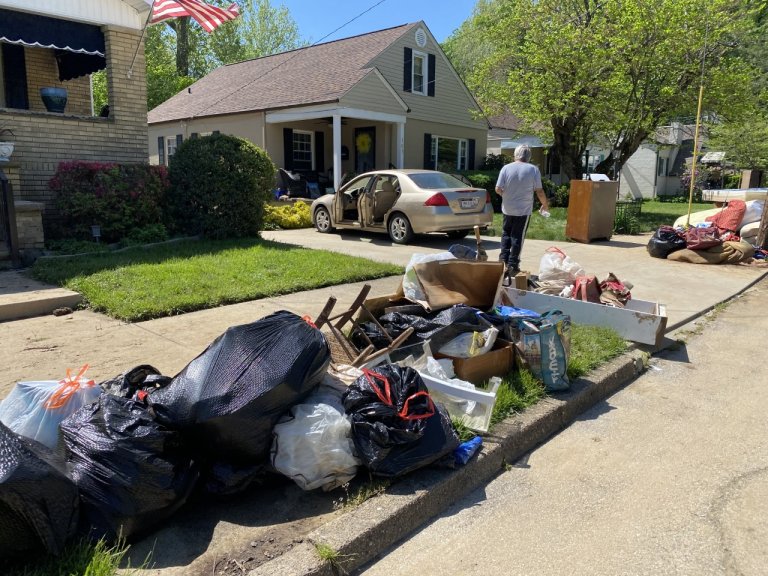 Flood debris lines Fountain Place in the Enslow Park neighborhood of Huntington after the May 6 storm. Carrie Hodousek/WVMetroNews 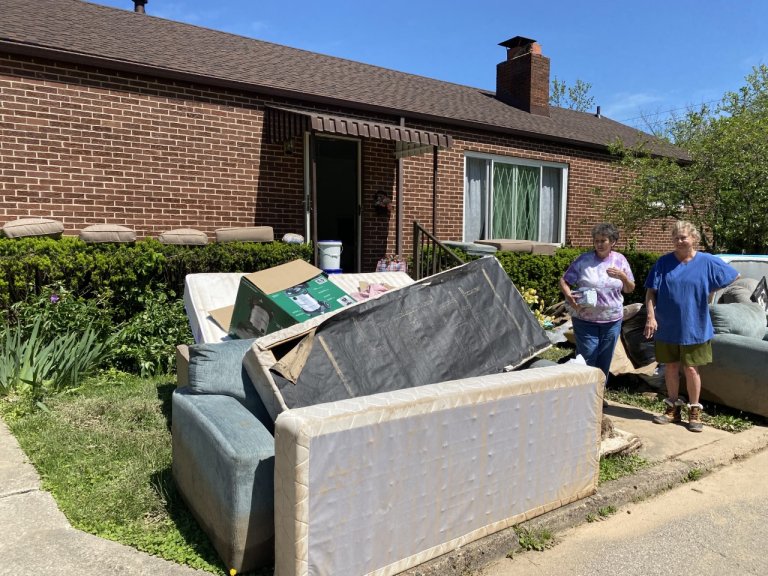 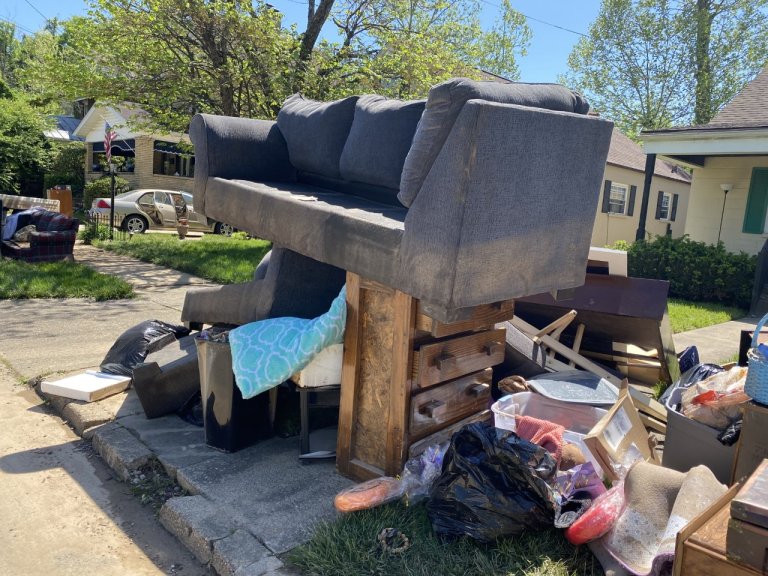 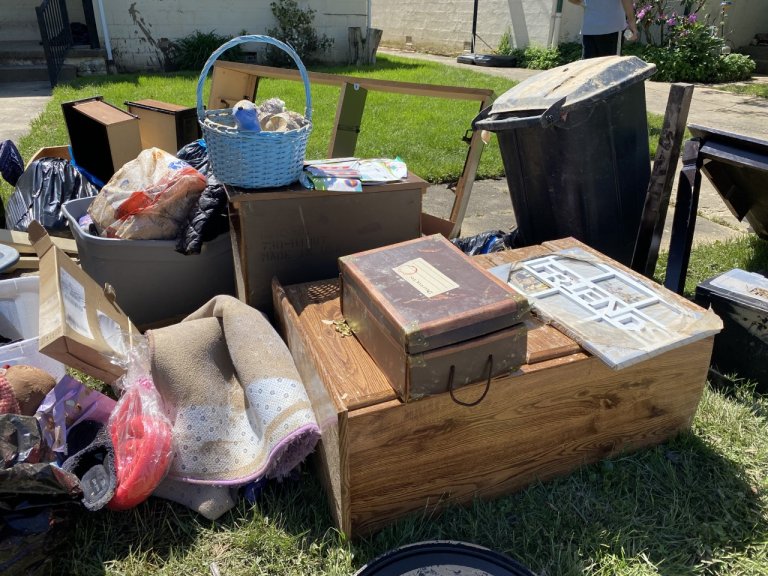 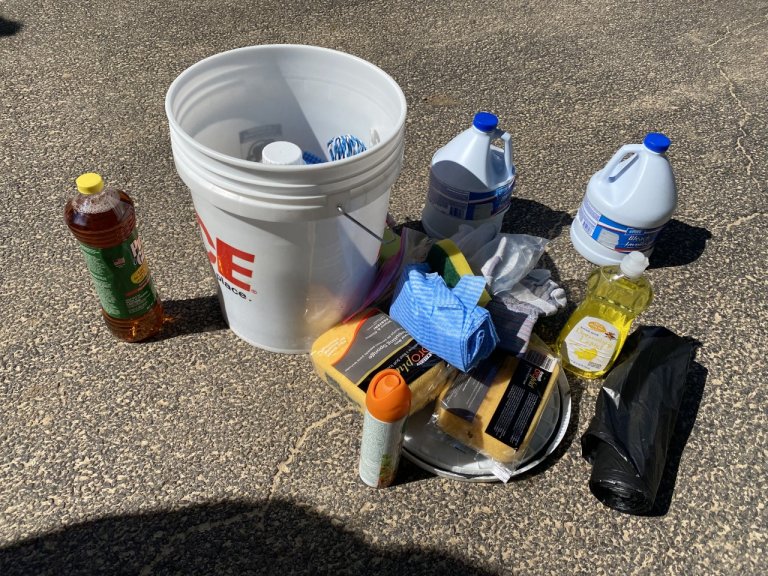 More than 350 flood kits were distributed this weekend. 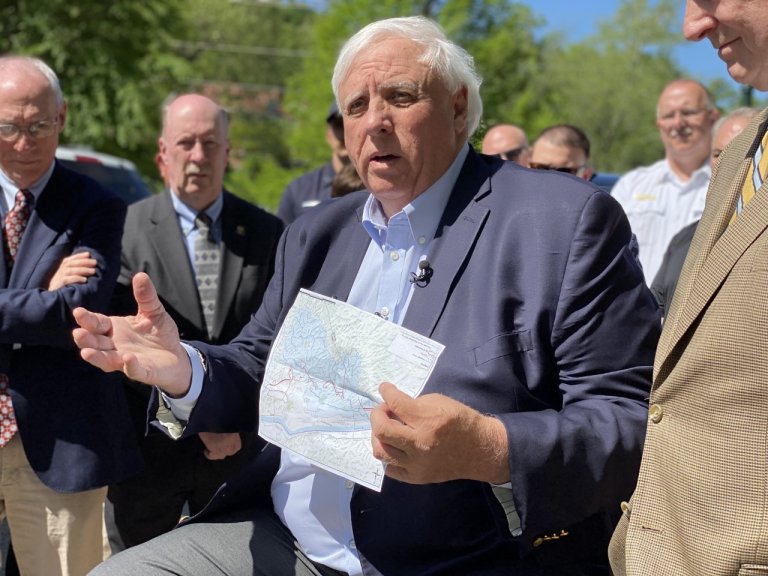 Gov. Jim Justice holds up a map of Huntington to outline the needs in the city when it comes to drainage problems. 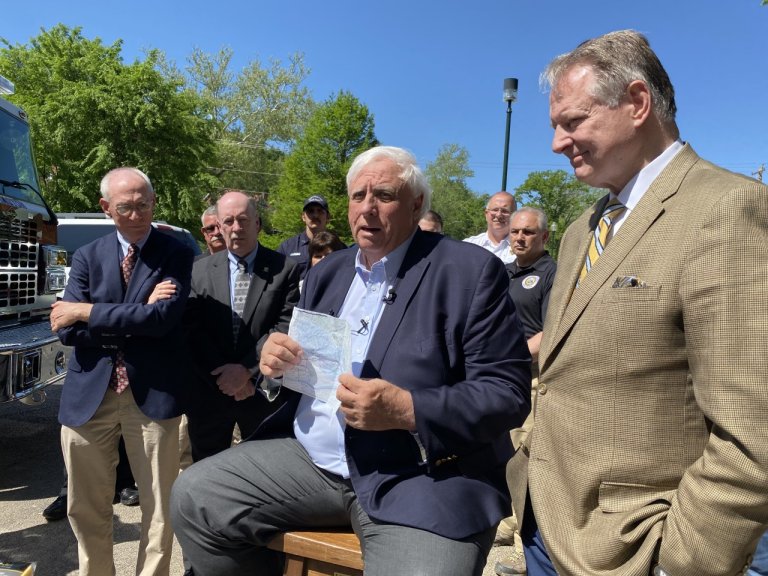 “What we experienced over the weekend was really just a magnifying glass on that we still have work to do,” Williams said standing alongside Gov. Jim Justice in Ritter Park after touring the flood damage Monday.

The storm dumped up to four inches of rain, mostly in the Enslow Park and South Side neighborhoods. Jane Armstrong lives along Fountain Place near Enslow Boulevard where a couch, a mattress, and other items lines her near curb. She told MetroNews the high water destroyed all of her furniture.

“The water was moving pretty fast. It was frightening. I was standing in water up to about my knees for a few hours,” Armstrong said. “I got about 20 inches in the house.”

Jane Armstrong lives along Fountain Place just off Enslow Blvd in #Huntington where she tells me she’ll have to replace ALL of her furniture after flood waters rushed into her home Friday night. @WVMetroNews pic.twitter.com/UANMT0nXFW

Armstrong’s vehicle and precious memories were destroyed including photos of her children and grandchildren.

“I just didn’t think to put them up on high shelves because they were heavy and you don’t expect the house to flood,” she said.

Neighbor Leanna Olsen didn’t get hit as bad, but said the toughest part of surviving a flood is dealing with the aftermath of insurance claims.

“I had my break down this morning, but it’s when you have to call people and deal with the insurance and details. That’s when you’re like ‘I can’t do this,'” Olsen said.

Cabell, Putnam and Roane counties remain under a State of Emergency.

Huntington officials over the weekend handed out more than 350 flood kits to residents in need of cleaning supplies. More kits are available by calling (304)-526-9797.

Friday’s storm brought back horrific memories to Gov. Justice who recalled the 2016 flood in which 23 lives were lost across the state. He told members of the media the most recent flood wasn’t as bad, but it was still painful to see how much loss there was in the community.

“This could’ve been way worse,” Justice said. “It’s surely tragic beyond belief when we lose lives, but is it not tragic almost to that level to see all the memories just gone?”

“Determination and desperation” is how the mayor describes the feeling of flood survivors. @WVMetroNews pic.twitter.com/6equxKzEMc

The governor said West Virginians “live in paradise” with storms that won’t stop, which is why the state needs to act now to financially prevent further destruction.

Williams said the concern lies around the Fourpole Creek Watershed where the water came up faster than the Ohio River. It covers 23.4 square miles, which is bigger than the size of Huntington nearly by double. He said drainage issues there are to blame.

“We need to have a review to determine what would we need to design to make sure that we can deal with something like this,” he said.

A man died being swept away by floodwaters in Milton Friday.

The storm caused a number of water rescues, power outages and road blockages over the weekend.

Justice reminded residents to document photos and to keep all receipts.

“You can’t have too many records,” Justice said. “It’ll really be important once this is all cleaned up.”