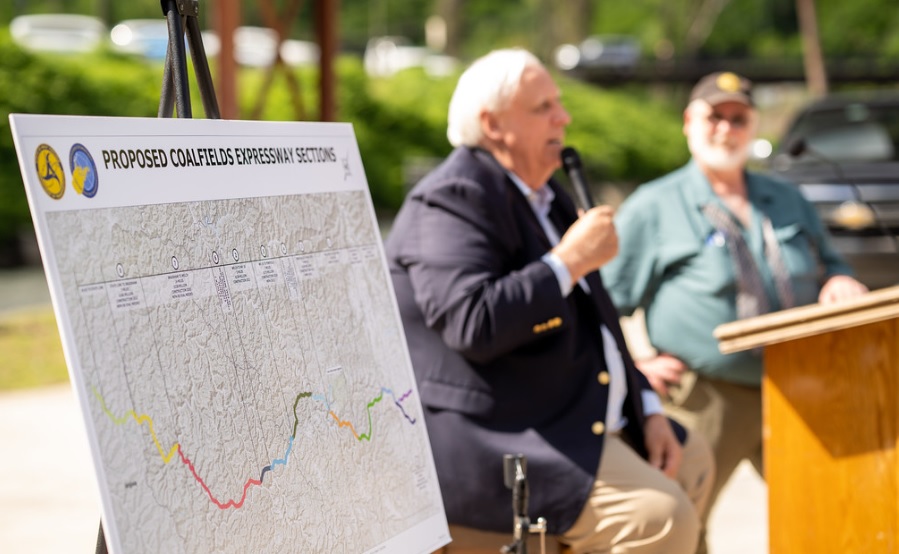 WELCH, W.Va. — The state has awarded a $147.6 million contract to a Lexington, Kentucky contractor to build the next section of the Coalfields Expressway in southern West Virginia.

Wriston called the section, which will include the moving of 16 million yards of dirt along with the construction of two ramps, two bridges, the “linchpin” to completing the much talked about highway.

“This is the one that starts the drum beating. This is the beginning of the end of getting this done,” Wriston said.

Justice pledged Friday he plans to make more announcements about the Coalfields Expressway during the next two years.

“I am trying every single way in the world that I possibly can to move the Coalfields Expressway as far down the road as I possibly, possibly can before I leave office,” Justice told the crowd gathered at the Martha Moore Riverfront Park in Welch.

Justice said earlier Friday those who live in the southern coalfields deserve to have a less difficult way to reach other parts of the state.

“We need it done to where those folks in counties that are so beautiful across the charts—but those folks need to be brought in to all of this goodness that is going on all across our state now,” Justice said.

Wriston said the Welch project, which has a completion date of June 2026, will include 10,000 feet of large drainage pipe, a connector road on the west side and access to Indian Ridge Industrial Park at the federal prison.

The project did come in what Wriston described as “a little above” the engineer’s estimate.

The Coalfields Expressway is part of Justice’s Roads to Prosperity program. Wriston said it and Corridor H are the priorities.

“We’ll still going to do lots of other work too,” he said.